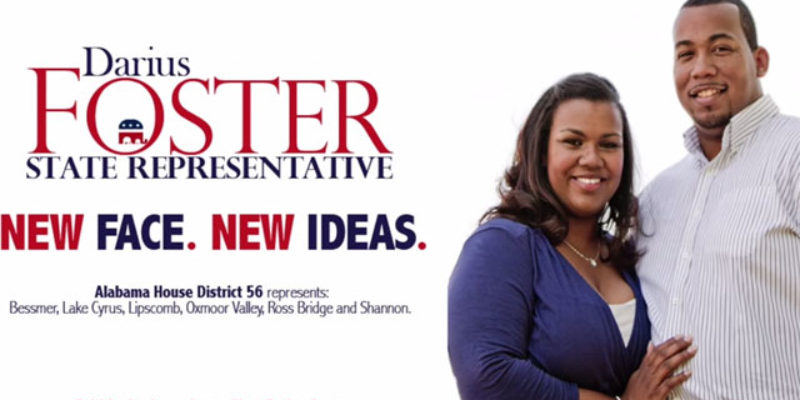 What can we say? We LOVE this ad. Republicans are usually pretty good at drawing distinctions between themselves and their opponents, but the value of ads like that can be limited – engaged voters like issue ads which frame an election, but the low-information voters who aren’t policy junkies and vote based more on cultural influences than political ones tend to get turned off by them.

Remember: Ronald Reagan was a CULTURAL figure in America long before he became a political figure. It was Reagan’s cultural street cred which made conservatism cool, and even then it took a long time for him to turn cool conservatism into political power.

So how do you insert a little cultural street cred into a political campaign? Present the public with an image they’ll find pleasing. And offer yourself as someone who anybody can approach and find common ground with.

Meet Darius Foster, a black Republican running for state representative in Alabama, who challenges the little boxes people would insist on putting him in based on his race, etc…

This is a guy you can like, and this is an ad which should go viral. And this is a candidate who needs to win.