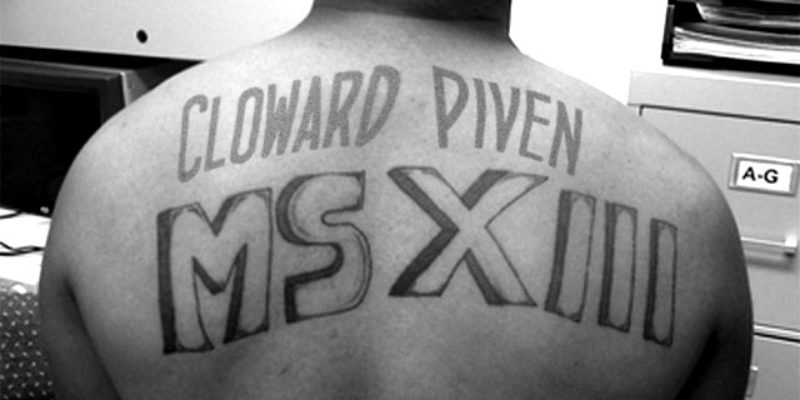 In 1966 two socialist professors and political activists espoused and started a movement designed to overload the American welfare system. It called for the government to establish a guaranteed income for the poor and disestablish the welfare system in force at the time. Cloward and Piven (C/P) were dedicated to driving the Democrats (who were in force in both houses of the Congress as well as the presidency) to move toward this establishment of a guaranteed wage. Cloward and Piven fully understood the way their program worked.

It was fully expected that as the strategy was implemented on the small-town/medium sized city there’d be consequences. The consequences would make life better for welfare recipients almost immediately and for the short term would increase support for the Democratic Party by giving away benefits subsidized and funded by taxpayers. This would eventually overload local governments by causing severe stress on financially strapped state economies and force the federal government to take over the public welfare system.

Cloward and Piven said: “The ultimate objective of this strategy—to wipe out poverty by establishing a guaranteed annual income—will be questioned by some. Because the ideal of individual social and economic mobility has deep roots, even activists seem reluctant to call for national programs to eliminate poverty by the outright redistribution of income.” (Wikipedia 2014)

Now where have we heard that statement: “redistribution of income” before? This strategy relies on the manufacture of crisis by politically motivated operatives bent on controlling the lower classes by seemingly never-ending giveaways of public funds rather than generate income from an active and involved employment future for the masses being given instructions to live on the dole. The employed foot the bills and the power and strength of the Democratic Party strengthens both politically and socially.

Rahm Emanuel stated: “You never want a crisis to go to waste.” It’s from this theory we see political discourse shifted from the debate and usage of logic and reason and throws it into the political arena as an emotionally immature and self-centered ideology pandering to the baser elements of human existence. It morphs from politics as a logical practice seeking parity in the masses by allowing the lower classes to participate and grow through capitalism, to politics as continual theoretical practice seeking equality for those same masses by diminishing the holdings, through taxation, of the middle class. The members of the theoretical class, those following Cloward and Piven; the union leaders, the organizers and the political hierarchy pushing this travesty are already among the wealthy class because they take the union wages and draw income. They take union political campaign donations and fund their efforts while skimming from the top. The C/P activists subsidize their personal lifestyles while casting crumbs before their slavish constituencies and telling them how much they’re for the “little guy”.

As we watch the tsunamic flow of illegal alien children cascading across our southern borders (and seemingly with the consent of the White House) we can see how Emanuel is probably beaming because this “crisis “ isn’t going to waste. It’s straining the locals to a breaking point. It’s economically threatening the financial safety of those locales. It’s threatening to overload school districts not ready for the influx of thousands of English language deficient children. Welfare will be stretched to the limit. The national economy will be bled dry from the hemorrhage of dollars made weaker by the limitless production of dollar bills backed by the full faith and credit of an ethically bankrupted and morally desiccated administration.

Crisis is a matter of being unprepared for those disasters take us by surprise. It is to mankind’s credit that humans respond in an appropriate manner to come to the aid of their brothers. But, this is because there’s preparation takes place for those times when emergency may dictate the dedication of some of the stores a society holds in storage to maintain their survival.

This isn’t a Honduran crisis. It’s another crisis ginned up by Democrats to gain votes both now and in the future. It’s a strategy to lower all people to the lowest common denominator.