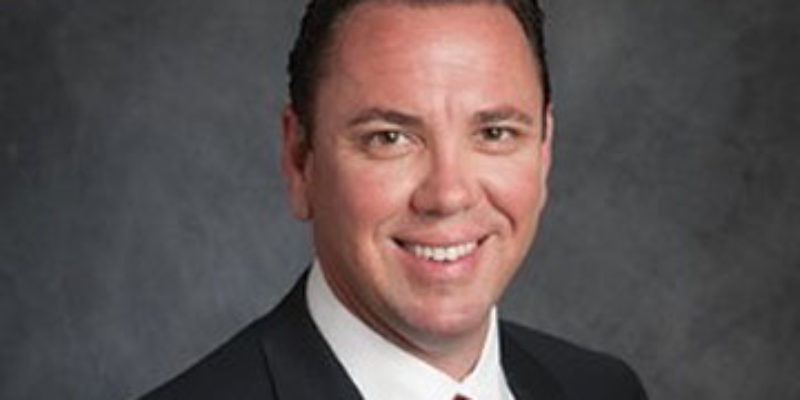 Qualifying begins this week for the Fifth Congressional District contest where Democrats hope the stars align to give them an improbable victory, the incumbent running on the fumes of his office wishes to hang on, and whether Republicans can find an answer to prevent the cataclysm of a Democrat win or the nuisance of the incumbent’s reelection.

That guy, Rep. Vance McAlllister, leads in the only independent poll (if its producer is skeptical of McAllister) to date taken on the contest, but with an incredibly underwhelming 27 percent. Not far behind him at 21 percent comes Monroe Mayor Jamie Mayo, who ran in the special election against McAllister last time but whom McAllister aced out of the runoff as Mayo performed in underwhelming fashion, getting just 15 percent of the vote in a district where black Democrats (Mayo is black) comprise 26 percent of the electorate (another black candidate then got 3 percent of the vote).

However, they are going in opposite directions. Given that Mayo looks to be not only the only prominent black candidate in the contest but also the sole prominent Democrat, the smattering of non-black liberals in the district could boost his total in the general election above 30 percent. He’ll be almost a sure thing for the general election runoff.

By contrast, McAllister probably has peaked and likely will go downhill from here. Damaged first by revelations of marital infidelity, then by declaring he would not run again in order to repair the injury to his marriage and family only to double back on that within three months by saying his family told him everything was hunky-dory for him to continue, he is seen by many variously or in combination as a charlatan, hypocrite, lacking in good judgment, and/or more interested in power than anything else. While some who say they support him will stay with him unless the next time it’s not a live girl but either a live boy or dead girl, others have picked him only because of name recognition (the poll forced a choice, leaving no undecided answers) and/or have not learned enough about Republican alternatives.

Republican activists hope that is the case. He’s bucked conservatives on a few issues, and the last thing they want is an irritant like him to survive at the expense of a genuine, reliable conservative. The question is how many non-black liberals in the district will sacrifice the slim chance Mayo has of winning – counting on conservative disgust with McAllister who they hope to draw in a runoff matchup with Mayo that will give the latter victory (the poll said 36 percent would vote against the former definitely in a runoff and 29 percent said they might) – over the half loaf of getting the least objectionable McAllister in a runoff with a conservative Republican opponent where it’s a tossup, to see how much erosion ends up harming the incumbent.

But for Republicans to prevent this latter scenario, there has to emerge a candidate capable of acing McAllister out of the runoff (or perhaps Mayo if liberals try the strategic loss-cutting strategy). This poll and fundraising information from the candidates (which shows McAllister has almost no funds on hand and Mayo with none yet) leads to some interesting possibilities.

Businessman Harris Brown, who has held minor appointive office, lags the field at 6 percent despite having raised the most money and apparently has the most “establishment” support (besides being related to another primary loser previous, state Rep. Jay Morris, he also has drawn support from several prominent past politicians of the area and includes a relative by marriage to Democrat Sen. Mary Landrieu). From Alexandria, former Grant Parish District Attorney and longtime conservative activist Ed Tarpley has raised relatively little money and drew 9 percent.

At 14 percent was political neophyte and salesman Zach Dasher, related to the popular culture favorite Robertson family (who had backed McAllister in the special election) who has raised almost as much as Brown from a relatively narrow circle of donors (not surprisingly, many of them from the Robertson clan). Yet most intriguingly, having only raised a little over $100,000, or about half of Brown’s total, with most from the rural parts of the district, getting 18 percent was Dr. Ralph Abraham, who not only comes off as the most ideologically conservative and least establishmentarian of the bunch, but who also has decades of military and community service in the area under his belt. The remaining 5 percent went to a Libertarian candidate.

With his resources, Tarpley doesn’t have much room to grow outside of Alexandria. Brown’s support is in Monroe and has the resources to grow, but his lackluster poll numbers question whether he can multiply enough support. Dasher’s appeal at this point is not broad enough so the question there is if he can use his resources to get beyond what some see as a creature of a politically-active family. Given his early start that has awarded him the largest base at present and that, again, it is likely that McAllister’s support disproportionately is soft, Abraham may have the best shot to make it to the runoff of the conservative Republican challengers.

As previously noted in this space, if all of these active candidates do qualify, unless one of these challengers can separate from the others, the nightmare scenario for Republicans might come to pass.

Interested in more national news? We've got you covered! See More National News
Previous Article VIDEO: Cassidy’s New Attack Ad On Landrieu May Be His Best Yet
Next Article UPDATED: LAGOP’s #AirMary Attack On Landrieu Is Hysterical But True