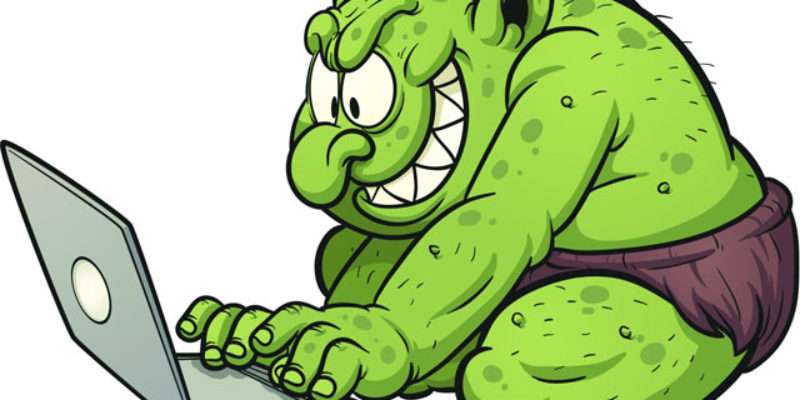 Last month our award winner was the dustup over a Texas state legislator who used the word “coonass” while telling a joke about the difficulty of teaching people English. That was bad enough, but we might have something which beats it this month.

This month, we have stupid attacks in the 6th District race aimed at one candidate in particular, by one political operative in particular.

And it’s a double feature.

First, there is this…

That’s Garret Graves using the s-word, and it comes from something called the Louisiana Conservative Alliance blog.

The Louisiana Conservative Alliance is Pat Bergeron’s site. Who’s he allied with? Well, Bergeron is an old-time Louisiana political operator known for being the guy you hire when you want to do black-bag operations on a political opponent. Bergeron used to have the LANewsLink site a few years ago until it went away, and his game was to play up positive headlines for his clients and, more importantly, to also play up negative headlines for people his clients were siccing him on.

And a perusal of Bergeron’s current offerings shows his M.O. hasn’t changed. Somebody is siccing him on Graves, so now he’s calling him the Cussing Congressman.

The “I made that s–t up!” line actually comes from a TEDx talk Graves gave at LSU back in May, which is well worth watching as a matter of education because he talks about Louisiana’s coast and the resources and challenges associated with it. You’ll find Bergeron’s favorite line about 13 minutes in or so…

So “I made that s–t up!” is actually Russell Honore’s line that Graves is quoting from a story he was telling about how much cost savings the federal government can realize by investing in rebuilding Louisiana’s coast rather than paying for hurricane recovery. The generally-accepted figure is a 3-to-1 savings or even 4-to-1, but Honore’ said it was 16-to-1 at some event Graves attended, and “I made that s–t up!” was what Honore’ told Graves when he asked him afterwards for a reference he could look at.

And then Graves apologized for using the s-word. What a badass this guy is.

Bergeron then found more “dirt” on Graves. There was this… 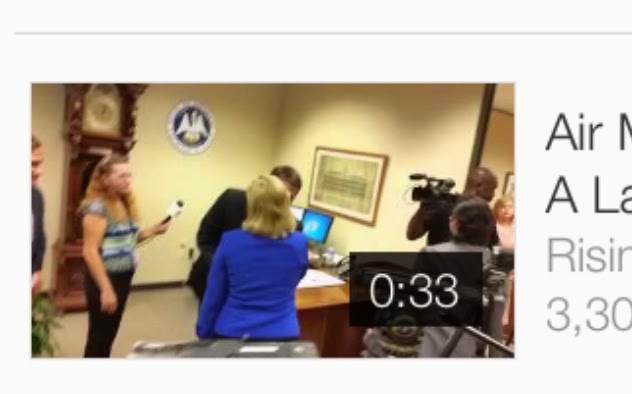 What is that? It’s Graves giving Mary Landrieu a peck on the cheek when she arrived at the Secretary of State’s office to qualify for her re-election campaign earlier this week. Graves was already in there qualifying for his race in the 6th District, and what we saw was an exercise in civility.

And the event was captured on video because America Rising is tracking Landrieu, and when she walked in the building the LAGOP had hammered her with the “Air Mary” show complete with a pilot and a stewardess and a guy waving flourescent cones to direct her to the proper office to qualify. Which was uproariously funny and we had a post on it.

But America Rising’s video was originally about a minute long, and it included Graves giving her a kiss and another 20-25 seconds of nothing of importance. Somebody at America Rising edited the video down so it cuts off before the kiss, probably because America Rising is a Republican outfit and Graves might very well be the Republican in the runoff with Edwin Edwards so why have that out there for the Edwards people  – or the Landrieu people – to use?

Here’s Bergeron about that…

CASSIDY & MANESS SUPPORTERS PAY CAREFUL ATTENTION: Yesterday I posted this video of Mary Landrieu qualifying.
LAST NIGHT IT WAS EDITED!. THEY TOOK OUT MARY KISSING HER BUDDY GARRET GRAVES in the office,,
The questions are why and who had the power to do that! Thousands of people had already seen the ‘Cussin’ Congressional candidate in action..

ADDED: Just discovered that this video was produced and possibly edited by a political PAC. Among it’s employees are Garret Grave’s political consultants. You may remember them from the news a few weeks ago being sued in a contract dispute. “Morally and ethically the court has a severe problem with this type of thing” – 19th JDC Judge Tim Kelley. Guess that about sums it up.

He’s talking here about Jason Hebert and Scott Hobbs of The Political Firm, and the court case he’s talking about we already covered here. In fact, the first post of any substance at Bergeron’s new blog was a “news release” from Cassie Felder’s campaign about that lawsuit.

Which gives rise to a very common perception among the politicos you talk to that Bergeron is on Felder’s payroll and he’s busy trolling the Graves campaign in furtherance of his typical role. Others say it’s Dan Claitor’s campaign paying him, though we asked around about that and it doesn’t sound like Claitor, or Roy Fletcher, his consultant, is doing anything with Bergeron.

Now, Bergeron denies that he’s being paid – and there is nothing on Felder’s campaign disclosures which shows him being paid by her campaign. That said, absolutely nobody believes Bergeron is spending his time trolling Graves (and Hebert and Hobbs, for that matter) out of some sense of civic spirit. Said one veteran consultant we talked to this morning, “He’s catching a check from somebody with an interest in that race, because that’s what he does.”

If that’s the case, whoever Bergeron is working for isn’t getting their money’s worth. An s-bomb and a kiss? Seriously? If this is all he can dig up on Graves he’s actually helping him.