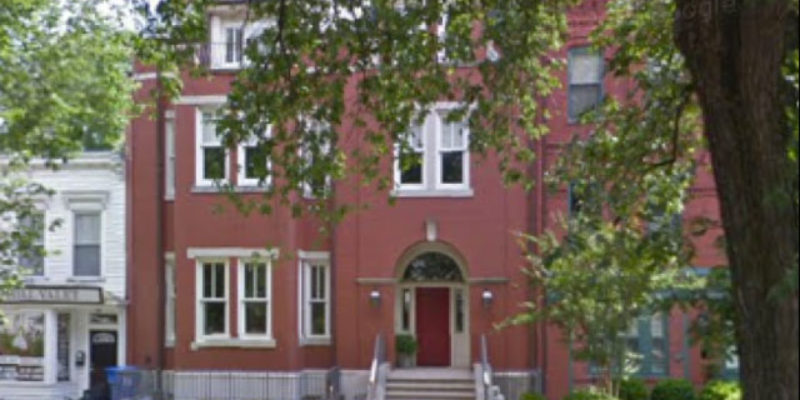 …and trying to get her off the ballot with a court challenge isn’t going to produce the result her opponents want. I’m concerned this is going to backfire and hopefully Bill Cassidy’s camp doesn’t participate in it.

To catch you up on the latest Labor Day Weekend developments, the two “other” Republican candidates have filed papers attempting to stop Landrieu’s candidacy on the basis that she doesn’t actually have a home in Louisiana.

Rob Maness was first. He sent a letter to Secretary of State Tom Schedler asking that the latter “investigate” Landrieu’s residency status following her disclosure that the residency she’s using to qualify is a house her parents live in which is owned by a trust she shares in with her eight siblings and said parents.

“The Constitution, Louisiana law and common sense say candidates for Senate have to live here when they qualify — all of the evidence shows that Mary Landrieu doesn’t live here,” Maness said in a statement.

“Election Code empowers our district attorneys to object to a candidate’s qualification when presented with evidence,” he continued. “There is no question that compelling and overwhelming evidence has now been presented. The most appropriate way to resolve this is to have the law upheld by the proper authorities.”

And then Paul Hollis, who was in the race before dropping out and endorsing Cassidy earlier this summer, followed suit. Literally.

Hollis dropped a lawsuit on Landrieu in state district court in Baton Rouge on Friday, alleging she can’t represent Louisiana in the Senate because she doesn’t live here.

Under U.S. law, only “an inhabitant” of a state can be elected to the U.S. Senate to represent the state.

“Mary L. Landrieu is in reality a full-time permanent inhabitant of the District of Columbia. … (B)y all measurable and legal standards, her actual domicile is her 2.5 million dollar residence on Capitol Hill, the only home she owns,” Hollis, a Republican state representative from St. Tammany Parish, said in a lawsuit filed Friday in state district court in Baton Rouge.

Here’s the thing – these legal challenges aren’t going anywhere. We’ve been here before with Republicans trying to get rid of Democrat senators in Louisiana on residency challenges, and as you might imagine the results weren’t positive.

Back in 1992, this was tried on John Breaux – who was a whole lot less of a Louisianan at the time than Landrieu is now.

Basically, plaintiff alleges that John B. Breaux is not an inhabitant of the State of Louisiana.

The United States Constitution in Article I, Section 3, clause 3 provides:

No Person shall be a Senator who shall not have attained to the Age of thirty years, and been nine Years a Citizen of the United States, and who shall not, when elected, be an Inhabitant of that State for which he shall be chosen.

(Emphasis by the Court).

The qualifications prescribed by this clause are exclusive and neither a state constitution nor state law can add to nor take away from such qualifications. Stack v. Adams, 315 F.Supp. 1295 (D.C.Fla.1970).

As we read the qualifications for United States Senator as prescribed in the United States Constitution, an individual shall be an inhabitant of the state from which he is chosen when elected. We find no requirement therein that the candidate be an inhabitant of the state when he qualifies to run for the office. Thus, we conclude the allegations concerning inhabitancy cannot state a cause of action prior to the election.

And that was that.

It’s going to take 30 seconds for one of the judges at the 19th JDC in Baton Rouge to come to the same conclusion and toss this case.

Which means Landrieu is then going to claim that the question of her residency is closed, that she’s got a judge’s imprimatur on her and nobody can say anything about it anymore. So if you make that subject an issue in the future it’s just a petty partisan distraction from her great record helping the folks in Louisiana by representing them with all kinds of clout, blah blah blah.

And the sycophants in the Louisiana media, led by the execrable Bob Mann but certainly not to the exclusion of many others, will dutifully swallow that and castigate those spiteful Republicans and the Tea Party for their mean-spirited tactics.

It wouldn’t be a great shock, moreover, if Landrieu or somebody in her camp were to let fly with the irony of Maness, who’s not from Louisiana and whose campaign is populated by carpetbaggers from New Jersey and such places, questioning whether she’s really a Louisianan. Then again, Landrieu’s interested in building Maness up rather than trashing him, so maybe you won’t hear that out of her camp.

Maness’ campaign put out a missive over the weekend patting itself on the back about how it’s “leading” on Landrieu’s “Failure To Launch” problem of still living at her folks’ house and how Cassidy has taken a back seat.

To me, this is Stupid Party politics. Yes, it generates more headlines on the residency issue – but if you want to drain Landrieu’s base, which is what this campaign ought to be about if you want to win it, the focus shouldn’t be on whether she has residency in her old bedroom at Moon and Verna’s crib. If you want to affect voters who haven’t already decided to vote against her what you want to do is make everybody know that she owns a $2.5 million house in DC and have them realize how opulent her lifestyle is while the poor people in Louisiana suffer with bad health care and crime and crappy schools and lousy roads and no good jobs in the inner city. You make her Marie Antoinette Landrieu from a far-off mansion in Washington, and you have her saying “Let them eat King Cake.”

Nobody’s doing too much of that, outside of a great TV ad Americans For Prosperity is running right now about it which will be a lot more effective than what Maness and Hollis are doing in trying to knock her off the ballot. You always want to make a show of being on the side of the voters deciding the election and nobody else. This looks like you’re trying to cheat and win on a technicality and the moderates and independents won’t like it. Not to mention it will harden her base, because she’s going to go to them with the “those awful Tea Party people are trying to get a judge to remove me from the ballot, and I need $5 from you for my legal defense which is gonna be ultra-expensive,” and that will rile them up.

Maybe Cassidy will play the Marie Antionette Landrieu angle. He’d be wise to stay out of the residency/eligibility thing, other than to say something cute like “Mary needs to be an inhabitant of Louisiana when elected, and this question is moot because she’s not getting elected this time.”