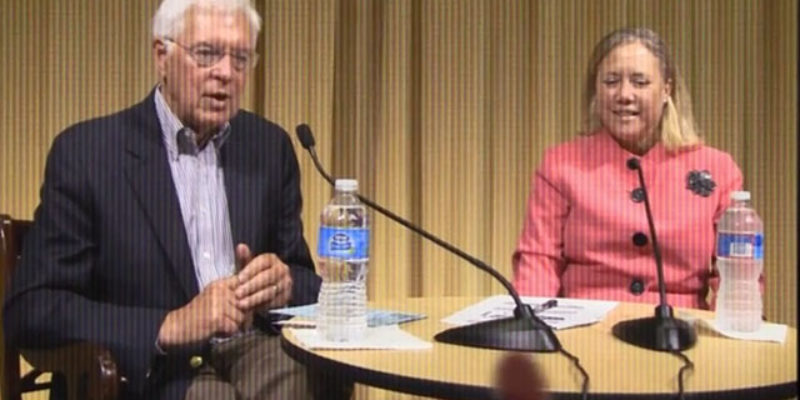 Last night in discussing the legal challenges to Mary Landrieu’s re-election campaign by Rob Maness and Paul Hollis on the basis that she doesn’t live in Louisiana, we said this…

To me, this is Stupid Party politics. Yes, it generates more headlines on the residency issue – but if you want to drain Landrieu’s base, which is what this campaign ought to be about if you want to win it, the focus shouldn’t be on whether she has residency in her old bedroom at Moon and Verna’s crib. If you want to affect voters who haven’t already decided to vote against her what you want to do is make everybody know that she owns a $2.5 million house in DC and have them realize how opulent her lifestyle is while the poor people in Louisiana suffer with bad health care and crime and crappy schools and lousy roads and no good jobs in the inner city. You make her Marie Antoinette Landrieu from a far-off mansion in Washington, and you have her saying “Let them eat King Cake.”

No sooner did we write it than there is evidence somebody on the GOP side actually understands how to play the Landrieu Of Washington card without looking like they’re trying to win an election on a technicality.

And when we saw who actually figured out how to present it, our jaws dropped.

That ad was posted to YouTube today, and you’ll start seeing it on TV this week.

It’s from American Crossroads, the Karl Rove RINO Establishment outfit we often castigate for wasting millions of dollars of its donors’ money on pablum ads aimed at soccer moms who just as often vote for a candidate based on whether they like his tie at the last debate than anything of substance. In this case, that outfit has actually hit on a substantial, and what we predict will be a highly effective, message – namely, that Landrieu doesn’t just live in Washington but she acts as though she’s a citizen of Washington. She procures federal swag for Washington. She pals around with the mayor of Washington. She gets money for schools in Washington.

It doesn’t quite do the Mary Antionette thing we think somebody ought to do, but it does show that while Landrieu brags about being a benefactor of Louisiana empowered by her DC Insider status in truth the state isn’t getting anything close to her full attention.

This is very good. Surprisingly good, in fact. If Rove’s outfit had been producing ads this good in 2012 they probably wouldn’t have overseen a nearly pristine record of defeats for candidates they backed in Senate races.

To be sure, this issue is an easy one for Republicans to feast on. But it does take a little bit of nuance. You have to empower Louisiana voters to decide that Landrieu doesn’t represent them in the Senate since she doesn’t live here, but once you’re restricting yourself to that playing field there is a lot you can do with the absentee landlord who is this state’s senior Senator.

So on this, congratulations to Rove.

UPDATE: We’re not the only ones impressed. The Washington Post calls the ad “damning” and suggests it will make for lots of regret in the Landrieu camp.