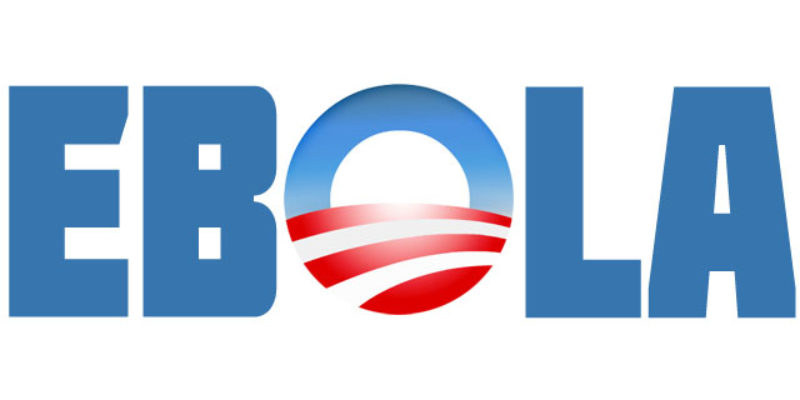 So; where do we go from here? We have Obama actually cancelling junkets and in general confusing the bejeezus out of everybody because he’s paying attention to Ebola. Maybe it’s because he said his policies and administrative programs are going to be tested in the midterm elections.

He can’t walk that back. It’s a clear cut statement he’s seen his legacy won’t be worth a damn unless he gets some points on the board. And lately, he’s been pretty slack on the lay ups. He’s managed to tick off his base and forced every major senatorial candidate into running from him like rats from a sinking ship rather than have him campaign for them.

There’s only one problem with this epiphany he’s come to. That would be the point nobody believes a bloody thing the fool has to say. He’s said so much that’s been refuted, controverted and just flat proven to be wrong his credibility is nil. He’s come to think we’ll swallow anything as long as it’s delivered with sugar-coated oratory and good ship lollipop optimism. It was a golden time of hope for change and the delightful maxim of “Yes we can” and “Forward” as all good commissars were instructed to harangue the masses with to increase production and show fealty to the state.

Now we have a wing-shot duck plummeting to the sewage he processed and his presence as a lame-duck is evident. The guy never was too good at that “timing thing” once he was inaugurated.

His overwhelming need to abandon Iraq has turned around to bite him in the butt. ISIS/ISIL isn’t a JV squad to be minimized and underestimated. It’s a Radical Islamist juggernaut tearing the Middle East apart. Obama’s isolation and rejection of Israel has not only threatened that state, it’s placed us in a position of revulsion and distrust concerning our sincerity as an ally. Having Leon Panetta divulge Israel secret battle preparations was an example of Obama’s duplicity and treachery. He’s president and don’t you forget it. Telling Benjamin Netanyahu Israel would have to return to the pre-1968 borders to ensure “peace” in the region was one of the stupidest things a sitting president has ever done.

But we’re supposed to accept he really has his head in the game where it comes to Ebola. From the beginning it’s been apparent Obama listens to only those people he wants to listen to. He only does something if it’s political. He’s never been a sincere person.

Somebody should tell him having his thumb stuck up his butt isn’t the same as having your finger on the pulse of international diplomacy. He can’t spell foreign policy but he’s better than anybody else at it as he’s assured us when he said he was in the Top Ten presidents of all time.

But, he knows what to do about Ebola.

Twice today, he interrupted the spin of the earth to let us know he was doing something about Ebola. He’s going to send the National Guard to Africa to fight Ebola through Continuing Education. Clever don’t you think? And he didn’t go anywhere to raise campaign funds. He also wouldn’t allow the White House staff to say what all of his and Michelle’s vacations cost the taxpayers. We should be impressed.

We’ll also be introduced to an Ebola “Czar”. This would be a person taking the position of overseeing our responses to Ebola and its ultimate retreat from its position as distraction and debacle du jour. We must remember the word Tsar or Czar is the Cyrillic translation of Caesar. It means the appointee will have status and a title but will be stabbed in the back whenever his cohorts feel it appropriate to protect their interests. Good luck to the patsy gets that job. I offer this advice to anybody accepts it.

Don’t go to the Toga Party.

So; it’s been a fun day. Obama’s been masquerading as a president. He’s been fighting to gain the high ground after sitting in a sewage ditch and in general it’s been funny as hell to watch him posing as competent.