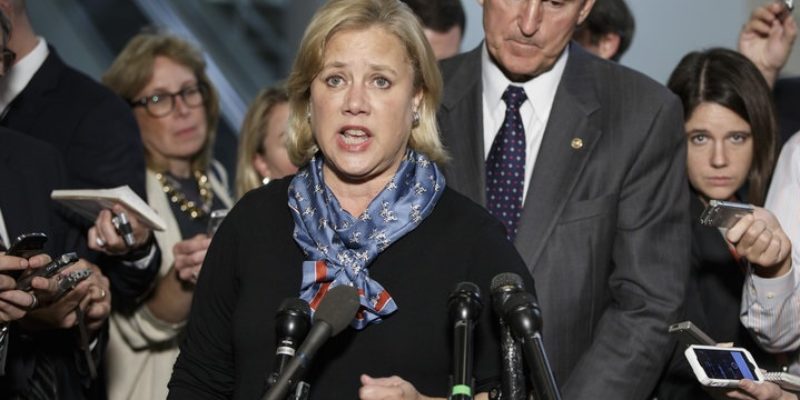 There’s a very simple way for her to get beyond the embarrassment of yesterday’s failed vote to authorize the Keystone XL pipeline, where 41 of her 54 Senate Democrat colleagues essentially flipped her the bird and voted against it despite being told ad nauseam that either they did so or they’d be consigning her to electoral demise in Louisiana’s Dec. 6 runoff.

The answer is to get out of the race, and concede it to Bill Cassidy. The sooner the better.

The fact is, the Keystone XL vote had very little to do with Landrieu’s electability. The idea that getting 60 votes to force approval of the pipeline – a meaningless number, since (1) the Obama administration would veto the bill anyway and (2) the Republican-dominated new Senate would pass the exact same bill in two months – was the key to returning Landrieu for another term flies in the face of electoral reality.

Landrieu, after all, only managed 42 percent of the vote in the primary, to Cassidy’s 41 percent. Exit polls show her support among white voters, the sizable majority of the electorate, at just 18 percent. She reeled in 94 percent of the black vote, and turned out enough of it that it represented about 30 percent of the voting electorate.

Is there really much reason to think those numbers will change in five weeks?

Landrieu can’t win the election by turning out the black vote. There isn’t enough of it to create a majority.

Blacks make up 31.5 percent of the registered voters in the state, and in 2012 turnout in that community was the highest it’s ever been as a percentage of the electorate; 31 percent.

So how does Landrieu get above 18 percent of the white vote? If you have suggestions, she’s listening.

The fact is, there isn’t anything she can do. She has all of the liberal white voters in the state. They’re that 18 percent. The rest of Louisiana’s white voters are right-of-center in their political orientation. And Landrieu has alienated them on an emotional level by calling them racist and sexist, repeatedly.

Had she gotten a successful vote on Keystone XL that wouldn’t change anything. Those people don’t like her and they want her gone, plus everybody knows Cassidy is as big or bigger a booster of Keystone XL as Landrieu.

So as a draw for white voters, yesterday’s show was grossly overrated. One reason Landrieu couldn’t get to 60 votes is her Democrat colleagues knew it was a ruse, and a pointless ruse at that, and they weren’t going to upset the environmentalist loon donors who own them if it wouldn’t actually save her. In fact, many of them probably felt they were being marched off a cliff for no reason and resented the spectacle.

We already know Landrieu has been abandoned by the national Democrat money, and she’s already persona non grata with the Democrat leadership after having voted against Harry Reid being the minority leader (which is the best vote she’s made in years, but hardly in her interest). From the standpoint of Democrats in Washington she’s finished.

Back home, Landrieu is getting drawn and quartered on television as Republican PAC’s and Cassidy’s campaign are pouring millions of dollars onto the airwaves to attack her voting record and detachment from the people of the state. She doesn’t have the resources to fight that onslaught, and taking to the newspapers to whine about the content of those ads only increases their effect. And now that she’s lost her Keystone XL gambit, what’s her narrative? Nonstop petty attacks on Cassidy without even the money to fully blast them out? Race-baiting? Sexism?

What this adds up to is that Landrieu is going to take the worst beating of any incumbent senator in this cycle. She’s going to go out a loser like no other senator in Louisiana history.

The worst blowout of an incumbent in this cycle so far was the 56.5-39.5 clobbering Tom Cotton laid on Arkansas Democrat Mark Pryor. A 17-point pounding is well within the margin of two polls making their way into the public eye in the past week; Magellan Strategies has Cassidy ahead 56-40, while Gravis Marketing has him beating Landrieu 59-38.

The real number could be as bad as Gravis has it.

If one takes the numbers from the exit polls and applies a typical December turnout model to them, in which the black vote sits at a typical number of around 27 percent, then Landrieu will end up with less than 39 percent of the vote.

So Landrieu is headed for a place in history – and not a good place.

The thing to do is to get out. Publicly. And declare why.

Landrieu could give a concession speech which sets down a marker for a potential rebirth of her party out of the ashes Obama and the Hard Left are reducing it to. If she truly is the centrist she claims to be, she could give a speech outlining all the ways Obama and the Hard Left have pulled the Democrat Party out of the American mainstream and made politicians like her, Pryor, Kay Hagan and others uncompetitive in red states. She could in so doing create some space for her friend Hillary Clinton to run as a center-left candidate for president in 2016, and open a discussion Democrats need to have about how far left they can go without killing themselves.

And she could help to divorce the Louisiana Democrat Party from the national Democrat Party, which has to happen if they’re to survive in this state in the future. Obama and the national Democrats are absolute poison with Louisiana voters, and the local party has been following the national example to a far larger extent under Karen Carter Peterson’s leadership than wisdom would sanction. Landrieu could concede the race and call attention to this fact, perhaps providing some leadership for more centrist elements to retake that party, and that could improve the brand enough to make it a viable base for her brother Mitch to run for governor next year – or perhaps for Mary to return in 2016 as a candidate for the Senate seat that would open up should David Vitter win the governor’s mansion.

That’s what’s available to her if she gets out and spares herself what’s coming.

But if she doesn’t, she stares political oblivion in the face. She becomes a historical footnote, or maybe a hashtag. #Landrieued as a term for taking a soul-crushing defeat probably isn’t how Mary wants to be remembered.

Get out, Mary. Do it today.

Interested in more national news? We've got you covered! See More National News
Previous Article Who Cares About The Keystone Pipeline?! Here Are 5 Things Louisiana Voters Really Care About
Next Article Better News For Landrieu In The Vox Populi Poll