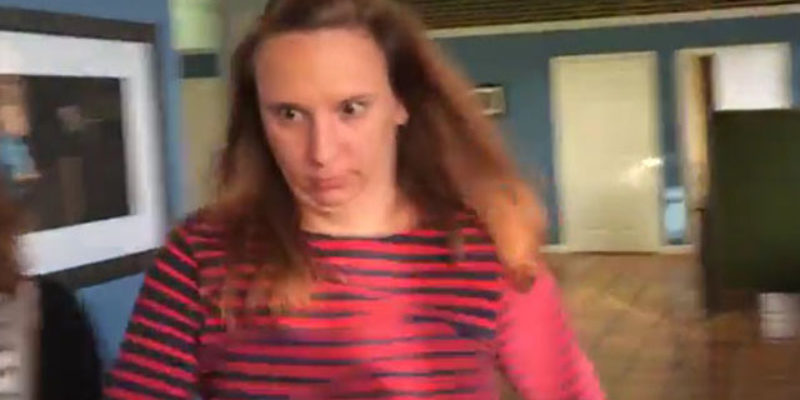 This might be the most entertaining piece of political chicken-fighting you’ll see all year, and it’s a clear demonstration of the talent deficit present in the Louisiana Democrat Party.

Kirstin Alvanitakis is the communications director for the state Democrats, and she organized a mini-protest on Monday with a few barking college kids outside the room where the Black Conservatives Fund was presenting their video of Opelousas mayor Donald Cravins, Sr. exhorting his constituents to vote Democrat multiple times. That has turned into a mini-kerfuffle, as the Democrats’ flagging Senate incumbent Mary Landrieu had to defend Cravins’ remarks as a “joke in a bar” in a classic example of the old political saw “when you’re explaining, you’re losing.”

But what Alvanitakis and the Democrats didn’t know when they dispatched the protest squad to the BCF event was that conservative freelance journalist Lee Stranahan was on hand to memorialize the affair, and when he began turning their publicity stunt into an interview operation the momentum shifted. Soon it was up to Alvanitakis to attempt to salvage the situation, on film, and it didn’t go well.

Particularly when Alvanitakis attempted to paint Stranahan as a paid operative of James O’Keefe’s, and then offered up a rather clumsy characterization of O’Keefe on camera just three days – unbeknownst to her – before O’Keefe himself would be in Baton Rouge to discuss new developments in the story serving as the basis for her characterization.

And yesterday, O’Keefe figured he’d drop in and see Alvanitakis and challenge her on what she said about him, on camera.

Stranahan has the whole thing on video, and it’s hilarious…

Alvanitakis might not have much of a future in political communications. We suggest a career in power-walking, or perhaps as hengao artist.

Interested in more national news? We've got you covered! See More National News
Previous Article I Think They Might Actually Be Serious About This…
Next Article Mary Landrieu’s Radio Meltdown On Jeff Crouere’s Show Today