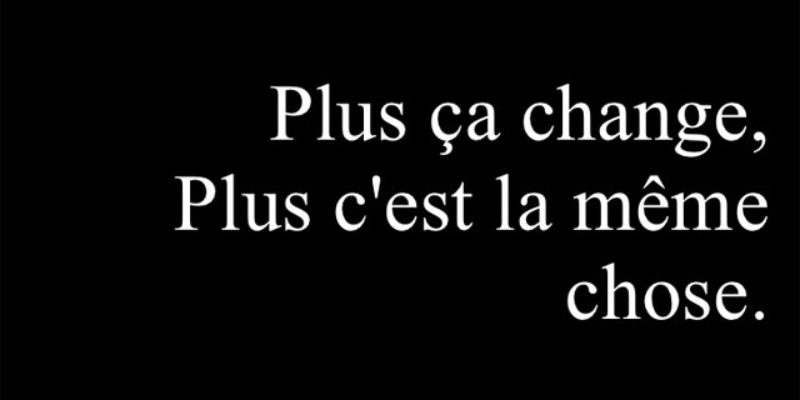 According to an article last week in The Advocate, “a new initiative called Beyond Bricks EBR is attempting to gather residents of the parish for a series of sessions, 14 planned so far, to ask what they would like to see happen in public education.”

It’s not clear what is so “new” about it all. It may be a new name but one might notice its membership contains the Usual Suspects extant for years in East Baton Rouge Parish. 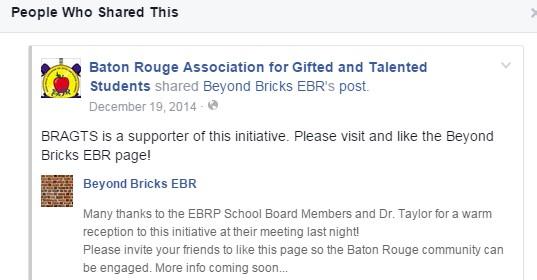 From the abovementioned Advocate piece, something about Beyond Bricks founder Anna Fogle…

“a mother of two children in public school and board chair of the Baton Rouge Association for Gifted and Talented Students, said the catalyst for Beyond Bricks was the legislative session last spring.

Her organization along with the Children’s Coalition of Greater Baton Rouge and the parent group One Community One School District were raising concerns about an ultimately unsuccessful proposal, developed by the Baton Rouge Area Chamber, to shift power from the East Baton Rouge Parish School Board and superintendent to school principals.”

The Baton Rouge Association for Gifted and Talented Students is the organization of “magnet” parents who have been so vocal during recent educational debates in Baton Rouge, and in particular the St. George incorporation debate. 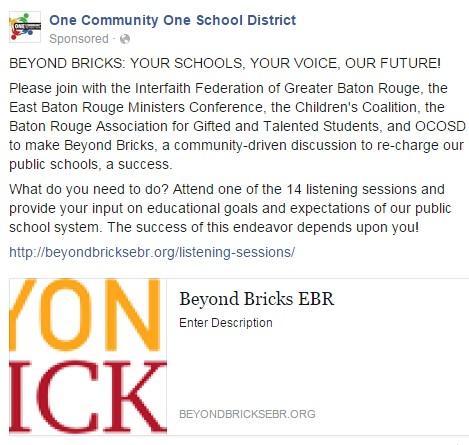 Anna Fogle is the owner of the domain for Beyond Bricks BR, www.BeyondBricksebr.org.

“Beyond Bricks EBR is holding Listening Events across the community to gather ideas to re-charge public schools. Each session is hosted by local community leaders and features trained facilitators who will guide the attendees through a number of questions. Participants will be able to provide feedback on our schools and school system. “ 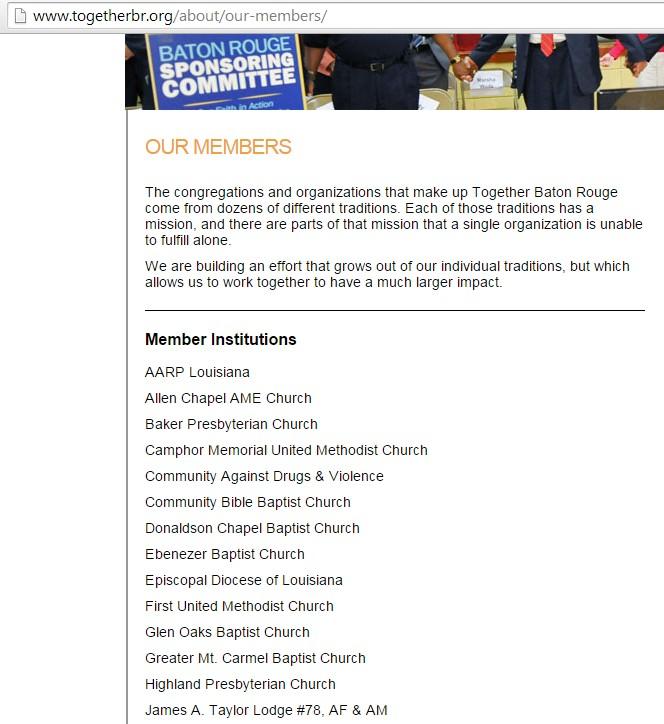 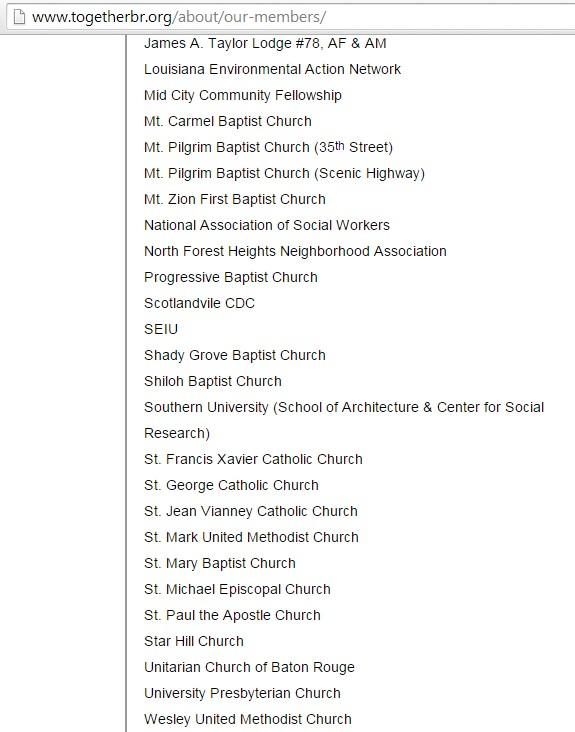 And here are the Beyond Bricks listening sessions. If you’ll match up the hosts for the sessions with the Together Baton Rouge member organizations, you’ll see an awful lot of the same people… 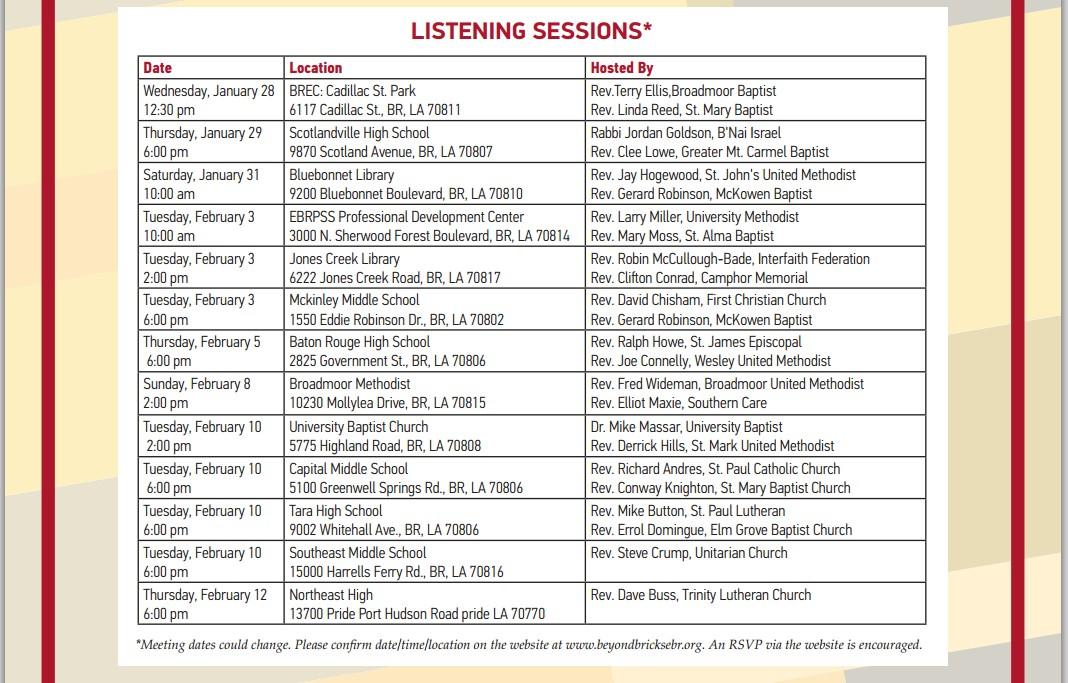 I attended EBR public schools from k – 12 and the same problems that were issues then are still issues now. There have been “Listening Sessions” with other groups before that didn’t result in changes either.

In fact I recently attended an event put on by the East Baton Rouge Public School System to gather input from the public/parents. Sure – they listened to us and even wrote some of our ideas on a dry erase board or poster!

Which would have been convincing but for the fact the school system had pre-printed signs outlining plans already laid before calling a “listening session.”

The people fighting for what will be the City of St. George are taking action.

By taking action they are taking control and there are many groups, old and “new,” who are invested in preserving the lousy system which currently exists to benefit the few and poorly serves – or drives away – the many. Dressing that status quo up with “new” groups making empty promises of reform isn’t going to cut it.