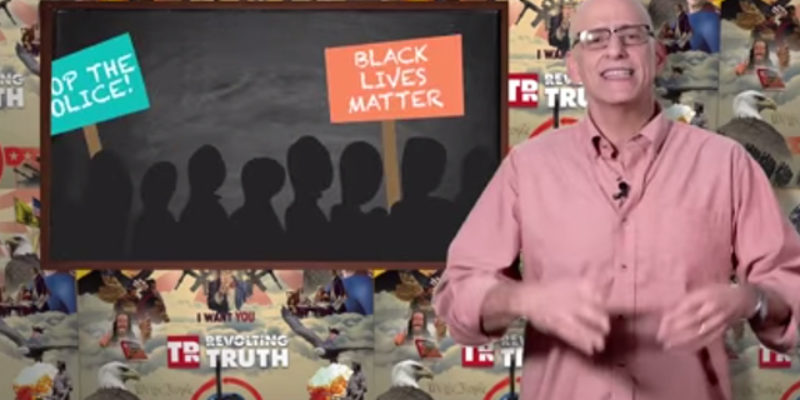 If you’re not tired of the idiots runnin’ around with their #BlackLivesMatter signs as they block traffic on the interstate or give the stinkeye to people tryin’ to eat in restaurants, then you’re under a rock someplace. This, that’s bein’ called “rage-whining,” has been a thing ever since the Mike Brown deal blew up – and you mighta heard the feds are about to finish off their investigation of Darren Wilson with the conclusion that Wilson didn’t do anything wrong.

They’re idiots, in other words. They’re tryin’ to make a big national thing off something that wasn’t even true – namely, that Mike Brown was this nice black kid who got shot with his hands up by a mean cop. And loud idiots are annoying.

So here comes my boy Klavan, who lets ’em have it. Good for him.

Interested in more national news? We've got you covered! See More National News
Previous Article FIREWALL: Number One With A Bullet
Next Article KLAVAN AND WHITTLE: The Republicans-Are-Nazis Smear