“The special election for House District 66 is this Saturday, Feb 21 and is incredibly important for our movement as this individual will represent the vast majority of St. George in the legislature. 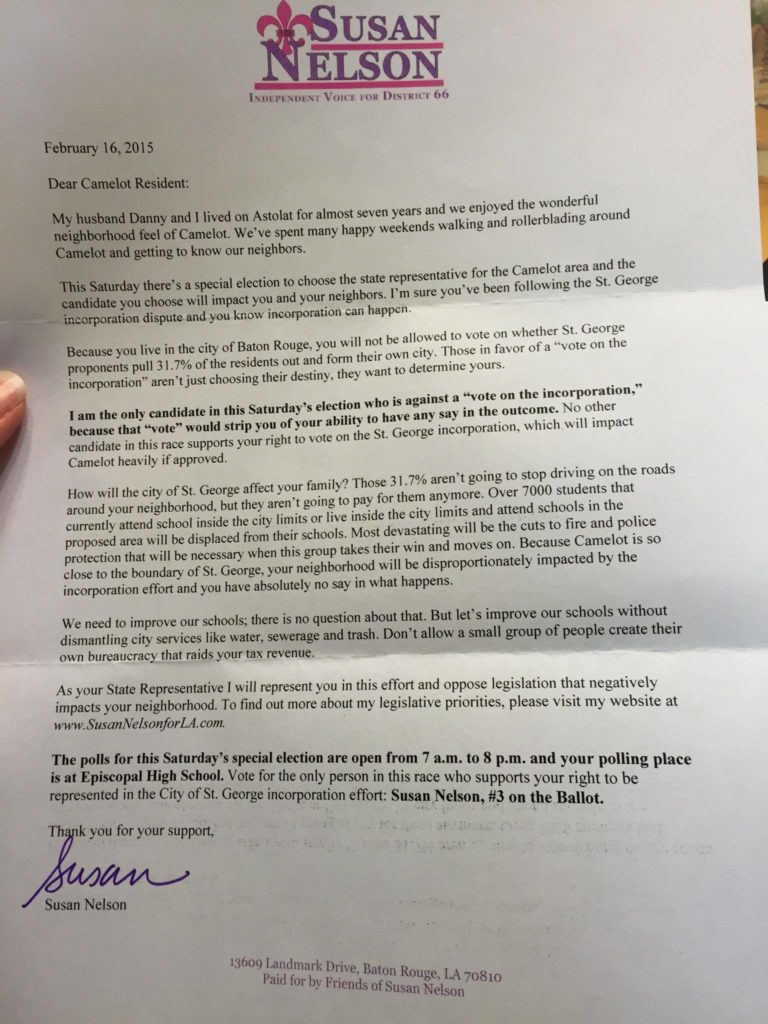 Buddy Amoroso for House of Representatives has been a huge supporter of St. George both in the public and on the metro-council since day one. He has gone above and beyond for this effort.

We believe Darrell Ourso for State Representative is in favor of the effort based on recent comments.

We do not know if Rick Bond for State Representative is in favor of our effort or not. We believe he was in favor in the beginning but have heard him say recently that he “didn’t know” anymore.

We are fighting as hard as we can to ensure you have the right to vote on this issue. Regardless of which candidate you support, exercise that right this Saturday, February 21 and vote in this very important election.”

but up to this point he has yet to reply to any of the claims that his position on the issue is different than he states based on this audio clip:

Interested in more news from Louisiana? We've got you covered! See More Louisiana News
Previous Article New York Post Slams Obama With This Hysterical Front Page
Next Article The Giuliani-Obama Patriotism Imbroglio, And How The Left And Right Love America