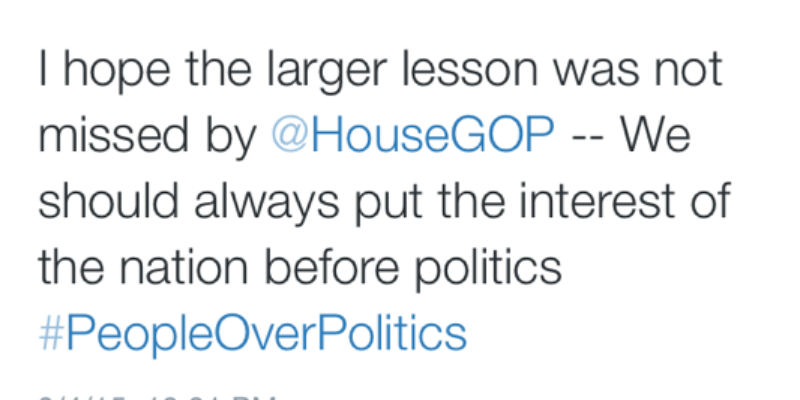 A few hours ago, Rep. Cedric Richmond (D-LA) took to Twitter to show appreciation for Speaker John Boehner’s move to keep the Department of Homeland Security funded, despite push back from conservatives who argued that President Obama’s executive amnesty should not be funded or supported by any means.

Richmond’s tweet uses the #PeopleOverPolitics, which is rich coming from the New Orleans Democrat, who most recently put politics before everything else. Here’s Richmond’s tweet: 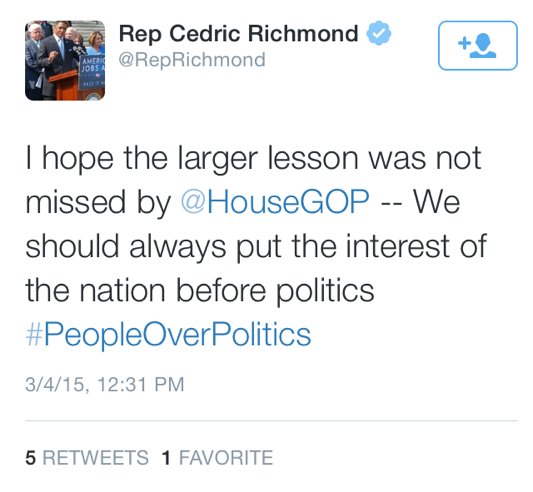 But, just yesterday, Richmond toed the Democratic party line, joining 56 other Democrats who refused to attend Israeli Prime Minister Benjamin Netanyahu’s speech to a joint session of the US Congress.

Richmond represents a red state and the majority of the American public believe Israel is one of the country’s greatest allies. However, this did not keep Richmond from claiming that Netanyahu’s speech was “political,” and therefore he said he would not attend.

Though, other Democrats did not believe so, including Rep. Charlie Rangel (D-NY) who tweeted this: “I still don’t agree w/ procedure & politics behind Bibi’s speech but at request of constituents & friends I’ve decided to attend.”

It may not be the smartest move for Richmond to be claiming that the GOP should remember that the public comes first, then politics, considering he just made one of the most political moves of his political career.

Would Richmond have skipped Netanyahu’s speech if every other Democratic in Congress announced that they would have attended it?