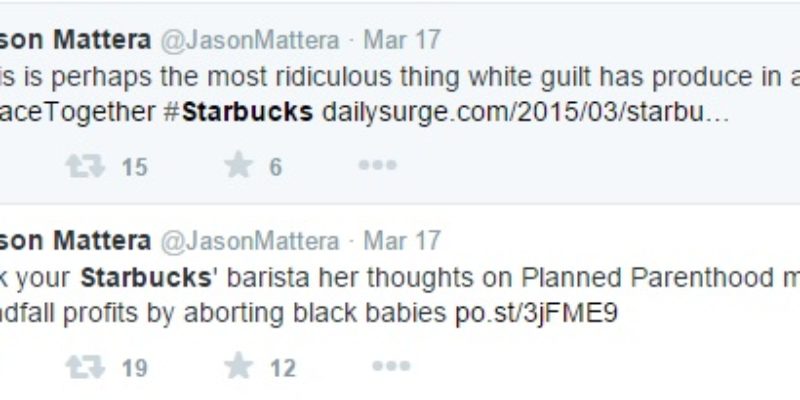 Running into Starbucks in Baton Rouge and New Orleans to grab your chai tea latte will now come with a complimentary commentary on race relations.

And we’re not making this up.

Earlier this week, Starbucks, which is owned by none other than rich, liberal white men, announced that baristas at the mega-coffee corporation would be offering a conversation on race relations. They even started the Twitter hashtag #RaceTogether.

Baton Rouge’s Sherwood Forest Starbucks and New Orleans’ Magazine Street Starbucks announced that their stores would enforce the policy, which has faced backlash for trying to force-feed customers ideological ideas.

Essentially, Starbucks’ plan is to ultimately to light up conversations that further the mainstream media narrative that racism is alive and well throughout every aspect of the country.

This is just one way in which corporations have began tackling social issues via forcing opinions on customers who are probably just looking to get a cup of coffee.

Corporations like Nabisco have previously attached themselves to issues involving gay rights and multiculturalism.

In a couple of weeks, it will be interesting to see the response and damage this does to Starbucks. PJ’s Coffee of New Orleans may be seeing a boost in sales in the next coming months.

Possibly the best part of the Starbucks #RaceTogether campaign are the tweets from Twitter which were hysterically funny.

Here are a few to get a kick out of: 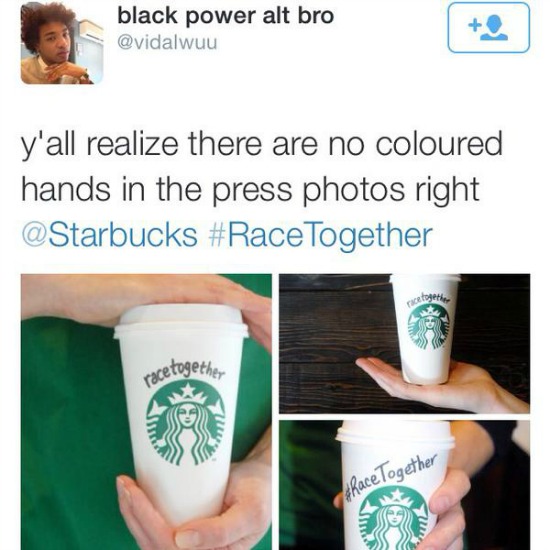 Interested in more national news? We've got you covered! See More National News
Previous Article The Democrats Are Spent As A Political Force, And Here’s Proof
Next Article MSNBC’s Failed Attempt To Portray John Fleming As A Crazy Conspiracy Theorist