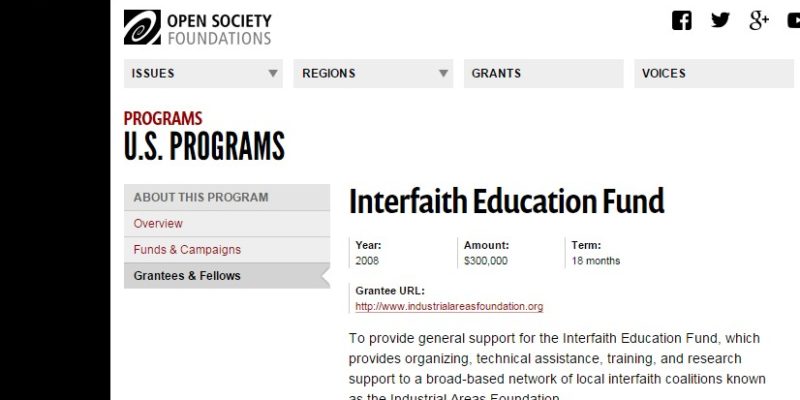 A quick google search of “George Soros” will bring up a quick preview from wikipedia along with other links that could lead you off on many rabbit trails if you let them!

The money trail we are going to follow amounts to almost one million dollars. First, there is a grant of $300,000 from OSF given to the “Interfaith Education Fund”. The purpose of the grant is listed to be “To provide general support for the Interfaith Education Fund, which provides organizing, technical assistance, training, and research support to a broad-based network of local interfaith coalitions known as the Industrial Areas Foundation.” 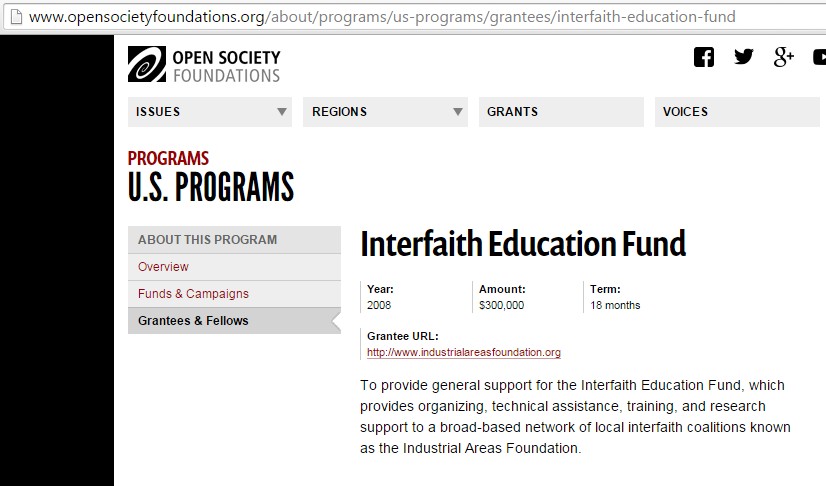 The grantee URL is listed as “www.IndustrialAreasFoundation.org”. IEF (Interfaith Education Fund) and IAF (Industrial Areas Foundation) are one in the same.

The second is $550,001 from the OSI to the Interfaith Education Fund.  The total from George Soros organizations to IEF/IAF (Parent organization of TBR) is $850,001. And that is just the money we know about.

According to Discover The Networks, the IAF was “Established in 1940 by Saul Alinsky, the Industrial Areas Foundation (IAF) is a Chicago-based community-organizing network consisting of 59 affiliate groups located in 21 U.S. states as well as Canada, Germany, and the United Kingdom. ”

One of those affiliates is right here in Baton Rouge. They started as the “Baton Rouge Sponsoring Committee” and now go by “Together Baton Rouge”. They are listed clearly on the IAF website along with 2 other Louisiana IAF groups: 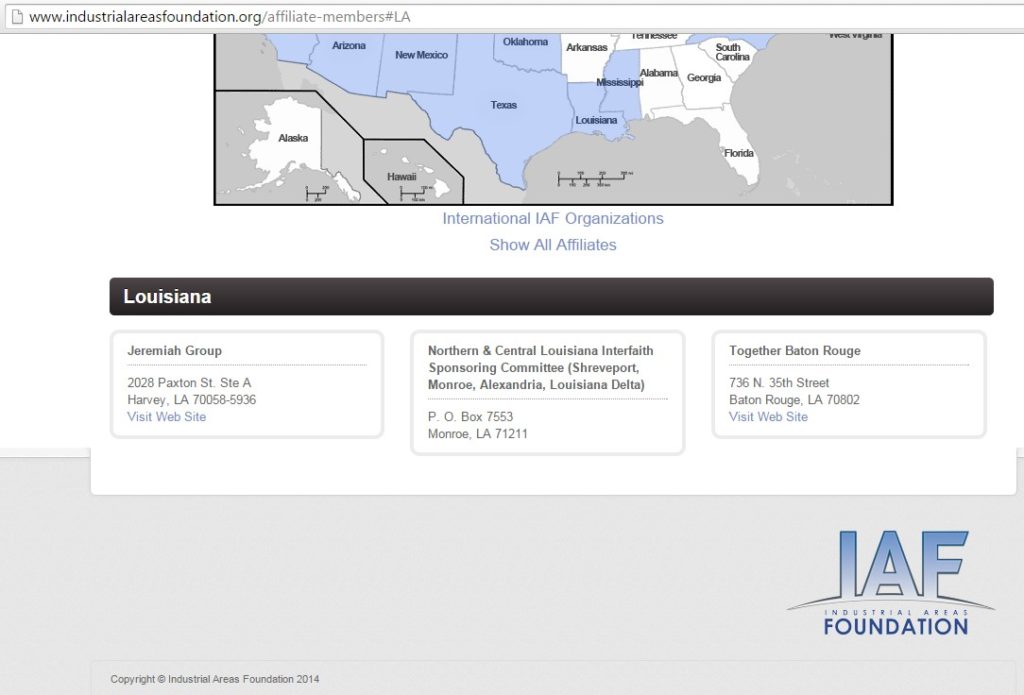 IAF’s mission is to “build organizations whose primary purpose is power — the ability to act — and whose chief product is social change.” Toward that end, an IAF training institute — which Saul Alinsky himself launched in 1969 as a “school for professional radicals” — trains community organizers in the tactics of revolutionary social change that its founder outlined. The institute has been headed by ex-seminarian Edward Chambers ever since Alinsky’s death in 1972. Its leadership-training programs consist of intensive 10-day sessions that are held two to three times each year. IAF also offers a 90-day internship program for aspiring organizers.

IAF describes itself as “non-ideological and strictly non-partisan, but proudly, publicly, and persistently political.” As onetime IAF organizer Arnold Graf has stated:

“In places like San Antonio and Baltimore, we are as close to being a political party as anybody is. We go around organizing people, getting them to agree on an agenda, registering them to vote, interviewing candidates on whether they support our agenda. We’re not a political party, but that’s what political parties do.”

Together Baton Rouge describes what they are building on their website: 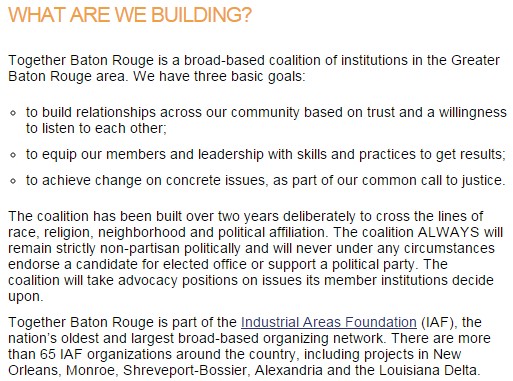 In its quest to bring about social change, IAF targets specific communities and seeks to “buil[d] a political base within … the sector of voluntary institutions that includes religious congregations, labor locals, homeowner groups, recovery groups, parents associations, settlement houses, immigrant societies, schools, seminaries, orders of men and women religious, and others.” Once it has gained a foothold inside any of those entities, IAF sets out to “identify, recruit, train, and develop leaders in every corner of every community” where it has a presence.

IAF strives most aggressively to bring religious institutions into its fold, on the theory that church affiliations will help inject the network not only with access to large amounts of cash, but also with perceived moral credibility. As the IAF handbook states:

“… [O]ne of the largest reservoirs of untapped power is the institution of the parish and congregation. Religious institutions form the center of the organization. They have the people, the values, and the money.”

TBR has tapped into that “power” and has almost 30 churches as members and 25 pastors that serve on the executive committee: 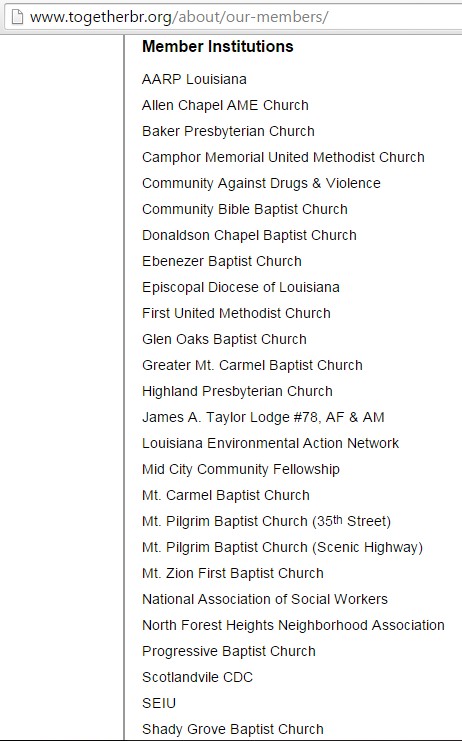 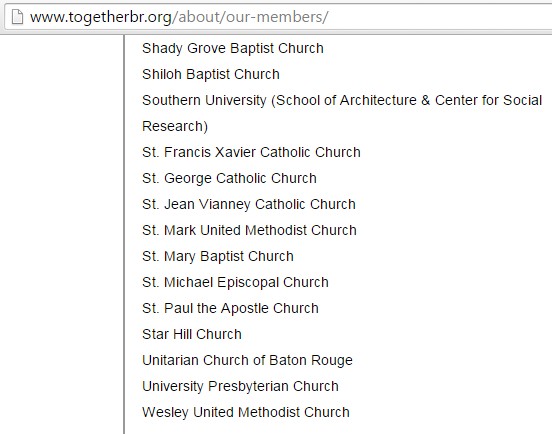 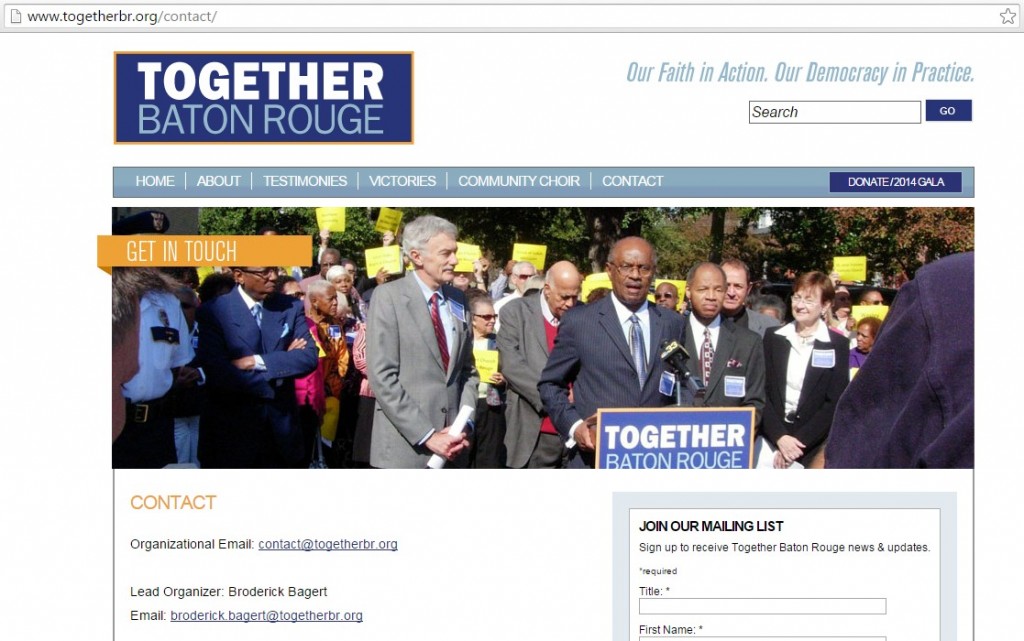 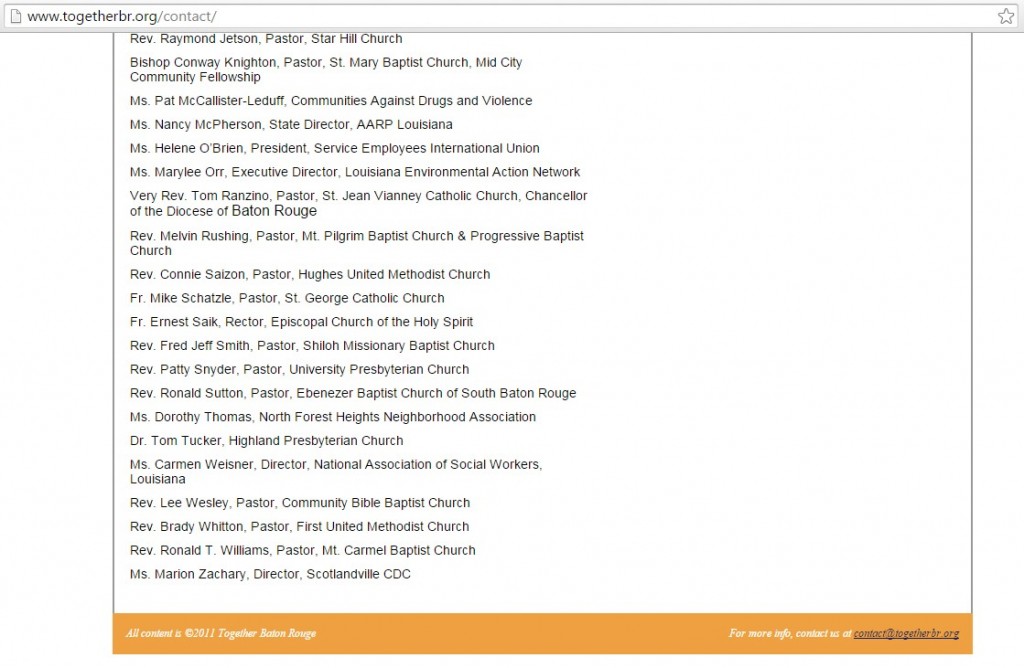