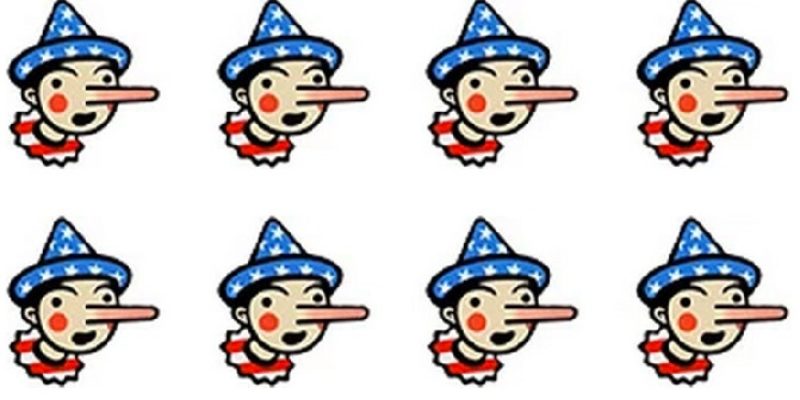 One of the country’s most liberal newspapers is slamming President Obama for some very untruthful comments he made about the Keystone XL Pipeline, which he has already vetoed.

The Washington Post has given Obama four pinnochios for his claim that the Keystone Pipeline would essentially help Canada, while doing nothing for America. Here is what Obama said:

“I’ve already said I’m happy to look at how we can increase pipeline production for U.S. oil, but Keystone is for Canadian oil to send that down to the Gulf. It bypasses the United States and is estimated to create a little over 250, maybe 300 permanent jobs. We should be focusing more broadly on American infrastructure for American jobs and American producers, and that’s something that we very much support.”

According to the Washington Post, Obama’s assertion that Keystone “bypasses the United States” is a lie because it leads the public to believe that the pipeline would have no positive impact on American industry.

However, Keystone would allow crude oil to travel to the Gulf Coast region, which is where it would then be “refined into products such as motor gasoline and diesel fuel (known as a distillate fuel in the trade),” the Post notes.

Additionally, Obama claims that Keystone would only be for Canadian oil, again, another lie, according to the Post:

But actually, Keystone would help U.S. oil producers in North Dakota and Montana. TransCanada, the builder of the pipeline, has signed contracts to move 65,000 barrels a day from the Bakken area –and hopes to build that to 100,000. That’s nearly 10 percent of the region’s production.

The Post gave Obama four out of four pinnochios for the claims, saying that none of the statement is based in facts and is misleading to the public, especially those in states where Keystone will create jobs and impact industry.

Interested in more national news? We've got you covered! See More National News
Previous Article Here Are The 56 Democrats Who Refuse To Attend Netanyahu’s Speech
Next Article JINDAL: Republicans Shouldn’t Try to Save Obamacare Subsidies in Wake of King Ruling