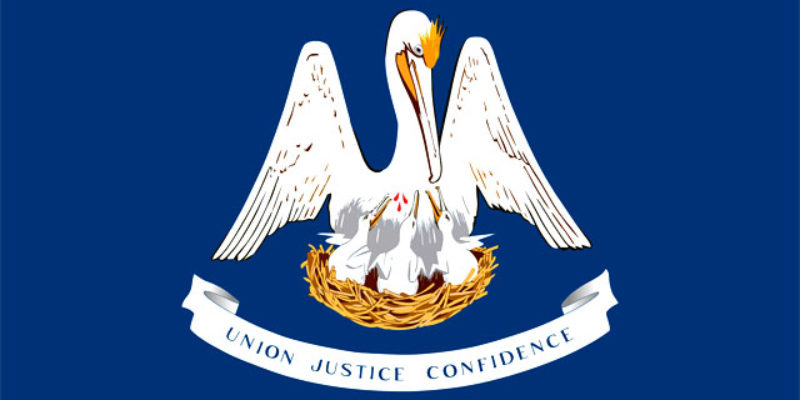 …making it happen is proving to be a lot more difficult than anybody thought.

State Sen. Robert Adley brought the bill, SB 85, that would abolish Louisiana’s inventory tax and save the state some half-billion dollars in refundable tax credits to business that currently paper over its onerous economic effect. Currently, the inventory tax is a sizable piece of tax revenue to local governments, who have over the past 25 years continued to mushroom it from a combined $50 million or so in revenue to some $600 million since the state instituted a rebate program rather than scrap it altogether.

That decision not to join the vast majority of states without an inventory tax in the early 1990’s was a fateful – and stupid – one. By creating a refundable tax credit against the inventory tax, in which a local government collects the tax from business and the state cuts a check to rebate the business on a dollar-for-dollar basis, there is no pushback against the growth of local government or higher taxes. Business, who pays the tax, ought to provide that pushback but since the state reimburses them they’re happy to stay out of the discussion.

So much so that before yesterday’s lousy fiscal note on Adley’s bill sent him back to the drawing board and the entire state legislature, which was counting on his bill to be a centerpiece of attempting to close a $1.6 billion state budget deficit, along with him, I had a lobbyist for a major oil company explain to me that dumping the inventory tax was a terrible idea for his company.

That sounded like a strange position to take for someone in his position, but as he explained it the light came on.

My response was “You guys are going to need to play in the parish council races, then, and try to keep them from killing you with new taxes.” But he said that’s not likely to work in the places his company has refineries. First, the locals all know the refinery isn’t going anywhere. Siting and building an oil refinery in the United States, even in Louisiana, is one of the most difficult things to do on this planet, and the cost far outstrips the cost of paying higher taxes. And second, while his company’s refineries employ hundreds of people, and thousands of people indirectly, it’s still not enough to command a majority vote in the parishes they’re located – so buying up the local pols to get favorable treatment simply isn’t going to work as a mathematical proposition. The local pols can do the math, and soaking the refinery is better politics.

So while as a structural and philosophical matter Louisiana needs to dump the inventory tax and allow local governments to devise ways of recouping the revenue (or at least some of it), as a matter of immediate economic and budgetary benefit it’s not going to work. The fiscal note came back on Adley’s bill calling it a virtual wash – because the state is on the hook for lots of expenses local governments cover, like for example pension costs which are rapidly running out of control and play a huge part in the current $1.6 billion deficit as it is. The locals have added huge numbers of warm bodies to their payrolls over the past couple of decades and attached all those people to the state pension systems. So if you kill the inventory tax and the hundreds of millions of dollars in payroll and pension system payments it funds, the local governments can then by state law dump the pension obligations on the state.

They also benefit from state dollars in supplemental pay for cops, firemen and teachers, according to funding formulae that would put the state on the hook for the displaced dollars.

So either way, the state is screwed. And there is really no way to resolve that $1.6 billion deficit.

Go look at the state flag and you’ll see Louisiana’s problem. There is a reason why the state flag is a big mama pelican feeding all the little baby pelicans – that big mama is the state government. It feeds all the local governments, who aren’t self-sustaining and don’t operate as adults, and it feeds a whole class of people who don’t produce tax revenue and cost dearly on health care, prisons, public education and welfare.

We’re at the end of the rope on that government model. It’s ironic that the end of the rope should come with Jindal in office, since for all the criticism of his performance – much of it warranted – he’s the first governor in office who actually has sought to shrink the size of government. Jindal’s problem is that he’s made reform around the margins without the drastic structural change Louisiana needs and now cannot put off.

Louisiana’s local governments don’t have enough of a tax base to operate as self-sustaining entities, and those governments therefore have engaged in begging at the State Capitol for food from the mama pelican. The state government handles funding for their school systems, some of which spend ridiculous amounts of money to generate awful results, it pays their law enforcement and first responder budgets, it buys them equipment and facilities, and it holds the bag on the legacy costs they ring up when they bring on more and more public employees. They do all this because the state has an infinite amount of money to spend – at least, it does when the price of oil is high. So there is no cost to local taxpayers when local governments feed from the mama pelican.

Or so they believe.

We’re now finding out that it doesn’t work that way. If the state imposes punitive taxes like the Stelly Plan did, it runs its productive class off to Texas. If the state runs a punitive business tax system, it has to engage in seedy-looking tax credits and “corporate welfare” to keep jobs from leaving. That’s what an uncompetitive tax and governing structure looks like. And that’s what Jindal couldn’t fix. He couldn’t get pension reform passed, and he didn’t have a sellable idea on tax reform other than signing on to the Stelly repeal THAT EVERYONE WANTED, INCLUDING JOHN BEL EDWARDS, when times were good. We were tired of our kids decamping for Houston and Dallas and Atlanta and Charlotte because the job creators there were active and ours were not. And we figured the economic growth a more attractive tax climate would generate would refill the treasury.

But you can’t count on economic growth in the Age of Obama. Louisiana is hardly the only state with that realization at present.

There is a way to reform Louisiana’s fiscal structure so massive budget deficits don’t have to be the norm. That way can be found, as many things can be found, next door.

Texas doesn’t have mama pelicans and baby pelicans on its state flag. Texas’ legislature only meets every other year. Texas’ state government is small and offers very low taxes – including zero income tax.

And in Texas, the local governments carry a large share of the burden. In Texas, the local governments do most of the taxing – and the taxes are property taxes voted on by local taxpayers. There is local buy-in on those property taxes, and local officials know that the taxpayers are watching. Thus there is accountability, there is self-reliance and there are results.

Texas doesn’t have a $75,000 homestead exemption. Everybody has skin in the game in Texas. Texans think and vote like taxpayers.

Louisiana ought to adopt that model and structure, but it isn’t going to happen anytime soon. We’re going to go through some very difficult times before we learn our lesson even with a supposed conservative majority in the legislature.