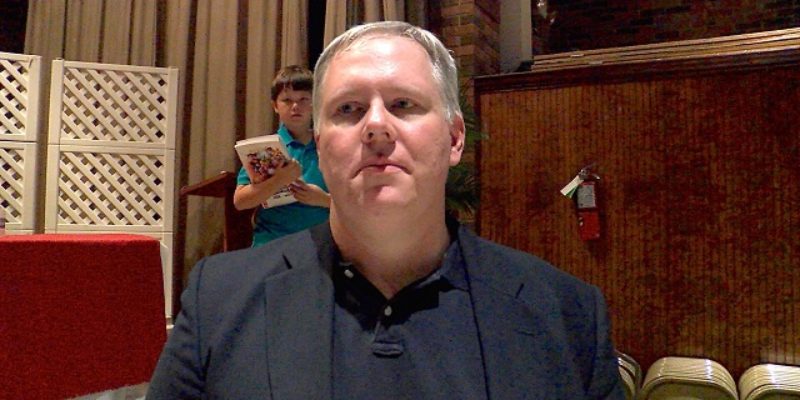 Dayne Sherman, who is a librarian at Southeastern Louisiana University, recently posted an article on the Tangipahoa Parish news site Action News 17 opposing the Paycheck Protection Bill. Here’s what Sherman, who is frequently touted as a defender of higher education, said:

Louisiana faces some real challenges. A $1.6 billion budget hole, a coastline receding by the minute, unemployment higher than the national average, roads and bridges in decay, a dying higher education system, healthcare in a death spiral, and out-migration of our best and brightest to neighboring states. The list of current challenges is lengthy, but fixable if we as a state prioritize the important issues.

On the other hand, if we do not prioritize, the foolish things will become major distractions. All of our time and resources will continue to be sucked into a vortex of stupidity.

And so it is with the purported “Paycheck Protection Act” (HB 418). In short, the bill would prevent the longtime practice of public employees—teachers, firefighters, and police—from freely choosing to have union dues electronically withheld from their paychecks.

Proposed by Rep. Stuart J. Bishop, a “Jindal Jellyfish” from Lafayette, the plan is being sold as a way to protect employees, which is reminiscent of George Orwell’s doublespeak.

In fact, HB 418 does the very opposite. It is being backed by Lane Grigsby of Cajun Industries and the Louisiana Association of Business and Industry (LABI). According to “King of Subversive Bloggers” CB Forgotston, LABI should be renamed “JABI,” the Jindal Association of Business and Industry. Why? The staff has become a veritable hazardous waste dump of Jindal cronies.

Despite the public soliloquies by LABI asserting that the plan “protects” employees, stating that HB 418 is one of its top legislative priorities for 2015, pre-session videos were recently unearthed showing Grigsby deviously saying what HB 418 is really about: Killing teachers unions. He and a LABI boss are shown sitting at a table and mocking the teachers of the state and their unions.

On the talking points scale, Sherman hit most of the big ones. He slams Jindal, although Jindal has not made this bill a top priority. He also whines that this an attempt to kill off the teachers’ unions. Is Sherman so out of touch with Louisiana in his ivory tower that he thinks Louisianians will shed any tears for teachers’ unions? However, I can’t give him a passing grade on the Democrat talking points because he forgot to mention ALEC, the Koch Brothers, or Grover Norquist. Try again, librarian.

So, what does it costs the state for payroll deduction? Nothing. Not a slim dime.

I work for a state agency in my day job, one that I do not speak for here or elsewhere, and I belong to a union, one person out of perhaps 50 members at an institution with 1000 employees. HR deducts the dues, which I freely choose to withhold in a Right to Work state. It costs the taxpayers nothing. I joined mainly for the liability insurance my dues cover.

Why is it so difficult to fill out a bank draft for the union? Instead Sherman wants the State of Louisiana to subsidize the speech of labor unions by collecting their dues for them. Why can’t I have the State of Louisiana collect my NRA dues for me instead of paying them directly? After all, the NRA provides discounts for lots of things I want.

Disgusting kingpins like Grigsby and Jindal shell organizations like LABI should go back to Civics 101 in my opinion. It’s a good thing for employees to freely associate. It’s protected in the Constitution. Do these people, Rep. Bishop included, hate teachers, firefighters, and police? Don’t they have better things to do?

All Government employees should realize that the process of collective bargaining, as usually understood, cannot be transplanted into the public service. It has its distinct and insurmountable limitations when applied to public personnel management. The very nature and purposes of Government make it impossible for administrative officials to represent fully or to bind the employer in mutual discussions with Government employee organizations. The employer is the whole people, who speak by means of laws enacted by their representatives in Congress. Accordingly, administrative officials and employees alike are governed and guided, and in many instances restricted, by laws which establish policies, procedures, or rules in personnel matters.

Dayne Sherman works for me and every taxpayer in Louisiana. I do not want the State of Louisiana subsidizing an organization that gives 97% of its donations to Democrats, just as I’m sure he doesn’t want the state subsidizing the NRA by collecting their dues from me.

Sherman is one of the professors the left is putting out there as a mascot against cutting the bloated higher ed system in this state. But Sherman is a nutcase. Here are some of his lunatic rantings about the proposed city of St. George, Louisiana in East Baton Rouge Parish.

If Dayne Sherman is going to be the poster boy for the left in Louisiana, then the left is more screwed than they realize.