…and this being Friday, with things on the local political scene slowing down a bit, I figured I’d present them here.

Earlier in the week I had an entry about the seven lessons the Left will never learn. A sampling…

1. You’ll never eliminate income inequality, or any other inequality for that matter. We are all created equal in the eyes of the law, and that’s as it should be in a free society. That said, all humans are different — we vary in our attributes, we master different skills, we’re brought up differently by our parents, we have different desires and pursuits. To everyone other than the Left this is what’s known as diversity and it’s considered a feature of civilized society. To the Left, it’s a series of wayward nails that must be hammered flush. From an economic standpoint, the Left is never going to learn that while eliminating income inequality is a foolish pursuit you can alleviate the suffering of those on the short end of the economic scale by pursuing a rapidly expanding economy. The people who are good at making money will make money no matter how bad the economic circumstances; it takes a great economy for those of us who aren’t good at making money to have a chance.

2. People who don’t want to be indoctrinated, won’t be. The Left has put a great deal of effort into Gramsci’s March Through the Institutions, and as a result it controls the three major industries thought to drive the public’s thoughts — the news media, pop culture, and academia. By the time an American is 21, those three institutions have done all that can be done to make that young adult a card-carrying leftist. And yet American millennials, while without a doubt the worst-educated generation in the country’s history and displaying some truly ridiculous cultural predilections, are also less trusting of the Left’s institutions than anyone else. As they grow older, experience will turn that generation into the least-invested in the Progressive experiment in modern history — particularly when they’re asked to pay for bankrupt Medicare and Social Security.

3. It’s no fun ruling over a ruin. When the last Republican mayor left office in Detroit, the Motor City was the richest major burg per-capita on the planet. Detroit’s black community, as it happened, was the richest per-capital on the planet. But the institution of left-wing policies — confiscatory taxation, the refusal to enforce the law, overregulation of the business community and the like — drove the middle-class voters into the suburbs just like has happened in every other major town the Democrats have seized control over. When the middle class votes with its feet, the very rich and very poor who are left over create one-party Democrat rule, and that’s great for Democrats for a while. Sooner or later, though, you have Detroit. Or Baltimore. Or pre-Katrina New Orleans.

I could probably turn that one into a book with all the illustrative examples of how Democrats in this country and other left-wing parties across the globe make the same stupid mistakes over and over thanks to an ideology which can’t make reality conform to it.

People pick up and leave when the Left takes control. Usually it’s the successful folks who decamp for other jurisdictions, and then, when the successful take the jobs with them, it’s the ambitious and the middle class who go next.

When I say successful, though, I don’t necessarily mean rich. There are rich people who aren’t particularly successful. Usually they’re the rich who live off family money, and the old blue-blood gang usually sticks around in, for example, a city like New Orleans after the middle and upper middle class has begun vacating. But the thing about the blue bloods – all that capital they control is rarely put to use in creating jobs locally. It funds charitable work, but when it’s invested it’s in blue-chip stocks on the New York Stock Exchange and not startups in local garages. So when a city consists mostly of old money and the poor, it’s (1) dead, and (2) unlikely to recover any kind of entrepreneurial dynamism. Old-money rich people are mostly liberal, as are the poor. Nurture entrepreneurs? They’d far rather milk them for every dime they can funnel into the public sector.

That’s decline, and it’s what you have in most of the older cities around the country. Crime, unrest and blight are inevitable.

One reason why the Left is usually only in control of the big cities and the states they dominate (Illinois outside of Chicago is as red as can be, just like Washington outside of Seattle, Oregon outside of Portland, Pennsylvania outside of Philadelphia, Michigan outside of Detroit, Colorado outside of Denver and so on) is that when they drive the middle class out to the suburbs, they can’t drive them quite out of the state. So while Detroit has no Republicans in it at all, Michigan is run by Republicans, and why New Orleans is totally dominated by Democrats, Republicans (at least nominally) control Louisiana.

But you’ll notice in all of those cases, most of the problems the Republicans who run those states face sprout from the failure of the cities the Left controls. Here in Louisiana, for example, we’re dealing with the staggering costs of Medicaid and what it has done to the state budget – and the parish with the largest number of Medicaid patients is Orleans. Ditto for the outrageous costs of incarceration here – and the crime problem is mostly centered in New Orleans. And so on.

So other than the identity politics they feed on, why would anybody give the time of day to lefty politicians asking for money and control? It’s hard to imagine anybody looks at the performance of Democrats in office and demands more.

But that brings us to the second American Spectator piece, which is out this morning…

But while the Left will howl and scream about the management failures that gave us faulty brakes on Toyotas and kangaroo-court congressional hearings as a result, when Amtrak puts the lives of over 200 people in the hands of a sleepy 32-year old with a heavy foot the only cure is more money and more power for the public sector.

We really do need to find a way to impose some political hygiene upon the train-wreck ghouls and their compatriots in the gun-control movement, who similarly can’t wait for the bodies to cool before exploiting them to demand money, power and the loss of our freedom — not to mention the riot ghouls and global-warming ghouls.

Ghoulish political behavior – attempting to exploit tragedies to create a sense of crisis which can only be overcome through vigorous, activist government with the money and power to solve problems – is, next to demonization of political opponents as bigots and racists, how the Left wins elections.

And the train crash in Philadelphia, which was caused by an outrageous excess of speed going into a turn – pure human error having nothing to do with Our Crumbling National Infrastructure the Left insists is a crisis – and a management failure to complete installation of Amtrak’s GPS-based Positive Train Control system on the line in question, is a perfect example. All week the Democrats have been demonizing Republicans for ignoring the Crisis! in infrastructure, and have been Outraged! at the failure to double Amtrak’s funding one day after the crash.

That’s how this works. Remember the Crisis! in health care which led to Obamacare? Some crisis – 85 percent of the country was satisfied with their health care plan. But the Democrats hyped a Crisis! for years until they had just enough of a majority in Congress – a majority without any mandate for major changes to health care – and now we have a system which makes what we had look like the utopia the Democrats promised.

Global warming is a Crisis! too.

This stuff isn’t hard to recognize. What’s unfortunate, and frustrating, is that conservatives and the Republican Party we have to operate within can’t find a consistently effective approach to counter it.

SADOW: JBE’s Pretty Close To Finished As A Political Force In Louisiana 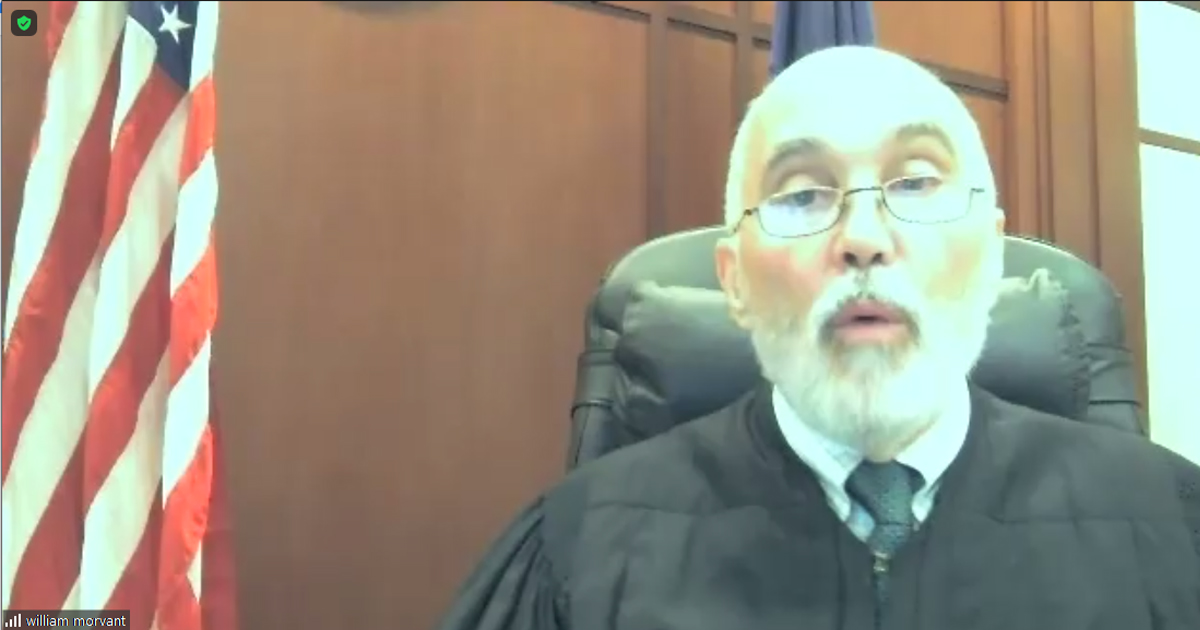 UNEBELIEVABLE: Billy Morvant Sat On His Ruling For More Than Two Weeks

“Lin Wood and Sidney Powell are totally destructive. Every Georgia conservative who cares about America MUST vote in the runoff. Their don’t vote strategy will cripple America.” - Newt Gingrich
More Quotes