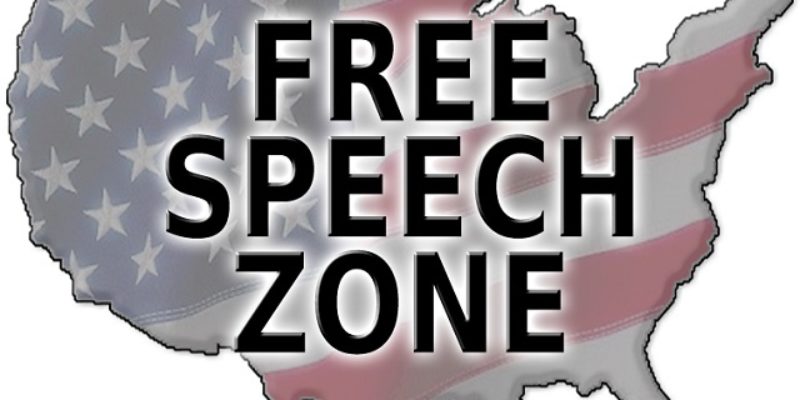 On Sunday, two suspected Islamic terrorists attacked police officers at a “Draw Muhammad” event in Garland, TX. The event was hosted by Islam critics Robert Spencer and Pamela Geller. The terrorists wounded a police officer while other officers killed both men.

Instead of unequivocally denouncing this act of barbarism, many on the left instead questioned the wisdom of holding the event. I wonder if these same people blame a rape victim’s clothing for “provoking” the assault.

The website Twitchy compiled a list of tweets from progressives that did just that. These people were even joined by a New York Times reporter and even a PGA golfer.

Free speech aside, why would anyone do something as provocative as hosting a "Muhammad drawing contest"? 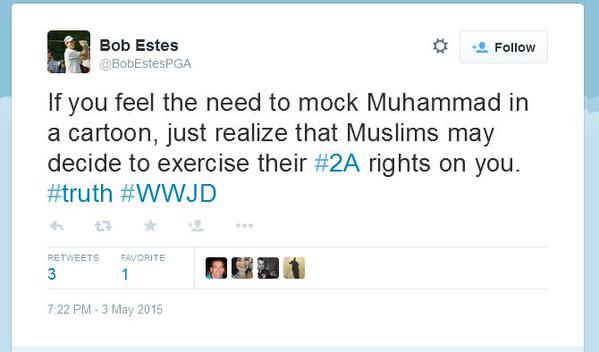 In a free society, even the most offensive opinions may be expressed. The proper response to offensive speech is more speech in opposition. Muslims have every right to express their offense to the Muhammad cartoons by protesting the event peacefully. Freedom of speech does not mean freedom from criticism, only freedom from violence or state action to suppress it.

But America does not have blasphemy laws and freedom of speech, freedom of the press, and religious freedom are respected. If you are so thin-skinned that you cannot tolerate free speech and your religion being insulted, America may not be the country for you. There is no right to not be offended and society is under no obligation to cater to your butthurt. No one should be required to censor themselves in the name of “tolerance.”

It’s not just Islamic fascists who attacked free speech this weekend, the so-called “social justice warriors” got in on the action. There was a meetup of “GamerGate” supporters in Washington D.C. on Friday night. A Salon columnist tried to convince the bar it was being held at to cancel it and once that failed, there were bomb threats made against it. D.C. police were forced to evacuate the bar while they searched for the bombs.

A free society cannot survive in a “safe space.” One of the features of an open society are dissenting and even disagreeable opinions. Popular speech is not the speech that needs to be protected, the speech and views that are unpopular need the legal protection. That makes both Islamic terrorists and social justice warriors the enemies of free speech and liberty in America.