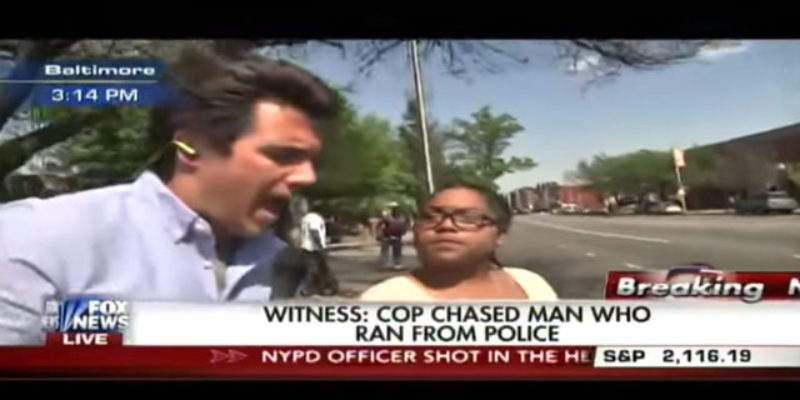 In case you didn’t hear yesterday about the near-resuscitation of the Baltimore riots, here’s a video from the streets of that city yesterday afternoon…

But then there’s this…

The reports of a man being shot at North and Pennsylvania Ave are NOT true. Officers have arrested a man for a handgun at the location

Chaotic moments after police say a gunshot was fired during an arrest at Penn and North avenues. Police say the suspect was armed.

“A very short, brief foot pursuit. He pulled a handgun, or tries to pull it out. There’s a sound of a discharging, the sound of a weapon discharging. The police never discharged any weapons,” said Lt. Col. Melvin Russell, Baltimore Police Department.

Police say the suspect’s revolver went off. Despite conflicting reports, officers say no one was injured.

After the “incident” in question, the streets boiled over with half-naked, able-bodied young men who had nothing better to do in the middle of a Monday afternoon than to berate police in riot gear with foul language and physical threats. Nothing much came of the situation, but it was quite a near-run thing.

One begins to wonder why the cops in Baltimore even bother at this point. It’s clear the politicians of Baltimore don’t have their back, the people of Baltimore don’t seem willing to cooperate with them and there is little left to police in many of the city’s neighborhoods.

Baltimore is well on its way to being Detroit. And nothing will change there until it actually is Detroit. You have to de-populate that place of the Tiffanys of the world before any meaningful change is possible.

Interested in more national news? We've got you covered! See More National News
Previous Article The ‘I Believe In Free Speech, But’ Crowd Can Go To Hell
Next Article WAGUESPACK: 50 Years Is Quite Long Enough