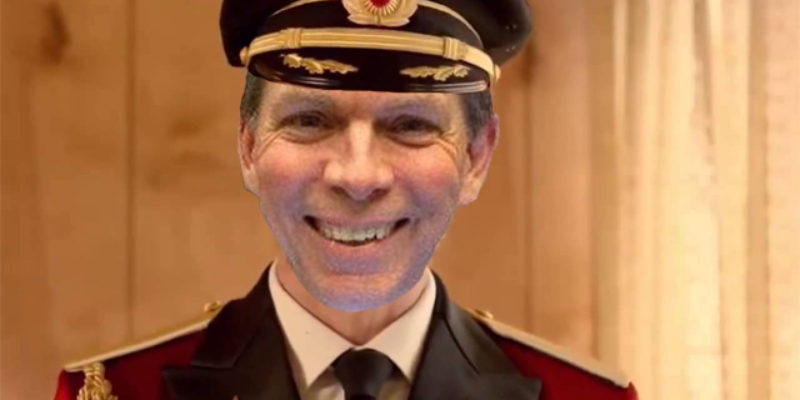 First things first, why in the hell is anyone getting worked up over a scorecard put out by a bunch of college students? It’s not like they have the funds to seriously oppose anyone who scored an “F”.

In the wake of Karen Carter Peterson whining about her F from LSU’s SGA, Bob Mann has also taken to his blog to complain about that card. Get your Kleenexes out because it’s a real tear jerker.

If the LSU Student Government Association (SGA) wanted to alienate some of higher education’s most dependable allies — lawmakers who, over the years, have vigorously fought Gov. Bobby Jindal’s deep budget cuts to the state’s universities — they stumbled on a perfect way to do so on Tuesday.

If student government leaders wanted to make LSU President F. King Alexander’s job much harder in next years’s special legislative session, by alienating some key Democrats, they did it well with their Louisiana Legislature Higher Education Report Card.

Alexander inspired the report card. It was his suggestion. What I am sure he could not have anticipated is that the SGA would end up giving D’s and F’s to some of the legislators who have fought valiantly for LSU and other universities throughout the years.

He could not have imagined a scenario in which, for example, Sen. Karen Carter Peterson would end the session with an F (partly for her vote against Jindal’s phony SAVE credit bill) while people like Speaker Chuck Kleckley and House Appropriations Chair Jim Fannin — Jindal’s budget cutting handmaidens — would be given A’s.

I’m sure he could not have imagined that stalwart opponents of Jindal’s cuts, like reps. Stephen Ortego and Sam Jones, would be awarded F’s, while longtime Jindal enablers, like sens. Mike Walsworth and Bodie White, would get A’s.

These are not Alexander’s grades. These are grades the students handed out. But, judging by Peterson’s Twitter account, Alexander and LSU officials may have some fence-mending to do.

Let’s see, this year the Legislature produced a budget that gave a slight increase to higher ed. They raised taxes by over $900 million to do that. They, along with the leadership of Governor Jindal, also created for the first time in Louisiana history a statutory dedication protecting higher ed funding through the SAVE Act.

Democrats voted against nearly all of this. What Bob Mann is mad about is LSU’s student government is holding Democrats accountable for not walking the walk when it comes to higher education.