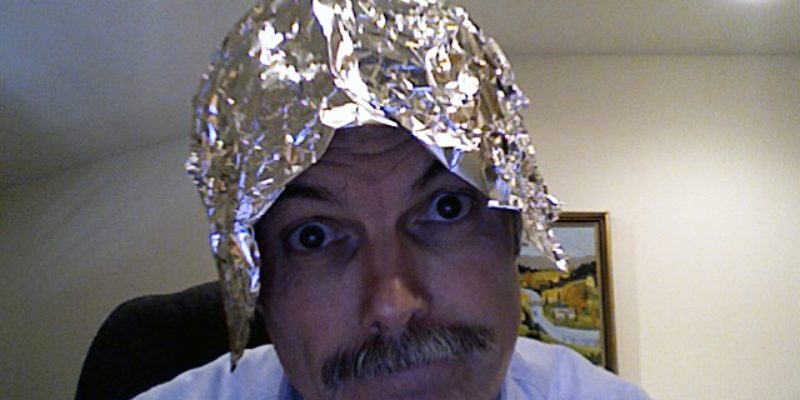 I’m sure you’ve seen it all over social media that “we must stop Obamatrade.” According to these people, the super secret “Obamatrade” will cause jobs to be lost, global government, unrestricted immigration, Jade Helm, martial law, chemtrails, and poisoning by GMO infused dihydrogen monoxide for population control. It doesn’t help when politicians and conservative media outlets insist on pandering to these people.

The “Obamatrade” crowd thought they had a smoking gun when Congressman Paul Ryan said this during testimony on the issue:

“It’s declassified and made public once it’s agreed to,” Ryan said of Obamatrade in Rules Committee testimony on Wednesday during questioning from Rep. Michael Burgess (R-TX).

If you’re think that’s the same as Nancy Pelosi’s famous “we have to pass it to see what’s in it” line from the Obamacare debate, you’re wrong. For starters, there is no actual deal on the Trans Pacific Parternship. The legislation being debated today in the House of Representatives is just “fast-track” authority, which means that if a deal is struck Congress promises not to amend it and clog it up in committee.

Scott Lincicome of the CATO Institute addresses the “secrecy” arguments that “Obamatrade” opponents are making in an excellent piece on The Federalist.

when or if TPA is passed, the general public will have months—and if the presidential elections interfere, maybe years—to review the TPP before Congress acts on it. Think that’s crazy? Well, it’s precisely what happened to U.S. FTAs with Colombia, Panama and South Korea, which were signed by President Bush but sat around (online) for years before they were submitted to, and passed by, Congress in 2011.

He also deals with the arguements that the TPP and fast-track is an assault on American sovereignty.

Despite what Warren (and some media outlets) would like you to believe, there is nothing—absolutely nothing—that can force the United States to comply with an adverse dispute settlement ruling issued under the TPP or any other U.S. trade agreement. Period.

Finally, although Lincicome didn’t have to address the arguments by the tin-foil crowd that the TPP will lead to everything from chemtrails to more immigration, he did.

Various politicians and pundits have sought to arouse suspicions by claiming, among other things, that TPA will permit President Obama to bypass Congress and use the TPP as a backdoor to, among other things, lawlessly expand immigration, curtail gun rights, or restrict Internet freedom. At this point, however, I hope you can see just how ridiculous these claims are. Regardless of the issue, the fact will always remain that nothing can be implemented via the TPP unless Congress agrees to implement it via a formal vote.

The fight over “Obamatrade” is an example of what Scott McKay likes to say has happened to the Tea Party Movement. He says that the Tea Party has had a rapture as those skilled and effective in politics have gone into the greater conservative movement. The ones who were “left behind” are the nuts who worry about dihydrogen monoxide, chemtrails, and fracking in St. Tammany Parish. The “left behind” crowd are the ones agitating the opposition to “Obamatrade.”

If you believe free trade is good for America, supporting fast-track and the TPP is a no-brainer.