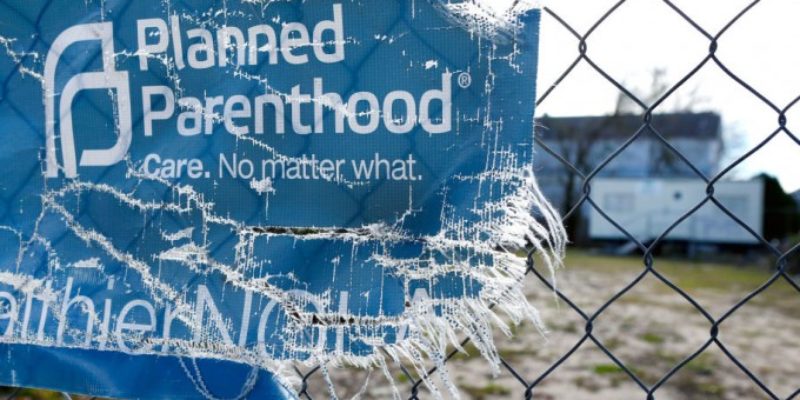 If New Orleans officials are truly interested in getting rid of racist iconography that has been used to generate money, they do not have to look any further than Planned Parenthood.

After news broke yesterday that New Orleans officials would be taking a good look at all Confederacy iconography in the city, including the statues of Robert E. Lee in Lee Circle and Gen. P.G.T. Beauregard in City Park, there has been uproar from social media.

It seems that New Orleans’ public officials, which are primarily Democrats, are quick to assume that all Confederacy-related symbols are inherently racist.

Even if this is true, they should take a good look at the background and business practices of Planned Parenthood, which are undeniably racist.

Take for instance Planned Parenthood’s founder, Margaret Sanger, who is heralded by the Left for being a women’s rights activist and the first major proponent of birth control.

What is often left out and denied by Planned Parenthood is Sanger’s long history of racism and eugenics.

Back in 1926, Sanger gave a speech to the Ku Klux Klan (KKK) in Silver Lake, NJ. Sanger wrote about the event in her autobiography, writing “I accepted an invitation to talk to the women’s branch of the Ku Klux Klan … I saw through the door dim figures parading with banners and illuminated crosses … I was escorted to the platform, was introduced, and began to speak … In the end, through simple illustrations I believed I had accomplished my purpose. A dozen invitations to speak to similar groups were proffered.”

From this excerpt, we can assume that Sanger had the backing of the KKK for her views on eugenics, especially when it came to the black community.

Also, in a letter to Clarence Gable in the 1930’s, Sanger wrote about her infamous “Negro Project,” where she essentially wanted to sell and excite black women about birth control.

Sanger wrote, “We do not want word to go out that we want to exterminate the Negro population, and the minister is the man who can straighten out that idea if it ever occurs to any of their more rebellious members.”

Sanger advocated early on in her career for sterilization of the “feeble-minded” and often used rhetoric that supported what we would today call government-forced population control.

The Planned Parenthood founder also extensively wrote about how children should not be born into a family where either the mother or father is unstable or what she deemed to be “unfit.” Sanger also wrote heavily about the idea that children who are “physically or mentally defective” should not be born.

It has been difficult for Planned Parenthood to argue that Sanger was not racially motivated, as her writings and background speaks for itself.

However, all it would take is a little digging for New Orleans officials to realize that Planned Parenthood is actually still racially motivated to this day.

For example, 79 percent of Planned Parenthood’s abortion clinics are in walking distance of a black or Hispanic neighborhood.

Now, Planned Parenthood will tell you that this is because they strive to reach a diverse audience.

But, it is no coincidence that between 2007 and 2010, almost 36 percent of all abortions in the United States were performed on black children, even though black Americans make up only 13 percent of the population.

And then of course there is the phenomenal work by LiveAction.org, where racist donations have been accepted by Planned Parenthood to specifically pay for the abortion of a black child. See that footage for yourself here:

Planned Parenthood’s expansion into New Orleans with their new Uptown clinic has been controversial.

Nonetheless, city officials who are concerned about racism in the city should oppose the expansion of an organization with a long history of racism and one which still has racist business practices.