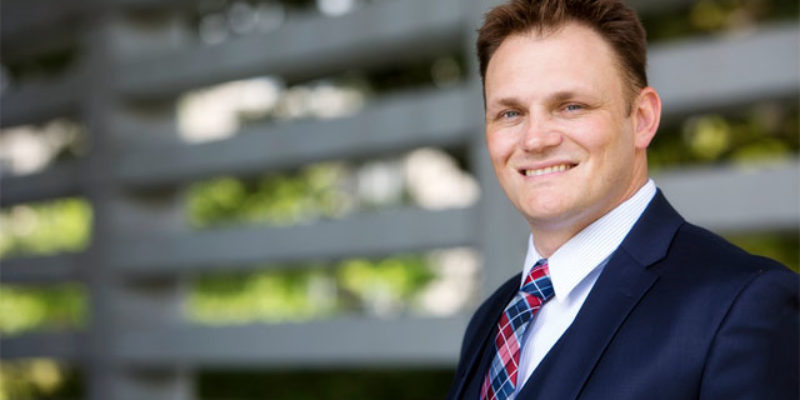 There will be lots of seats in the Louisiana legislature that will be heavily contested this fall, and a not-insignificant number of them will be seats where a Republican incumbent is being challenged by more conservative candidates disgusted with the $900 million in tax increases the leges voted for in the session completed two weeks ago.

Ourso managed to beat Amoroso in a low-turnout race largely because he had a bit more name recognition, he had some better personal connections and he had the help of the police and fire unions. But he didn’t have a record then, and now he does – and it’s not a good one.

Because of that, he’s drawing challengers. One emerged up today with a campaign announcement we thought was rather eye-popping…

Baton Rouge businessman Rusty Secrist announced today that he will be a candidate for Louisiana House of Representatives in District 66.

Secrist is a father, husband, businessman and taxpayer who will bring a fresh perspective to the Capitol. He believes that Louisiana needs private citizens–not bureaucrats and career politicians–to provide solutions to our state’s problems. In doing so, Rusty will lean heavily on the entrepreneurial spirit that led him to launch successful businesses in both the personal care and financial service industries.

“It is time for the business community to rise up and throw out the politicians who are so terribly mismanaging our state government,” Secrist said. “As a citizen, I’m going to do my part by running for the House of Representatives,” he said.

“This will be a grassroots campaign. I am relying on other taxpayers to volunteer their time to help me fight the political establishment…and restore sanity to our budgetary process,” Secrist said.

“The entire budgetary process is a charade. Politicians fund the lower priorities in state government through dedicated revenue streams, but leave LSU and healthcare on the chopping block in order to pull at the heartstrings of voters to raise taxes. The end game is always the same: taxes, taxes, and more taxes, primarily on Louisiana businesses. Our current representative, who has been in office for only a few months, fell for the routine…hook, line and sinker…voting for hundreds of millions in new taxes and has thus disqualified himself to represent a conservative district like ours. So I am going to take my case directly to the voters and let them decide which candidate best reflects their views,” Secrist said.

Secrist has offered three initial proposals on his website, www.RustySecrist.com, to bring reform to the Legislature: 1) a new state budget process that is more honest and protects LSU; 2) a ten-year moratorium on business tax increases, and; 3) closing a loophole in the state Constitution’s 12-year term limits on legislators that allows them to serve for 24 years or longer.

Rusty Secrist and his wife, Katye Norton Secrist, have three children. They live in the southeastern part of East Baton Rouge Parish. Rusty is a graduate of LSU, where he was active in both FCA and Baptist Collegiate Ministry.

Addressing our transportation needs and protecting the Second Amendment, traditional values and the right to life are important priorities for Rusty.

That line about how the budget process is a charade put in place to rig the game for tax increases is a great argument in a district like 66. Voters continue scratching their heads about how $25 billion isn’t enough to keep state government afloat, and while they don’t deal in specifics – discussing the innards of the state budget is a sure-fire way to put people to sleep – they know that the state budget is incompetently managed and the politicians refuse to scrub it. As such, you don’t have to have a detailed discussion of what’s in those books in order to carry the day – John Kennedy has proved that for a decade.

If Secrist is willing to press this line hard for the duration of the campaign, absent the usual caveats about skeletons or major gaffes he’ll win a head to head race with Ourso. The issue might be whatever other candidates could get into the race; as yet we don’t know who those might be – though we hear Rick Bond, a Republican who finished third in the special-election primary for the race Ourso ultimately won this spring, might well be getting in.

But whatever the composition of the field, if the race comes down to Ourso having to defend those tax votes he’s toast this fall. And so are several other incumbents in that legislature.