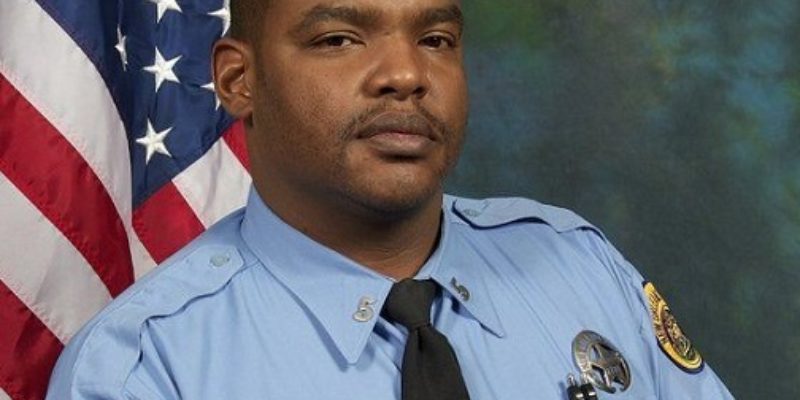 Update: Here’s a photo from FOX8’s Meg Gatto of Travis Boys being dragged into custody: 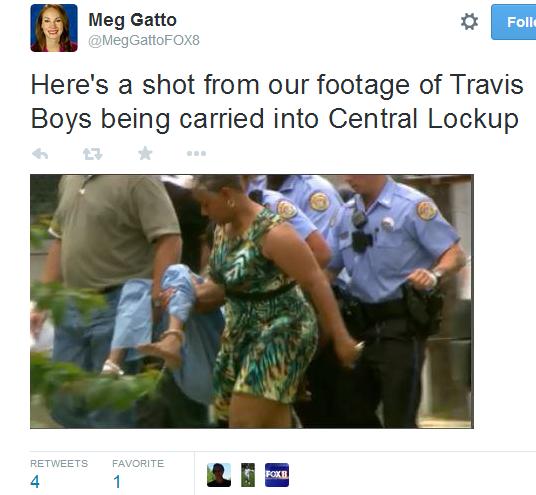 Update: Mayor Mitch Landrieu of New Orleans holds a press conference after Travis Boys is captured by NOPD. Landrieu tweeted that Daryle Holloway “more than a great cop – he was good man and father. Our city lost a hero and our hearts break for his family.” 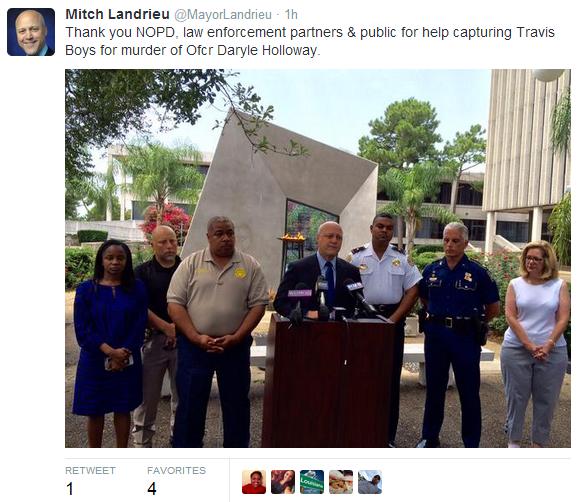 Stay with the Hayride for this developing story.

New Orleans Police Department (NOPD) officer Daryle Holloway was fatally shot Saturday morning while transporting a suspect in a police card, according to the NOPD.

Holloway, a 46-year old with more than 20 years with the NOPD, was apparently transporting the suspect, 33-year old Travis Boys, after Boys had been arrested during a previous shift for aggravated assault.

Boys was handcuffed in the back of the police car with his hands behind his back, but somehow managed to get his hands in front of him. Then, Boys allegedly made his way through the caging that separated Holloway and Boys.

Holloway put up a fight with Boys, but was ultimately shot, NOPD Superintendent Michael Harrison said. The NOPD said they still do not know how Boys was able to get a hold of a gun.

After shooting Holloway, Boys crashed the police car near the intersection of Elysian Fields and North Claiborne avenues and then fled on foot.

The NOPD said Boys is still on the lose and the St. Tammany Parish Sheriff’s office is apparently on alert while a city-wide manhunt is taking place in New Orleans.

This is the second killing of a New Orleans officer in less than a month.

On May 24, Housing Authority of New Orleans officer James A. Bennett Jr., 45, was gunned down in his police vehicle while working a security detail at a construction site of the Guste Homes public housing complex.

There has been no suspect charged yet by the NOPD for the murder of Bennett.

Update: Travis Boys is believed to have been driving this grey truck that ran into a yellow home on North Roman St. in New Orleans, according to FOX8 Breaking News Reporter Meg Gatto via Twitter.

Update: A SWAT Team has reportedly converged on one particular home on North Roman St. Also, NOPD officers are reportedly running towards the same home.

Update: Crimestoppers reward for Travis Boys, alleged cop killer, has been increased to $10,000.

Update: NOPD officers are standing around the scene of a home on North Roman St., according to FOX8 Reporter Ryan Naquin, who tweeted that the scene was “much less tense than before.”

Update: Staff reporters at the New Orleans Advocate have reported that Travis Boys has a troubled past with law enforcement agencies in the area. Back in 2011, the Nola Advocate reported that Boys was arrested for allegedly striking a 10-year-old boy in the face and back with a belt which caused extreme swelling.

Update: Rep. Cedric Richmond (D-LA) has issued the following statement on Holloway’s death: “My heart aches for his family, and this loss will be felt by the entire community. This tragedy should remind us that every day when our law enforcement officers suit up to protect us, they are putting their lives on the line.”

Update: A perimeter just blocks away from the scene of Holloway’s fatal shooting has been roped off by the NOPD, according to FOX8’s Meg Gatto via Twitter.

Update: One side of the perimeter that NOPD has sectioned off in the search for alleged cop killer Travis Boys has been moved to N Prieur Street, according to WWL-TV’s Ashley Rodrigue via Twitter.

Update: Manhunt in the St. Roch area settles down, with NOPD officers leaving the area for the night, according to FOX8’s Ryan Naquin via Twitter.

Update: Crime Stoppers have increased the reward for info. that leads to the arrest of Travis Boys, who allegedly killed Officer Daryle Holloway, to $20,000. Yesterday, the reward was $10,000.

Interested in more news from Louisiana? We've got you covered! See More Louisiana News
Previous Article The NOPD Is Understaffed, So Burglary False Alarm Fines Are Increasing In New Orleans
Next Article SADOW: Jindal Gets To Be The Sane Politician In The Room On HB 42