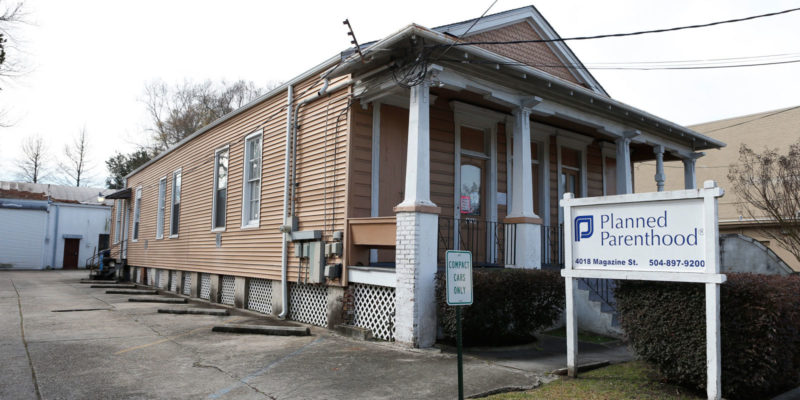 We’re asking the question that no one in the local media will ask.

For the past few years, the construction and building of the new Planned Parenthood clinic in Uptown New Orleans has been scrutinized by the Archdiocese of New Orleans and Archbishop Aymond.

With their demand that the abortion clinic not be allowed in the city came cries from New Orleans City Council members Layota Cantrell and Susan Guidry who have publicly endorsed Planned Parenthood. Not to mention, the Louisiana media has ostracized the church for standing up to Planned Parenthood.

However, who is in the wrong here, in this scenario?

Planned Parenthood has been accused of selling unborn baby body parts. Meanwhile, the news media has hardly covered the undercover investigation and shocking evidence. In fact, they have defended Planned Parenthood throughout the entire scandal.

It is Archbishop Aymond and the Catholic Church that have been warning the public about Planned Parenthood and their motives for years, while the media has portrayed them as vicious religious figures trying to stop healthcare for women. Which could not be farther from the truth.

For the Louisiana media, it has always been a pro-women vs. anti-abortion group narrative. We never hear the term “pro-life” anymore in the media.

Why? Because it sounds too nice, even though it is truthful. Pro-lifers are not against women. They are for women and believe that the Left and abortion has deceived women into believing their only option in life is to get rid of their unborn child.

Regardless, the New Orleans politicians who have stood by and rallied for Planned Parenthood should take the time and respond to the allegations made against the abortion provider, that way the public can truly see how they view the scandal.

So, Latoya Cantrell, Susan Guidry and all other New Orleans politicians who publicly supported Planned Parenthood, do you still stand by an organization that is being accused of selling unborn baby body parts?

Just like how the local media has been silent, we expect these politicians to remain silent as well.