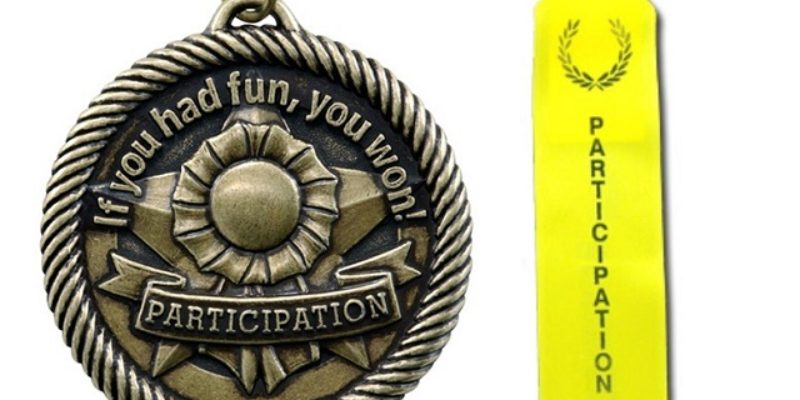 “Fiscal conservative” Jay Morris is not happy with his awful score from LABI. Morris scored at the bottom of the entire Republican delegation from a LABI with a pitiful 25. Morris was even recognized by LABI for his work during the session.

Argued strongly on both the House floor and social media for the need to raise tax revenue.

Morris went and whined to the Shreveport Times, along with Lance Harris and others, about LABI. Joe Cunningham had a bit about Jay Morris yesterday, but there’s more to the story.

Of course Morris said this:

“I’ve been told I’m on the LABI hit list,” said state Rep. Jay Morris, R-Monroe, who scored an F but hasn’t drawn an opponent yet for the fall elections. “If everybody flunks the test, there’s something wrong with the test.”

The only explanation for this quote is that he played in a sports league when he grew up that gave everyone trophies, regardless of not they actually won anything. Sorry Jay, but that’s not how it works in politics. You and your friends voted to raise taxes on businesses and don’t be surprised if they don’t take too kindly to that. They’re really going to come after you if you strongly support raising taxes. It doesn’t how many other morons there are in the Legislature. It’s not the test, it’s the stupid votes you and your colleagues made.

Morris said he expected the backlash from LABI.

“There was fear of retribution from LABI during the session, but people overcame their fear,” Morris said. “That’s the definition of courage. Of course when your name appears on a hit list it’s disconcerting.

“I’m sure LABI will do everything it can to punish lawmakers who didn’t vote exactly the way it wanted. Maybe I struck a nerve because LABI takes its marching orders from a handful of large multinational companies, not its membership as a whole.”

Jay Morris is proud of himself for sticking it to Louisiana’s mom and pop businesses. He sounds more like Bernie Sanders than a Republican.

Monroe can do better than Jay Morris in the state legislature.

Interested in more news from Louisiana? We've got you covered! See More Louisiana News
Previous Article BAYHAM: How To Tip The Vote And Win Young Voters
Next Article This Is How Bad Race Relations Are In St. Bernard Parish