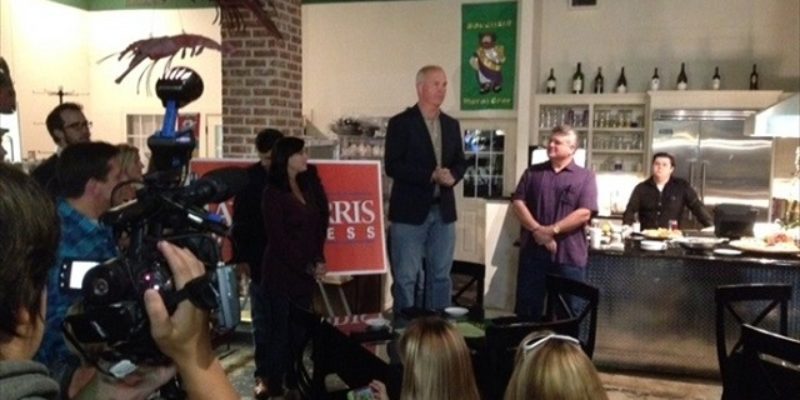 Last time I talked about State Rep. Jay Morris (R-Monroe), I described how his stealth tax increase was defeated by the Legislature. As you can expect, Morris didn’t like how we described that legislation.

The state of Louisiana will be collecting money that it otherwise wouldn’t be collecting. There is no offsetting tax cut by an equal amount. Yes, that bill is a tax increase.

Scott got involved in this discussion:

@JayJaymorris3 Yeah, it's a tax increase. When you indiscriminately reduce tax credits without evaluation, you're raising taxes. #lalege

@TheHayride All the bill did is require the Gov & #lalege to budget credits and rebates. Most are subsidies. Conservatives should love it

@TheHayride It's not indiscriminate when agencies must budget, vetted by DOA, put in exec budget, then HB1 & appropriated.

@JayJaymorris3 If this is what passes for fiscal conservatism in Louisiana, it's little wonder we've got a $1.6 billion deficit. #lalege

Morris should’ve just ended here and gone on to the Elephant Stomp, but he didn’t for some reason.

@TheHayride If those that get government subsidies been required to justify them each year we might not have the $1.6 b problem

So in the economic thinking of Jay Morris: not paying taxes = subsidy.

Scott though continued to try and teach Morris about real fiscal conservatism.

@JayJaymorris3 I see. So making annual supplicants of the business community at the foot of our political betters is "fiscal conservatism."

@JayJaymorris3 What decreases in tax rates will you propose to offset this brilliant plan?

Real fiscal conservatives when they close tax loopholes cut taxes across the board to make up for the increased revenue. More importantly, this crop of “fiscal conservatives” has been running the show for 4+ years now. Why didn’t they engage in real tax reform that would’ve closed loopholes, eliminated deductions, *and* lowered overall tax rates. Why does Louisiana still have a corporate income tax since it only collects around $200 million or so?

Here’s what he had to say for himself:

@TheHayride Bill was rev neutral. But over time would result in less gov spending BTW I filed bills to lower rates and eliminate exemptions

Morris did file a bill, that went nowhere, replacing the state income tax with a flat tax. But he filed a lot more bills to raise taxes on everything else. He wanted higher income taxes, higher sales taxes, higher corporate taxes, and higher taxes on businesses. There weren’t any bills proposed to cut spending either. He also wanted to dedicate 1% of the sales tax to education because we don’t have enough dedicated funds or something.

The reason why Louisiana is in the fiscal mess we’re in is because we continue to elect “fiscal conservatives” like Jay Morris. Instead of cutting Louisiana’s bloated government, these guys want to whine about “corporate welfare”. According to the Tax Policy Center, Louisiana spends more on state government than any other state in the Southeast.

Interested in more news from Louisiana? We've got you covered! See More Louisiana News
Previous Article Mike Johnson’s Religious Freedom Bill Goes To Committee Tomorrow, And It Looks Like Voters Want It
Next Article BAUGH: Corporate Welfare? What Does That Even Mean?