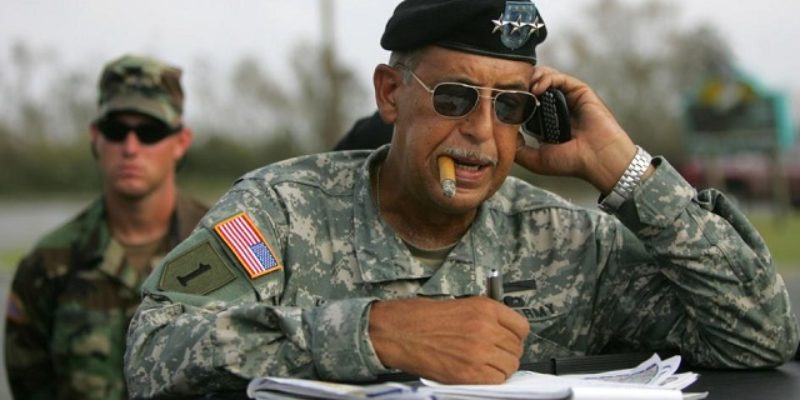 Former Lt. General Russel Honore decided not to run for governor. The decision is not unexpected because he hasn’t been making any real moves to build a statewide campaign.

The statement, which was released to The Advocate among other news sites, explained why he’s not running.

I want to continue to serve the people of Louisiana, as an advocate for the government we all deserve. . . but after nearly four decades as a loyal and proud soldier serving our country, after much thought and reflection over the past several weeks, I’ve concluded that I can best continue to serve the state I love by, not by becoming a politician and running for governor, but by working with the good people of Louisiana to reorder our political priorities and hold all of our elected officials accountable to the people they swear to serve. The coming elections represent a golden opportunity for all of us: an opportunity to hold our elected representatives accountable and demand that those seeking our votes propose real solutions to the big problems facing our state and its hard working families. And to hold them to their campaign promises.

The rest of Honore’s statement is drivel promoting his issues and that of his so-called Green Army. It also included a populist rant against the oil and gas industry and business in general. For someone who likes to say “stuck on stupid”, his agenda is essentially rehashed Huey Long socialism.

The Monroe News-Star had a piece yesterday that said that Honore was going to shake up the governor’s race if he ran. However, a couple of recent polls for The Hayride by Ethan Zorfas and MarblePort Polling showed that Honore wasn’t going to have much of an impact on the race. Both the May and the June poll showed Honore not really taking votes from anyone in particular.

That’s probably the best explanation for why Honore chose to pass on the race. He knew he wasn’t going anywhere this year if he got in. He thinks he and his Green Army can be a kingmaker this year. We shall see if that’s the case.