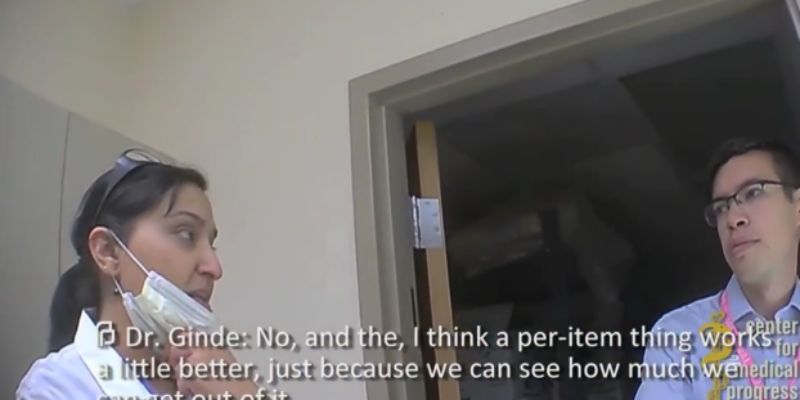 The Center for Medical Progress released its third in the current devastating series of videos exposing Planned Parenthood, and there is a very strong content warning here.

And, don’t think that this is simply covering expenses. There is pretty frank talk in the video about how to maximize the money they make.

This kind of talk is the exact kind of talk the other videos lacked to really show the intent to make a profit off the sale of dead baby parts. They want to maximize the profit. They want to be sure they get full, intact “specimens” in order to sell them to medical researchers. The video talks about them picking through the remains of a dead child in order to get the goods they sell. I’ve said it elsewhere, and I’ll say it here: Planned Parenthood excels at making the abortion agnostic a pro-life activist. And, by the end of these video releases, the pro-life side is going to be a lot bigger.

I do hope that, perhaps, Mitch McConnell, John Cornyn, and the rest of the guys who claim to know better than the rubes in their party’s base have some time and look at what they decided to pass on while working to get the Export-Import Bank up and running again (within a tax/pork-filled highway bill). It is kind of important to the people they expect to keep voting for them.