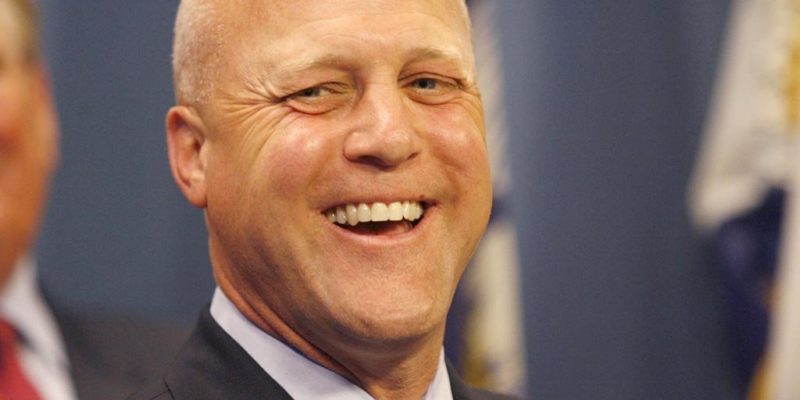 While the New Olreans firefighters have still not been paid their millions in back, Mayor Mitch Landrieu of New Orleans is off making radio ads to promote his public image.

In the radio ad, which you can listen to below, Landrieu says that he is “fighting for you.” That is, of course, unless you are a New Orleans firefighter.

Here’s the problem: New Orleans firefighters have been actually fighting the city of New Orleans for over a decade now on backpay which they are legally owed and which multiple court rulings have declared the city owes them.

That amount has come up to $142 million in backpay. After Landrieu refused to pay the amount, on multiple occasions, a Civil District Court judge held him in contempt of court and now the mayor is facing house arrest unless he shores up the funds to pay the firefighters.

That is not the story you will hear from Landrieu’s administration, however. Landrieu and the Times Picayune/NOLA.com have both lambasted the New Orleans firefighters union as not being flexible enough on the issue.

What’s there to be flexible about? The firefighters are owed this money and the court agrees. But, now Landrieu is saying that he’s not exactly sure where the New Orleans firefighters got the $142 million amount.

Most interestingly, is that while crime is out of control, New Orleans firefighters still have not been paid and the city administration is focused on removing Confederate monuments, Landrieu is making radio ads.

The money source for the funding of the radio ads, which are set to broadcast on the air this week, is not known.

Interested in more news from Louisiana? We've got you covered! See More Louisiana News
Previous Article LIVE BLOG: Qualifying Week 2015, Day 2
Next Article Boehner And The House Leadership Appear To Be Going To War With McConnell Over The Iran Deal