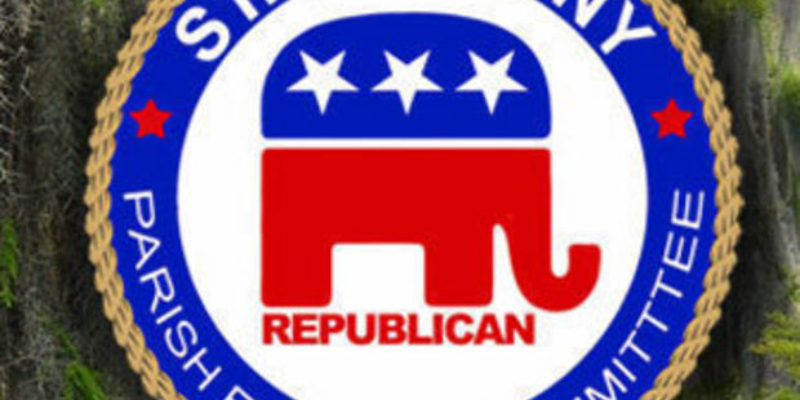 The St. Tammany Republican Parish Executive Committee had its first ever straw poll this weekend at the parish government complex on Koop Drive in Mandeville. The theme of the event was the “Old Fashioned Political Rally” which featured a live band, a BBQ stand, a food truck from Coffee Rani, and speeches and booths from many candidates from everything to parish council to governor. The St. Tammany RPEC told The Hayride 450 attended.

After the speeches, a straw poll was held of attendees and here were the results by office. Keep in mind, only Republican candidates were featured. 320 voted in it.

This shouldn’t be a surprise. Vitter was the only candidate for governor that attended and spoke. He was the only one who had a booth as well. He represented the parish in Congress and so it shouldn’t be any surprise we would win it. Not only that, Evans Spiceland, who is probably the best grassroots organizer in St. Tammany Parish is running Vitter’s campaign in the parish. Vitter shouldn’t have a problem in St. Tammany.

Both Nungesser and Young were at the event and had displays. Both men spoke. This doesn’t bode well for Young, who should be doing well on the Northshore.

Landry won by one vote, inspite of having a presence there and the RPEC endorsement. Caldwell did not even have a presence at the event. This weak showing at a Republican event, especially when his opponents were not even active, is not good news for Landry.

Donelon should have no problems with his reelection bid.

Not really surprising given that St. Tammany Parish is the epicenter of the anti-Common Core mania.

Hewitt was the only candidate there. She is genuinely an impressive woman whose command of the issues has gotten much better as the campaign has gone on. I expect her to win the race.

You can’t really read a whole lot into this because most voters who participated don’t live in the district. The only thing to grab from this is that Beth Mizell is a much better retail politician than Brett Duncan.

Parish Councilman Falconer is the clear frontrunner in the race and this result shows it. Philips has some work to do.

Brister is going to cruise to reelection. She is not facing any credible opposition. The two “no party” candidates are anti-fracking activists and Karen Champange is one of the leaders of Two People, LLC whose stupidity, particularly on education reform, we have documented at length here on The Hayride.

Jake Groby’s reelection campaign is going over about as well as the brain-eating amoeba he infects St. Bernard’s water supply with. He failed to secure the RPEC’s endorsement and strong challengers have emerged. The front runner according to St. Tammany insiders is schoolteacher Jacki Schneider. She has drawn support from all over the community. Joe Savarese is the owner of DEMCO, which is a Lacombe business that repairs electrical motors. His platform can be summed up as this “I hate Jake Groby.” We here at The Hayride don’t have much a problem with that particular platform. Our guess is that it’s an open question whether Groby even makes the runoff.

The straw poll can be seen as a success for St. Tammany Republicans. The event was decently attended and some candidates will be getting positive publicity out of it.