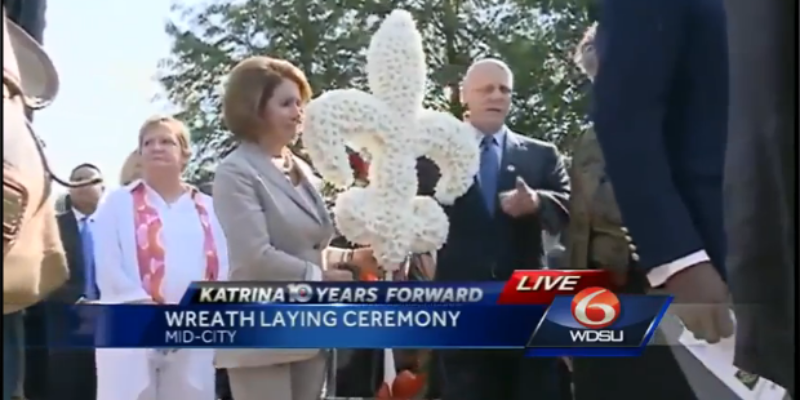 Democrats will take advantage of any opportunity to put their name out there in the midst of tragedy.

Pelosi was not Speaker of the House at the time of Hurricane Katrina, nor was she influential in anything related to Louisiana or the tragedy that was the storm.

And what does Pelosi have to do with the Landrieu family? Why of all people was she picked to help Landrieu lay the wreath at the Mid-City Hurricane Katrina memorial? It all just seems odd.

Pelosi also spoke at a ten year anniversary ceremony last week where she praised the progress of New Orleans. Yet, that progress has nothing really to do with her.

Sure it is important for the city and leaders in Washington to remain on a united front for the public. However, the fact that Pelosi was chosen over others who actually have been influential in the state pre and post-Katrina seems political and nothing more.

Interested in more news from Louisiana? We've got you covered! See More Louisiana News
Previous Article EXCLUSIVE: New Orleans’ Andrew Jackson Monument May Be Getting The Axe
Next Article GATES: Louisiana drivers get to pay more for insurance premiums (again)