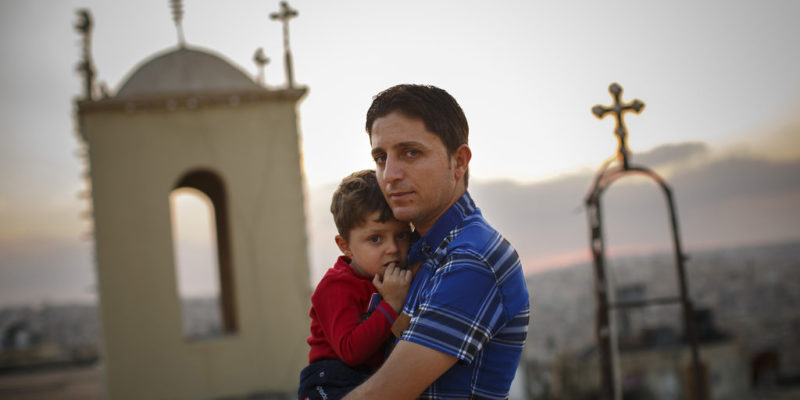 In the middle of the Syrian refugee crisis has come the question about why the United States and Obama administration has not helped more Christians being persecuted for their faith oversees.

Though the overwhelming majority of Americans identify more with Christianity, the trends for accepting refugees and migrants overwhelmingly favor individuals who come from polar opposite types of cultures.

And when it comes to accepting refugees into the country, the Obama administration has a habit of favoring Muslim refugees over Christian refugees, even though Christian beliefs are more in-line with the country’s principles.

Take for instance the most recent events in the wake of the Syrian refugee crisis. According to data by the State Department, the country has already accepted 2,184 Syrian refugees since 2011.

Of that number, 96 percent are Muslims, while only 2.4 percent are Christians. Syria’s population breakdown in 2011 consisted of 90 percent Muslim and 10 percent Christian.

Much has been made about a ‘religious test’ for refugees seeking a home in the country. Though the Obama administration claims no-such thing exists, nor should it, in actuality, a religious test does exist and it greatly favors Muslims.

When it comes to the Syrian refugee crisis, the mainstream media and Democrats are all over the issue, telling the American public left and right that we have an obligation to accept persecuted Muslims who are being targeted by Islamic State terror organizations like ISIS.

However, when it comes to Christians being persecuted, the mainstream media and Democrats largely ignored the issue.

For example, the fact that Christian migrants fleeing Syria tend to not go to refugee camps set-up across Europe because they are normally persecuted against by Muslims migrants is never mentioned by the media or the State Department.

Instead, CNN portrayed a small-town in Georgia which has a massive Muslim population as a celebration of diversity. But, there is no diversity in the refugee process, only a longing for more Muslim refugees and less Christian refugees.

Also, when a German family fled to the United States back in 2008 to see political asylum because they were being persecuted against for home-schooling their children in a Christian household in Germany, the Obama administration actually put up a fight.

Though the German family was able to dodge being deported back to Germany by the Obama administration, the US Supreme Court declined to hear the family’s appeal, sending a message to Christians across the country that religious freedom does not seem to be at the forefront for the highest court.

Additionally, Christians in nearly 105 countries across the world have been persecuted for their faith. When an extensive report was conducted on the slaughtering of Christians in the Middle East and western Africa by TIME magazine, the rest of the mainstream media did not pick up the growing issue.

Nor was it ever even part of the American conservation that the country should be admitting Christians being persecuted oversees as refugees, even though more Christians have apparently been killed because of their faith in the 20th and 21st centuries than in all the other centuries combined.

Christians are the most persecuted faith group in the world, and still the issue has never been mentioned.

In comparison, the media and Obama administration have been parading around the idea that it is an American obligation to accept Muslim refugees who are fleeing terrorism. But, why was this idea not brought up back in 2008 when Christians were being slaughtered in mass?

Much like the country’s immigration system, the refugee process highly favors individuals who come from polar opposite mindsets and polar opposite cultures.

In the immigration system, preferential treatment is given to Hispanics crossing the board from Mexico, El Salvador, Guatemala and Honduras. All of these cultures are exceptionally different from American culture.

This is how the refugee process tends to work as well.

Since the 9/11 attacks, the country has taken in 1.6 million immigrants from predominately Muslim countries. That is double the amount of Muslim immigrants that the country was taking in before 9/11.

An overwhelming majority of those 1.6 million Muslim immigrants have come from Iraq, Somalia, Bangladesh, Pakistan, Iran and Nigeria.

In these predominately Muslim cultures, women are considered second-class citizens. Women are hardly or not at all represented in the political process. Being gay is considered a grave sin and can be punishable with jail time or even execution. Gang-rape, honor killings, joining jihad and terrorist attacks are all too common in these countries as well.

The purposeful changing tide of favoring Muslims over Christians may largely have to do with the fact that Christians generally vote Republican and Muslims heavily vote for Democrats.

Back in 2012, a study conducted by Wenzel Strategies found that an whopping 72 percent of American Muslims said they were “definitely” supporting President Obama in his re-election. Only 11 percent said they were voting for the Republican challenger Mitt Romney.

Of that same group of American Muslims, their views of culture tended to be vastly different from American culture.

For instance, of the 600 American Muslims polled, 46 percent of them agreed that parodies of Muhammad should be prosecuted by the United States government. One in eight of those Muslims also said that the offense is so serious that violators should face the death penalty.

Likewise, 40 percent of American Muslims said they should not be judged by the law of the country or the US Constitution, but by Shariah Law standards, as practiced and enforced in many predominantly Muslim countries.

Research and study after study shows that Muslims coming into the country are greatly favored over Christian refugees. Meanwhile, Christians continue to be persecuted in majority Muslim countries more so than any other religious group in the world.

The mainstream media, like Democrats, have particularly taken interest in the Syrian refugee crisis, only in the sense that the narrative overwhelmingly tends to be one where Muslim refugees should be free to enter the country, though their views are contrary to basic concepts within the US Constitution.

Interested in more national news? We've got you covered! See More National News
Previous Article John Bel Edwards May Have Been Fine With A Republican Speaker Until This Happened
Next Article Was Buddy Caldwell Running A Pay For Play Racket? It Sure Looks Like It