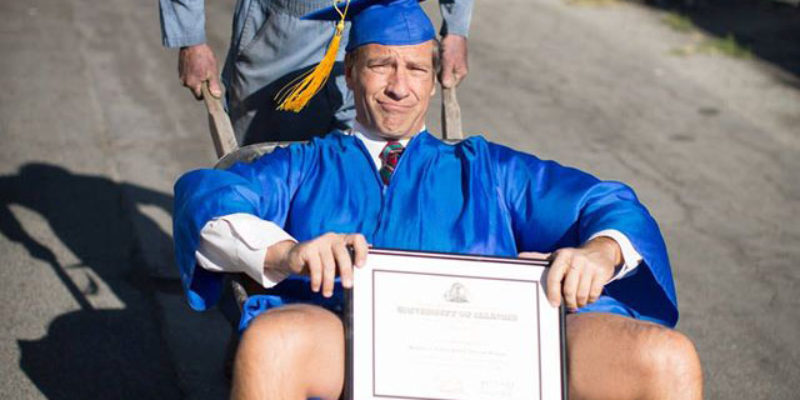 You would have expected it to, of course. When socialist would-be tyrant and Democrat “insurgent” presidential candidate Bernie Sanders put out a tweet yesterday declaring that either one goes to college or will likely end up in jail, it certainly would put him on a collision course with Rowe, who is making a career out of serving as the nation’s top advocate for skills and vocational education and the promotion of employment in the trades.

At the end of the day, providing a path to go to college is a helluva lot cheaper than putting people on a path to jail.

And here was Rowe’s response…

I wonder sometimes, if the best way to question the increasingly dangerous idea that a college education is the best path for the most people, is to stop fighting the sentiment directly, and simply shine a light on the knuckleheads who continue to perpetuate this nonsense. This latest tweet from Bernie Sanders is a prime example. In less than 140 characters, he’s managed to imply that a path to prison is the most likely alternative to a path to college. Pardon my acronym, but…WTF!?

Historically, universities have promoted themselves at the expense of many other forms of “alternative education.” The implicit suggestion, reinforced daily by a generation of well-intended guidance counselors and misguided parents, is always the same – get yourself a four-year degree, or accept one of the many “vocational consolation prizes” that result from all other forms of “lesser knowledge.”

It’s a cautionary tale as predictable as it is false. But now, as people are slowly starting to understand the obscenity of 1.3 trillion dollars in student loans, along with the abundance of opportunity for those with the proper training, it seems the proponents of “college for all” need something even more frightening than the prospect of a career in the trades to frighten the next class into signing on the dotted line. According to Senator Sanders, that “something,” is a path to jail.

I try not to be political on this page, because the truth is, arrogance and elitism are alive and well in every corner of every party – especially with respect to this topic. But I have to admit, this is the first time I’ve seen an elected official support the hyper-inflated cost of a diploma by juxtaposing it with the hyper-inflated cost of incarceration. Honestly, I’m not sure what to make of it.

Is it possible that Senator Sanders doesn’t realize the number of college graduates with criminal records? Is he unaware of the millions of successful tradespeople and entrepreneurs who didn’t pay for a sheepskin, but somehow managed to stay of the clink? Does he not recognize that comments like his will encourage more kids who are better suited for an alternative path to borrow vast sums of money they’ll never be able to pay back in order to pay for a degree that won’t get them a job?

Maybe not. Maybe the 140 character limit has doomed him to be misunderstood or taken out of context. Certainly, it’s happened to me. But regardless, the damage is in the headline, and Twitter is nothing but headlines. The truth, in my opinion, is this: There is no alternative for an education, and no hope for a person who doesn’t want to learn something useful and apply it. But there are many, many alternatives to college. And none of them come with a prison sentence.

Anyway, I’m in no position to judge. After all, I’m going LIVE on Facebook at 5pm PT to raise money for Work Ethic Scholarships by singing The Grinch and selling a collectible Bobblehead. http://offer.ebay.com/ws/eBayISAPI.dll…

So really, what do I know?

Call us crazy, but we think Rowe wins that round.

Particularly since he had this picture to go with his comment… 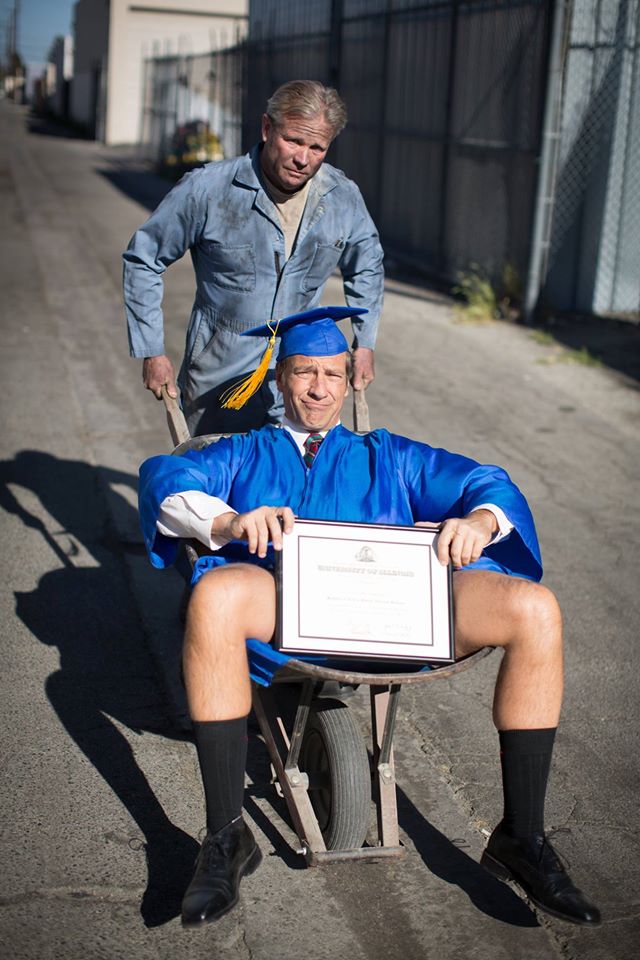 Interested in more national news? We've got you covered! See More National News
Previous Article Everything You Must Remember About Islam Ahead Of Tonight’s GOP Debate In One Video
Next Article Bob Mann Gets Absolutely Torched On Facebook For His Attacks On LSU Football