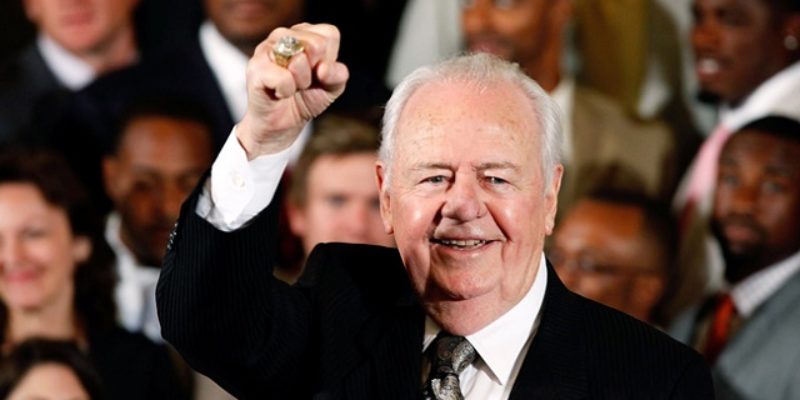 On Sunday, the New Jersey based and Alabama printed Times-Picayune printed a front page column by sportswriter Jeff Duncan asking Tom Benson to sell the New Orleans Saints and the New Orleans Pelicans. Duncan argues that the fighting between Benson and his kids has hurt the ability of both franchises to field competitive teams. Duncan’s point is a fair point and he points out that the Saints are set to miss the playoffs for the third time in four seasons and the Pelicans had a rough start to this season.

This brought a smackdown by Tom Benson on the Saints Facebook page late Sunday after the Saints defeated the Jaguars yesterday. Benson flat out said that he was not selling either team and he plans to continue to be involved with both teams for years to come. Benson, who also owns WVUE-TV in New Orleans, reminded New Orleanians about recent changes the Times-Picayune have been making for years.

But what strikes me the most is the pure irony of The Times-Picayune imploring me to sell for the benefit of the city. I recall in May 2012, reaching out to the Newhouse family imploring them to sell to me or other local ownership as they threatened to become and then became a part-time newspaper. Since then the newspaper has done nothing but layoff staff and move operations out of town.

It’s safe to say that Tom Benson through his businesses, giving, and his teams have done more for the city in recent years than a slanted, out of town based newspaper like the Times-Picayune. After all, the Times-Picayune decided to run with its op-ed instead of reporting on the recent rash of murders in New Orleans on its front page.

Benson’s right, the business that needs to change ownership for the good of New Orleans is the Times-Picayune, not the Saints and Pelicans.

Interested in more news from Louisiana? We've got you covered! See More Louisiana News
Previous Article The Virginia GOP Is Trying To Close Its Primary, And Trump Is Starting A Fight Over It
Next Article Why Don’t We Have Any Use For Public Transportation? Here’s Why