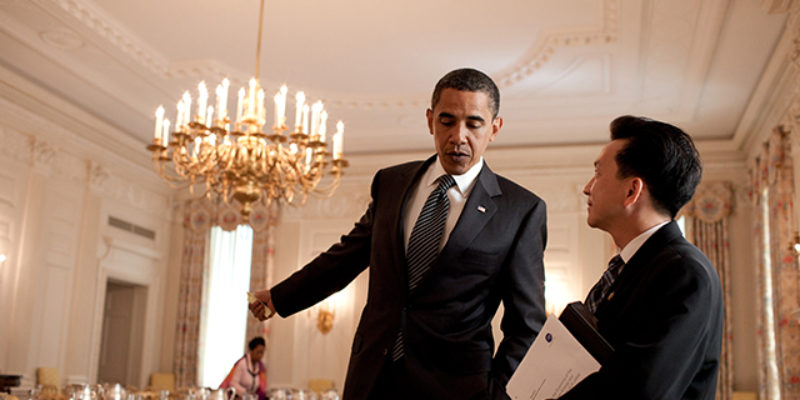 Former Congressman Joseph Cao has announced that he’s running for the U.S. Senate seat being vacated by David Vitter. The Times-Picayune has the email he sent out to his supporters (who knew he still any).

Anh “Joseph” Cao, a New Orleans attorney and the first Vietnamese American to serve in Congress, plans to join the race to succeed Sen. David Vitter.

In a private holiday greeting emailed to family, friends and supporters — and obtained by NOLA.com | The Times-Picayune — Cao laid out an optimistic take on his chances to best a crowded field in the Nov. 8 primary.

“Sen. Vitter will not be running for re-election, so this is a great opportunity to have a Vietnamese-American/Asian-American voice in the U.S. Senate,” Cao wrote.

[…] But it is New Orleans Mayor Mitch Landrieu, a Democrat, whose decision not to run appeared to most invigorate Cao.

“This will work to my advantage as the votes in New Orleans, the district that I represented, will gravitate towards me, as well as the votes of independents, center-right Republicans and center-left Democrats,” Cao wrote. “In a race this big and this important, it will boil down to money, and I ask that you all help me raise the money that I need to win this race.”

Cao estimated he needs $2 million to make it to the primary.

Under Cao’s optimistic scenario, he better hope that State Rep. Neil Abramson (D-New Orleans) stays out the race. Abramson is one of the Democrats that’s being looked at for the race.

But let’s be real here does anyone think Joseph Cao, who hasn’t held office since 2010, is going to raise $200,000 let alone $2 million? Cao was only elected in 2008 because he was running against Bill Jefferson and was the only alternative to him. When Cao had to stand on his own merits, he was defeated by Cedric Richmond.

Also, we know a Democrat is going to enter the race. Why would they support Cao if they can have the real thing?

Cao is the first of the many who will be entering the race not because they can win, but because they have nothing else to do. He won’t be a real factor in the race, if he even stays in it.

Interested in more news from Louisiana? We've got you covered! See More Louisiana News
Previous Article Have You Seen The Video Of The Blacksmith Debunking The Goofy 9/11 Conspiracy Claims?
Next Article All Of A Sudden, The Establishment Experts Don’t Know What A Poison Pill Amendment Is