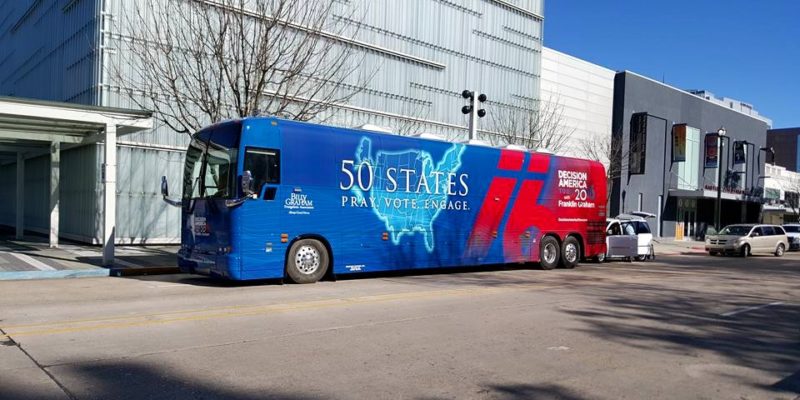 “The only hope for our nation is the Almighty God.” Franklin Graham said during his visit to Baton Rouge on January 13th. A crowd of thousands gathered to hear what he had to say.

The Advocate reported that:

“The walls of America are crumbling,” he said. “Walls are meant for protection … our moral walls are down. Our politicians, our educators and our pastors are more concerned about political correctness than God’s truth and righteousness.”

He urged the audience to pray — out loud — for repentance of America’s sins of abortion and of same sex marriage, which he described as “a sin against God.” He also urged prayers of repentance for an entertainment industry he said was filled with sex and violence.

For several minutes, the plaza was filled with voices in prayer. The group then prayed again, silently this time, in confession of personal sins, followed by a third, silent prayer confessing “the sins of our fathers.”

Graham described America as a more moral nation during the time he was growing up in the 1950s and 1960s but said that changed when “secularism crept into our government and society.”

He said secularism is no different than communism.

“They are both godless,” Franklin said. “The secularists are led by people with very appealing names like ‘progressives.’ If you ever hear someone say they are progressive you better watch out. They most likely oppose the standards of God.”

Billy Graham, Franklin Graham’s Father, visited Baton Rouge in 1970 and spoke at LSU. Glenda Pollard attended both events. Glenda shared her accounts of both events with me:

Franklin Graham said for Christians to run for office from school board to mayoral in your community. He said there are no perfect candidates so choose the person that most represents your biblical values and vote. He asked for us to get Christians registered, engaged in the election process, and voting. 20 million Christians stayed home the last election because they couldn’t find the perfect candidate. He said to not let that happen again. Most of all, Franklin said for us to Form prayer groups and pray for our nation to turn back to God. “No political party will save us”, only Christ who died on the cross will save us from our sins.

I accepted Christ in October of 1970 at age 9 at the Billy Graham Crusade. Today felt like a National Championship having Franklin Graham praying and calling Christians to make a stand for Christ and our country.

Claudia Phillips also attended the Franklin Graham event and shared her experience with me:

Franklin Graham said we were going to have a “prayer meeting” and that’s what happened. He wanted us to pray for America; politics were a side issue. He led us in prayer and encouraged us to be involved with our country on all levels. But, most importantly, he asked for prayer and told us to seek God for guidance. His father always preached the pure, straight-forward gospel message, and Franklin did that as well. That was probably my favorite part of the day. “Here’s Jesus. Come and meet Him.”

“A day after President Barack Obama gave an upbeat account of the nation’s standing in his last State of the Union speech, evangelist Franklin Graham painted a different picture for an estimated 3,000 to 4,000 people at North Boulevard Town Square in downtown Baton Rouge.

“The state of the union,” Graham declared, “is broken.”

Graham is preaching in all 50 states this year, calling America back to biblical values. He’s encouraging Christians to stand firm for their faith and to get involved in the political process as part of his “Decision America Tour.”

Baton Rouge was the third stop on the schedule where, in most places they are holding rallies on the state’s capitol steps.

“We’re here today because we see that our nation is in trouble — that’s the state of the union,” Graham said before a cheering crowd, many of whom waved miniature American flags. “We are in trouble spiritually, racially, economically and we’re in trouble politically. No political party is going to be able to turn this thing around — only God can fix it.”

Dwight Hudson attended the event and shared the following on his facebook:

What an outstanding event. Franklin Graham and his staff put on an exceptional presentation today while encouraging Christians in Baton Rouge and Louisiana to engage in the political process and to pray for our nation. Our Parish, State and Country are surely in need of God’s saving grace. Your prayers and participation in the process certainly have a great impact.‪#‎decisionamerica‬

Below are pictures of the well attended event. 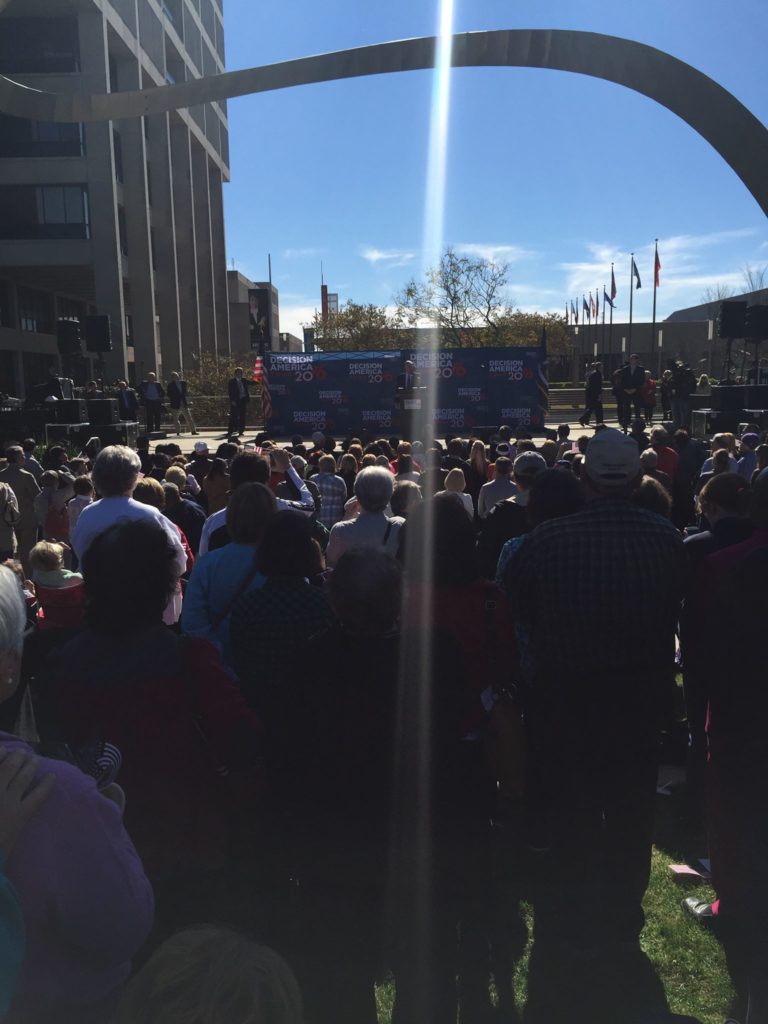 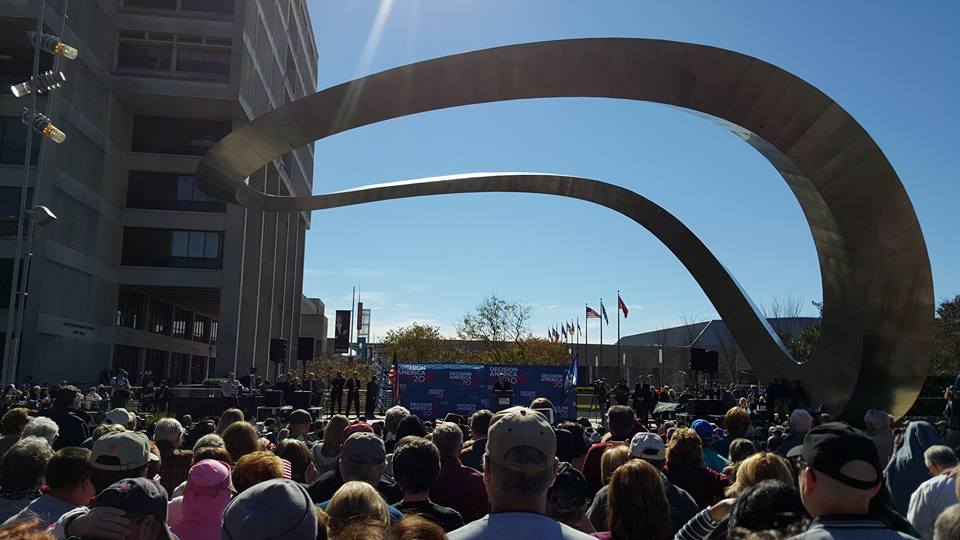 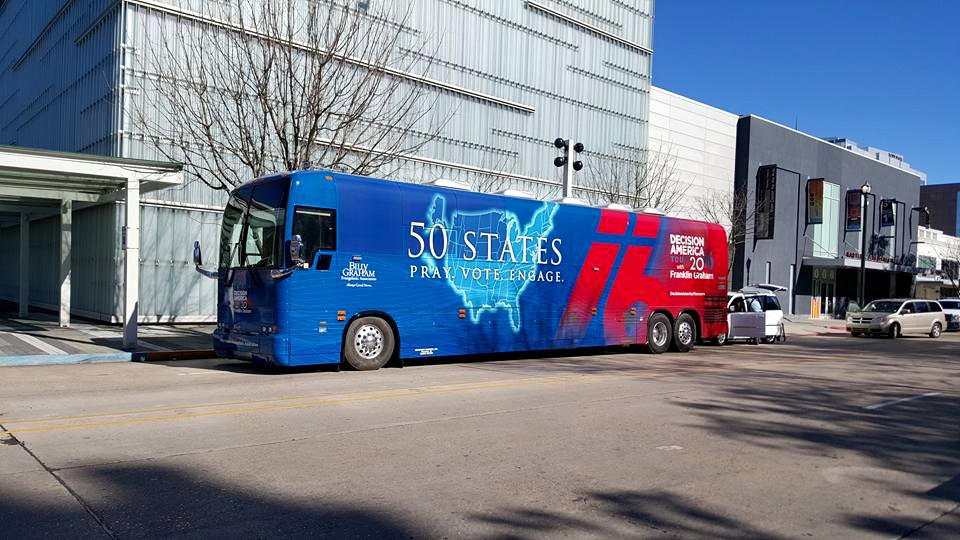 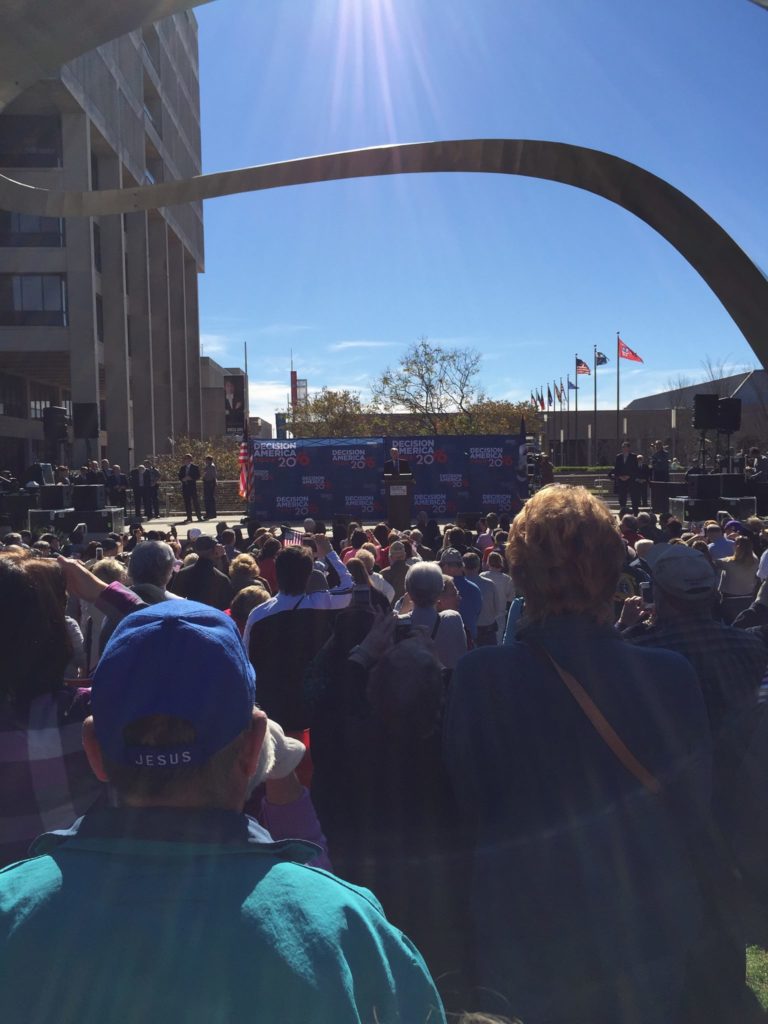