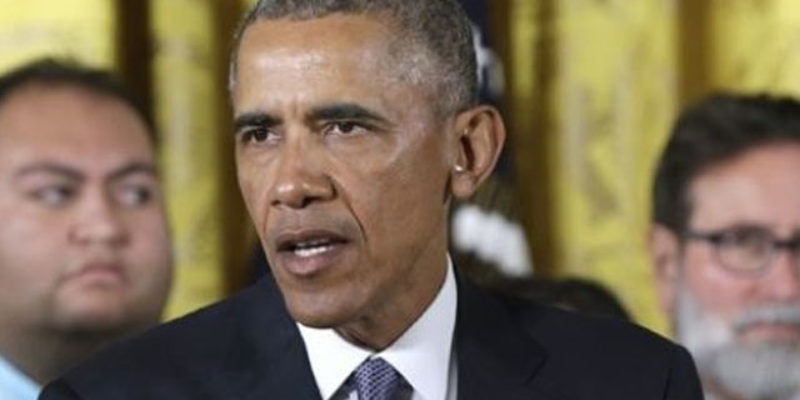 “It is insulting to the American people that President Obama is attempting to take away the constitutionally protected rights of law abiding citizens in an obvious effort to change the subject away from his failure to keep America safe from radical Islamic terrorists,” Rep. Scalise said. “I will do everything in my power to block any attempt by this President to restrict our Second Amendment rights, while our Republican-led House will continue focusing on ways to strengthen our military so we can secure our borders and defeat ISIS.”

“The President’s proposed plan on gun control will reach further into our private lives and restrict our Second Amendment rights. The vague nature of the new ATF guidance means that the President could try to arbitrarily classify private gun owners as dealers subject to a high degree of regulation and criminal penalties.

“His plan will also expand on the VA’s misguided ‘guilty-until-proven-innocent’ criteria to restrict gun ownership for Social Security recipients who rely on someone else to handle their finances. I’m proud to cosponsor my colleague Ralph Abraham’s (R-LA-5) legislation that protects seniors’ gun rights and ensures that only people who have been adjudicated as mentally defective may be added to the National Instant Criminal Background Check System (NICS).

“Our hearts are all affected by tragedies such as Sandy Hook or the recent shooting in California. But studies have shown restricting gun rights do not prevent violence – stronger law enforcement does. If we truly want to do the right thing, we must put more criminals behind bars, not waste time infringing upon our Second Amendment rights.”

ORIGINAL POST: Not even going to post our reactions to the president’s speech today. You guys already know our opinion.

Instead, here’s what a few of our elected officials had to say.

“If the President is interested in stopping mass shootings, we should look at the root causes, such as home grown terrorism in San Bernardino and recognized but untreated mental illness in Lafayette and Newtown. To the degree that this is addressed, Americans will be safer. To the degree that law abiding citizens are hassled when exercising a constitutional right, this is big government at its worst.”

“When this President can’t get what he wants, he acts unilaterally by Executive Order. Our President is not a king; he is meant to be held accountable by the people who elect him and by the coequal branches of our government.

“While the President complains about congressional inaction, Congress is already working on mental health legislation that will improve treatment and ensure guns are kept out of the hands of the mentally unstable. As a strong defender of our Second Amendment rights, I will work with my colleagues to block any backdoor attempt by the Administration to limit gun ownership for law-abiding American citizens.”

“While President Obama has long proven himself to be an avowed enemy of the 2nd Amendment, today he took it to a whole new level with this power-grab through executive fiat. Unfortunately, President Obama’s arrogance has been emboldened by a spineless Republican Congress that has done little to rein in his illegal executive authority over the past seven years. After Republicans did nothing to stop the President’s last illegal power-grab, which granted amnesty to millions of illegal immigrants via executive fiat, should we really be surprised that he is now trying to use the same tactic to force his treacherous gun-control agenda down our throats?

“It is my belief that if we are ever going to stop President Obama and his radical agenda, we need to do something about these jellyfish Republicans who constantly allow him to run roughshod over our rights. And that is why I am calling on every member of Congress, especially my fellow Republicans, to grow a spine and join me in the fight to not only defend our 2nd amendment rights, but also defend the entire system of checks and balances enshrined in the Constitution from our imperial President.”

More as they come in.

Interested in more national news? We've got you covered! See More National News
Previous Article COVER VERSIONS: Get Lucky, In The Style Of 10 World-Famous Guitar Players
Next Article Have You Seen The Goldman Sachs Guide To Being A Man?