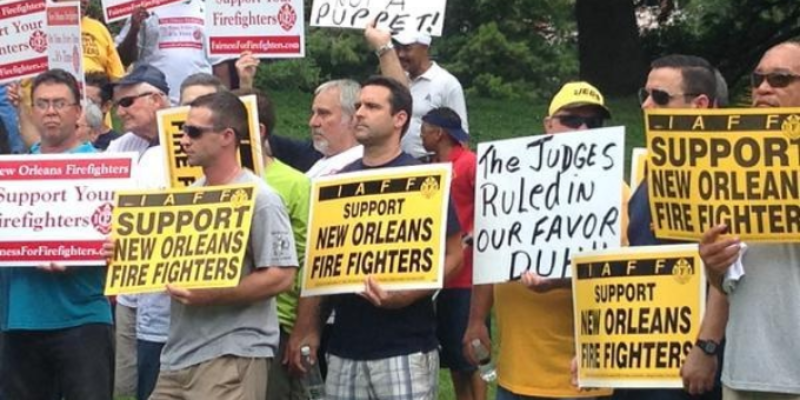 When Mayor Mitch Landrieu gets in a bind, it’s the New Orleans taxpayers who get stuck paying the bill.

The latest proposal by Landrieu includes a massive $26.6 million property tax hike to apparently help pay for more police funding for the New Orleans Police Department (NOPD) and it would also help pay back a decades-long court settlement between the city and New Orleans firefighters.

At a press conference on the tax hike, Landrieu said “If we want to be safe in the city of New Orleans, we have to invest in our police and fire departments.”

Much of the $75 million owed to firefighters for decades now will derive from a 2.5 mills tax increase (included in the total tax increase) which will go before New Orleans residents on April 9.

Under the settlement, the city will pay $15 million to the firefighters upfront. Then, it will pay $5 million over the next 14 years via a tax increase to residents, if it is approved by voters in April.

The other 5 mills of the tax increase would apparently generate $17.7 million for the NOPD, who continues to say that they need every penny they can get their hands on to keep the city safe.

In 2014 and 2015, violent crime skyrocketed to almost pre-Hurricane Katrina levels. While the murder rate in the city fell in 2014, it increased by over 50 percent in 2015. Additionally, carjackings and armed robberies have ticked up some 200 percent since 2013.

A tax hike this large for property owners would mean a $138 increase every year for property taxes on a house valued at about $180,000, which is the average property value in the city.

Interested in more national news? We've got you covered! See More National News
Previous Article Debunking The Myth That Tourists In New Orleans Are Safe From Being Victims Of Violent Crime
Next Article The Low Popahirum, January 7, 2016