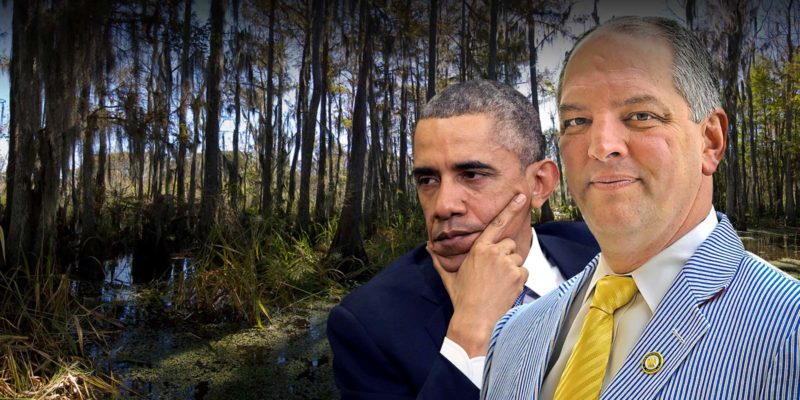 President Obama will be making a pit-stop in the Baton Rouge area on Thursday, Jan. 14. just three days after Governor-Elect John Bel Edwards takes office, marking the president’s 10th trip to the state since taking office in 2008.

Obama, who steered clear of the Louisiana governor’s race, even though Edwards said during the campaign that he voted for Obama twice and would vote for him again, is likely to discuss how excited he is for a Democrat to be running the red state of Louisiana.

Among other issues, Obama will discuss the millions in federal grants which the state has received to ramp up pre-school development programs.

Interested in more national news? We've got you covered! See More National News
Previous Article The Louisiana Media Entirely Ignores That John Bel Edwards’ Dept Of Health Secretary Is Pro-Abortion
Next Article Abortion Advocates And City Officials Are Up In Arms Over These Pro-Life Banners In New Orleans