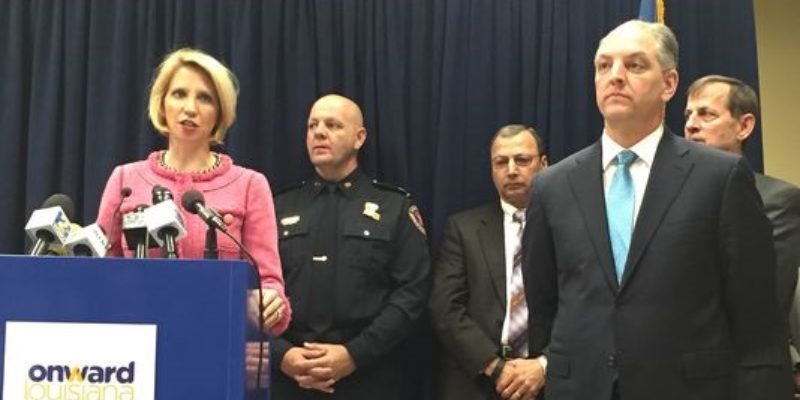 Since the state is ruby red and largely pro-life, the abortion issue is usually taken seriously and reported on by the press with great scrutiny.

But, not for the precious darlings of the Louisiana media.

The only issue: Edwards ran as a pro-life candidate just a month ago in the governor’s race.

This makes Edwards’ position seem as though he is actually pro-choice, but ran as pro-life to get elected in a red state, something conservatives warned of during the campaign.

Being that this is a massive flip-flop by Edwards that has already set off pro-lifers around the state, the Louisiana media would be expected to report on the issue diligently. Except, that’s not what has happened.

The Advocate and their affiliate the New Orleans Advocate is the only local media outlet to run lengthy piece dedicated to the issue of Edwards appointing a pro-abortion advocate to run healthcare in the state.

Meanwhile, the Times Picayune/NOLA.com and WWL Radio ran a pathetic Associated Press (AP) report, where they essentially exonerate Gee from her pro-abortion background. The report was only 130 words long.

Likewise, KPLC out of Lake Charles, La. apparently ran a quick segment about the issue on their newscast, but did not feel it necessary to post any of the report online.

These Louisiana media outlets, though, refused the story altogether:

A more lengthy AP report by Melinda Deslatte was picked up by two news media outlets in Indiana and another media outlet in the Utah area.

Interested in more news from Louisiana? We've got you covered! See More Louisiana News
Previous Article The Low Popahirum, January 8, 2015
Next Article President Obama Is Coming To Baton Rouge To Tell Us How Much He Loves John Bel Edwards