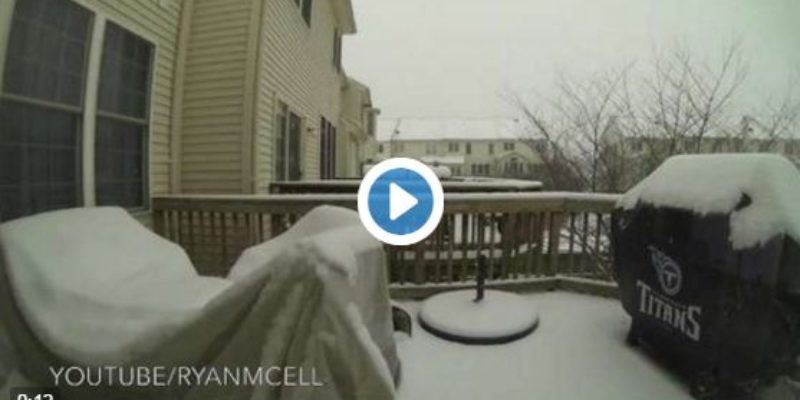 One of the victims of the weekend’s massive snowstorm had the idea to put a camera looking through his sliding glass door to his back yard as the snow fell, and took a time lapse video of the accumulation.

Timelapse video shows the snow piling up in Virginia during #blizzard2016: https://t.co/OKW07yHdnf https://t.co/VkNooIYerw

Interested in more national news? We've got you covered! See More National News
Previous Article Family Of New Orleans Tourist Who Was Dragged Six Miles In Horrifying French Quarter Hit-And-Run Plead For Help
Next Article PRAGER U: Where Do Good And Evil Come From?