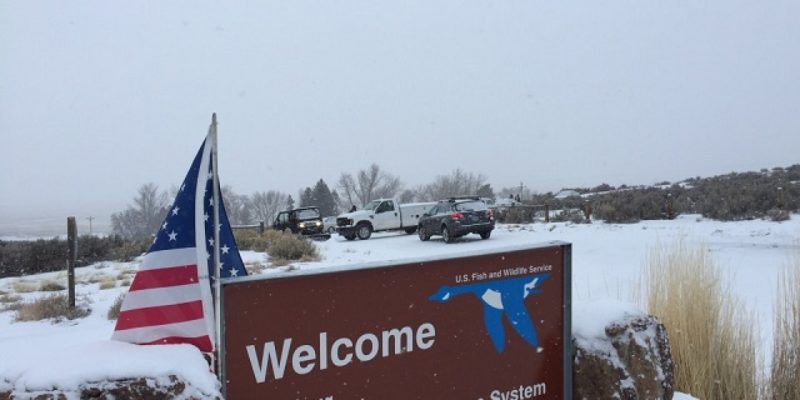 This weekend, a bunch of armed “militiamen”* led by a couple of Cliven Bundy’s sons took over an empty Federal building on a wildlife refuge in eastern Oregon. The building, which is supposed to vacant anyway through winter, is located in the middle of nowhere, literally. The occupation was done in protest of some harsh sentences handed down to ranchers for accidentally burning some Federally owned grassland.

This does not justify the occupation of the building. In fact, the family of the ranchers does not want the armed standoff. The incident should be peacefully resolved with the arrests of everyone involved, the same as it should be if the occupiers were Black Lives Matter or the Occupy Movement.

When the news broke, the enlightened progressive left took to Twitter to demand summary execution of the “militiamen” because the National Guard was sent to Ferguson and Baltimore or something. This is despite the fact that there was actually rioting going on those cities and no one has done anything violent (yet) in eastern Oregon. Caleb Howe does a great job skewering the left’s blood lust today at Red State.

I want to draw special attention to the #YallQaeda hashtag that the enlightened progressives are using to discuss this event. It’s another example of how hypocritical they are when it comes to discuss racial and cultural issues. The same people who are ready to silence free speech over the slightest “microaggression” towards any non-white are quick to stereotype whites, especially working-class whites.

First off, our progressive friends need to take a lesson in American culture and geography. “Y’all” is rarely used outside of the Southeastern United States. Last time I checked eastern Oregon is nowhere near the Southeast. This hashtag just doesn’t make sense.

But secondly it goes into the mindset of the left and that is simply this, white people and especially working-class whites are the problem. They believe that working-class whites are bigoted, ignorant rubes who refuse to be reeducated into the perfect progressive citizens of 21st century. This is why guns have to be banned, you have to bake the cake for the gay wedding, manual labor has to be denigrated, and orthodox Christian beliefs have to be ridiculed and shamed out of society. Since there is no place for working-class whites in a proper progressive society, they have to be marginalized. After all, that’s what they did for hundreds of years by setting up institutional racism, sexism, and homophobia.

This is why progressives are seemingly uninterested in homegrown jihad. They even consider discussions of “black on black” and illegal immigrant crime racist. The way to get progressives interested in fighting crime is simply tell them that all criminals are white right-wing militiamen and NRA members.

Perhaps progressives would be taken seriously on racial issues if they extended the same opposition to stereotyping to whites, especially working-class ones.

*Militiamen is in scare quotes because the occupiers are no more a militia than a street gang is. No known militia group in the region is supporting the occupation.