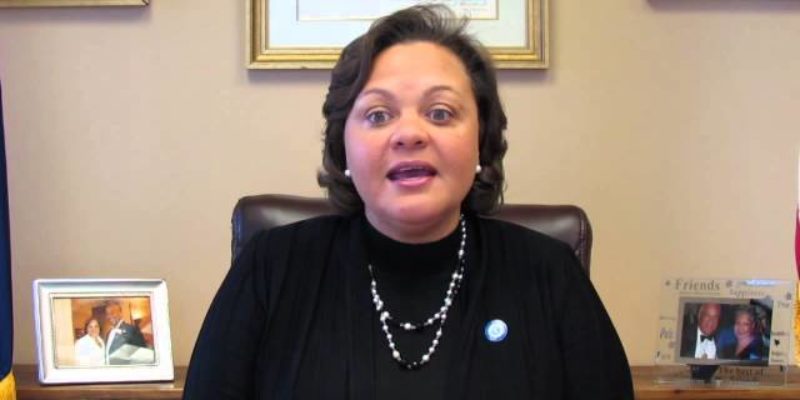 Seems as though it is.

Via an e-mail tip from a reader, here’s a snippet from the Louisiana Senate rules…

(16) Senate and Governmental Affairs Committee, all matters relating to:
(a) Affairs of the Senate
(b) Appointments which require confirmation by the Senate
(c) Apportionment for public officials and governing authorities
(d) Assignment of space in state buildings, including space for Senate and legislative needs
(e) Capitol building and all other buildings for state government services in the state capital, including capitol parking
(f) Classified and unclassified service for public employees
(g) Creation of all legislative committees and proposals for interim studies by committees
(h) Elections, state political parties and their committees, and officers, procedure, and other matters relating to elections

So we have a state party chair who is also the chair of a legislative committee that oversees that party?

On what planet is that OK?

Senate President John Alario, we’re told, gave Gov. John Bel Edwards most of what he asked for with respect to committee assignments – at least where it came to chairmanships. Some of those committees Edwards asked for Democrats to chair, and he got that from Alario – and then the committee would be stacked with Republicans.

But not Senate & Governmental Affairs. There are nine members to the committee, and Peterson chairs it with a 5-4 Democrat majority. And all five Democrats are members of the Legislative Black Caucus; four of the five (Peterson, Troy Carter, J.P. Morrell and Vice-Chair Wesley Bishop) are from Orleans Parish.

Which means Peterson has the votes to beat back any challenge by the committee to whatever conflicts of interest might arise. The question is whether there would be a challenge to her chairmanship on the Senate floor should such a conflict make itself manifest.

The simple fact that the chair of the committee overseeing political parties in the state should double as chair of one of the parties, however, should in itself seem to constitute a major problem. How this appointment was made in the first place casts a negative light over the governor, Peterson and Alario – not to mention the integrity of the Senate.

Peterson really ought to do the honorable thing and resign that chairmanship. Or Alario should ask her to exchange it for the chair of another committee with a less obvious conflict of interest.

Interested in more news from Louisiana? We've got you covered! See More Louisiana News
Previous Article Beyoncé’s New Orleans Inspired ‘Formation’ Says A Whole Lot Of Nothing
Next Article John Bel Edwards And Jeff Landry Are Mobilizing For War, And It’s Going To Get Interesting