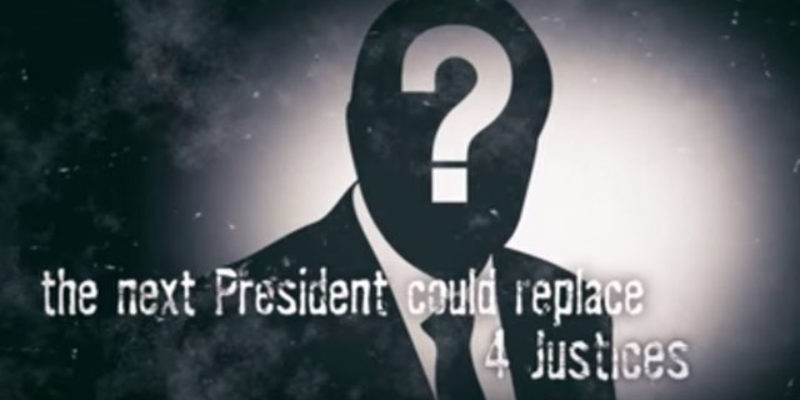 This is another edition of the work Courageous Conservatives PAC and our buddy Rick Shaftan is doing to promote Ted Cruz in South Carolina, and it makes an interesting and important argument for why Trump is a bad idea…

That the next president will likely not only replace Scalia, but probably Kennedy, Thomas and Ginsburg as well, particularly if he’s in office for two terms, is probably the most important aspect of this fall’s election. You need not only a Republican but somebody who really knows and understands the Supreme Court and the role it can and should play in American government in order to not muck that up.

George W. Bush had an exceedingly spotty record in nominating judges, and while Samuel Alito was a good hire John Roberts has been, at best, a disappointment for those who believe as Scalia did that the actual words of the Constitution matter.

Cruz is the guy who will without question get the Supreme Court nominees right. Nobody can say with any certainty that Trump won’t appoint a bunch of Robertses at best and David Souters at worst. And that’s something we really can’t afford.

The polls in South Carolina seem to indicate Trump is going to win comfortably there, though yesterday an internal Bush poll showed Trump at 26 and Cruz at 24. It’s hard to know if any of them are worth relying on. But the argument against Trump – not just on the Supreme Court but in response to Saturday’s bizarre Trump rant about George W. Bush being responsible for 9/11 and lying us into war in Iraq – is hard for him to counter with anything intelligent.

Interested in more national news? We've got you covered! See More National News
Previous Article VIDEO: Rubio’s Terrific “We’re All In This Together” Speech
Next Article Taylor Swift At The Grammy Awards, Making People Sexist Since ‘1989’