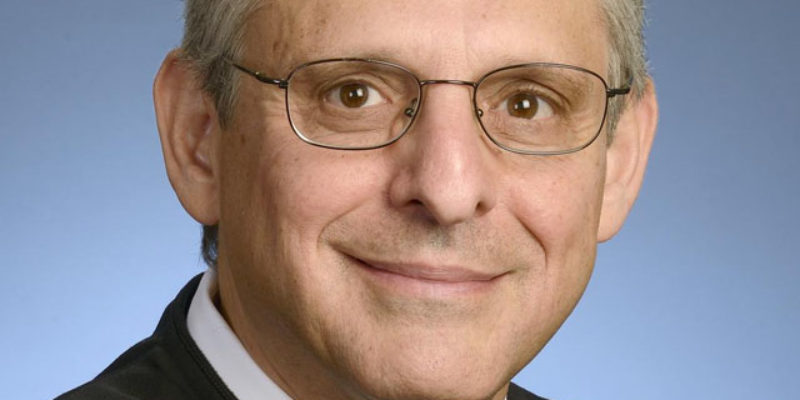 Garland has a reputation as a center-left moderate, though he’s a gun-grabber and that alone makes him unacceptable as the replacement for Antonin Scalia.

Garland was a vote for overturning the DC Circuit’s decision in the Heller case, which is the major Supreme Court ruling upholding the 2nd Amendment right to keep and bear arms under so much attack from the Democrat Party. Putting Garland on the Supreme Court would mean five votes to essentially gut the 2nd Amendment, and a Republican Senate which allows that is a Republican Senate not worthy of support.

But, some might reason, as Garland isn’t quite so awful on other issues he might be the best we could hope for on the Supreme Court. After all, if Hillary Clinton gets elected and drags the Senate majority in with her coattails, you could expect a much more left-wing nominee than Garland.

Perhaps so. But John Yoo, writing at National Review, offers a good counter-argument to that…

Choosing Garland indicates that President Obama hopes a moderate choice can get through the Senate. He has put aside the opportunity to choose a nominee who had no chance, but could be a convenient point of attack in the presidential campaign.

Nevertheless, Senate Republicans should keep Justice Scalia’s seat open at least until the November elections. The Senate has rarely confirmed Supreme Court nominees during a presidential election year, especially when opposite parties have controlled the Senate and the White House. The Constitution does not require the Senate to confirm anyone; it only requires the Senate’s advice and consent before the president can appoint a justice to office. The Republicans can await the outcome of the elections. If a Republican wins the presidency, then the people will have spoken in favor of replacing Justice Scalia with another conservative. If a Democrat wins, the Senate could confirm Garland or await a pick from Clinton or Sanders. But in either case, the American people will have had a say in filling a seat on a Court that has seized more and more issues from the political process. It is the least that democracy requires.

Yoo is correct. Garland’s nomination shouldn’t be rejected outright. It should be tabled until after the election. If a Ted Cruz or even Donald Trump were to be elected, then Garland could be discarded in favor of someone fit to sit in Scalia’s seat. If Hillary wins, then Garland could be confirmed in the lame-duck Senate session.

Of course, Obama’s counter-move could be to rescind Garland’s nomination if he sees Democrat victory and then offer up someone much further Left, in which case there would be no safe option. The response? So be it. At the end of the day, the point of voicing a delay in confirming any Obama nominee is to give the people the option to help pick a Supreme Court justice. If the people opt for a Democrat president and all of what that entails, then this one Supreme Court seat is only one of a host of large problems.

Interested in more national news? We've got you covered! See More National News
Previous Article The Low Popahirum, March 16, 2016
Next Article Apparently Donald Trump And John Kasich Are Both Bowing Out Of Next Week’s Debate