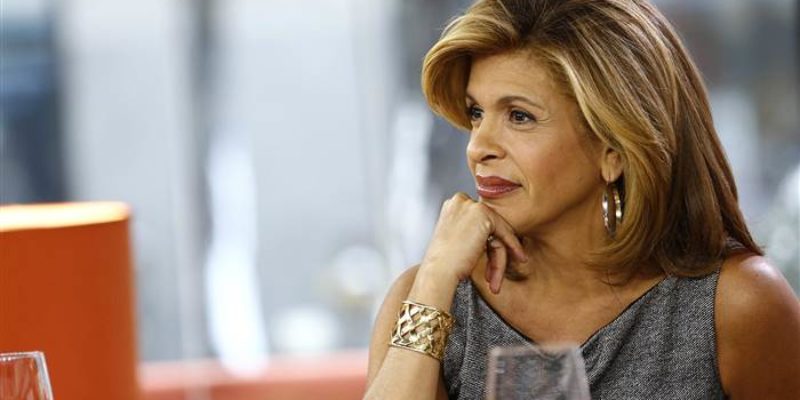 Update: Hoda Kotb and her friend WWL-TV News Anchor Karen Swensen have responded to the petition. Read their responses HERE.

Update: The petition has disappeared following this report by the Hayride. Story HERE.

Though Kotb is maybe one of the most liked news personalities on television, some Tulane students are accusing the talk show host, who famously sits alongside Kathie Lee Gifford on their morning news show, of not being inspirational enough for the student body.

Here’s what the petition claims and asks in full:

We all feel cheated. Given the amount of money, work, and passion we have poured into our educational careers at Tulane, we think we deserve better than this. Hoda Kotb is hardly an inspirational figure, and despite the fact that she has had a successful career in journalism, we feel that we deserve a more recognizable and more prominent figure than her. Commencement speeches are supposed to inspire students before they are thrown into the real world. Hoda Kotb spends her time sipping wine on talk shows, and discussing which dog breed is trendiest in 2016. There’s hardly anything inspirational about that. This is an embarassment not only to the entire class of 2016, but also to the school as a whole.

What is not mentioned in the petition against Kotb is her difficult climb to the top of her industry.

Upon graduating from college in broadcast journalism, Kotb was rejected by a number of local news affiliates all across the country, and has explained how she actually drove herself around the country looking for a job but continued to be turned down.

That is until in 1986, WXVT-TV, a CBS News affiliate for Greenville and Greenwood, Mississippi took a chance on her and ultimately gave her a platform to report.

Kotb has become a prominent honorary-hometown-New Orleans-celebrity because in 1991 she was the nightly news lead reporter for WWL-TV, a position she held for six years, reporting and exposing the city’s horrific crime elements at the time.

Following her stint in New Orleans, she became a correspondent for the highly-respected news program, Dateline NBC, where she covered the Iraq war, the disaster of Hurricane Katrina, the South East Asian tsunami and the conflict between the Israelis and Palestinians in the West Bank and Gaza.

But perhaps her most famous piece of work was her confidential interview with the internationally recognized leader of Burma Aung San Suu Kyi who was imprisoned at the time. Kotb’s interview was the first time Suu Kyi had been interviewed by the American press in 11 years.

Aside from her excellent work as a journalist, Kotb is a survivor of breast cancer. Of course, none of this is mentioned in the petition against Kotb, rather students complain that all she does is sit around “sipping wine.”

“We feel that we deserve a more recognizable and more prominent figure than her,” one sentence reads. The same “we deserve” tone is evident throughout the comments below the petition.

“They get the Dahlai Lama a couple years back and I get stuck with this? I’m sure she’s a nice lady but after all the hard work I’ve put in you can do a little better than a y-list celebrity….” one comment reads.

“After spending so much for my son’s tuition at Tulane I think the students are deserving of a more inspirational speaker,” a comment from a Tulane parent reads.

The petition is nowhere close to 1,000 signatures yet, sitting at about 240 signatures so far. Tulane University has yet to address the petition.