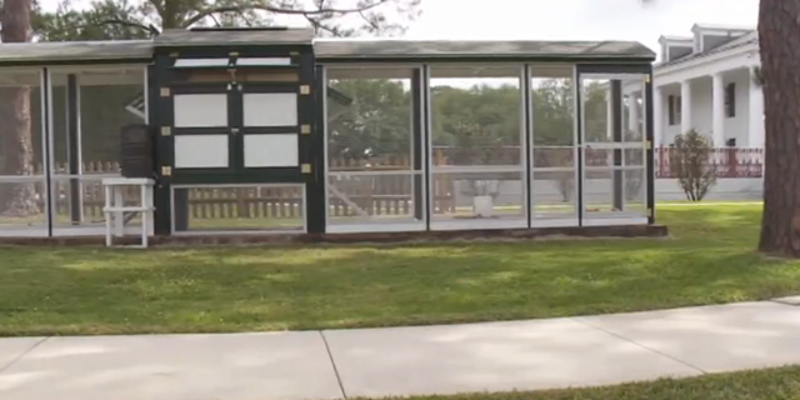 Those are just a couple of highlights from the interview our governor did with WWL’s Eric Paulsen yesterday.

Edwards can do what he want with the property, so his chicken coop is his business. The rest of us can point to that as evidence he’s “country come to town” and make jokes about his relationship to those chickens and so on, but if he wants to raise chickens at the governor’s mansion he’s free to do so. Most politicians would be satisfied with a dog or a cat.

Meantime Paulsen asked a good question about the public perception – correct as it is – that if you elect a Democrat you’re going to get tax increases, but he let Edwards get away with the response that anyone who took office this year would have been raising taxes and there was no other option.

That’s simply not true, or at minimum it’s not true to the extent Edwards claims.

He’s raised over a billion dollars in taxes, perhaps as much as two billion dollars, and he’s going to call a second special session to raise more – including what now looks like a major hike to the state’s gasoline tax.

David Vitter wouldn’t have gone on a tax-raising binge. Vitter would have attempted a restructuring of the state budget in order to scale back the $6 billion in welfare flowing from the state capitol to local governments and attempt to balance as much of the budget as possible by cutting that $6 billion. That might have meant local tax increases, which would have to be voted on locally, or it might not.

Vitter was reticent to advertise this fact during the campaign, as he was already in a difficult position vis-a-vis local sheriffs, mayors and school boards who were opposing him because they knew his plans even if the public didn’t. Vitter had studied what’s wrong with Louisiana’s fiscal structure, though, and had a plan to make the necessary changes to reform it.

And Edwards knows this. He’s lying.

Maybe he built that chicken coop in order to house his speechwriters.

Interested in more news from Louisiana? We've got you covered! See More Louisiana News
Previous Article The Gutlessness Of Louisiana Republican Leges Is Starting To Reek
Next Article Looks Like They’re Serious About Running Off Roy King As The LSU Band Director